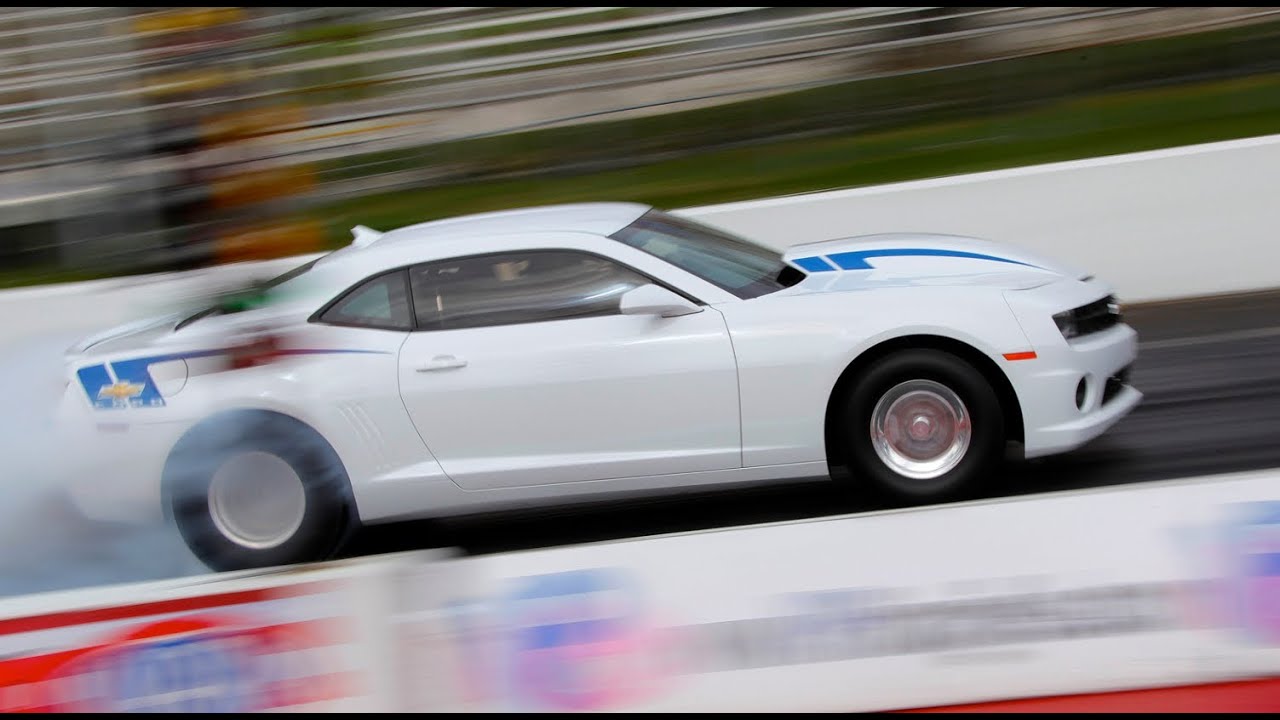 Videos
Share on Facebook
Share on Twitter
Share on Pinterest
Share on LinkedIn
It’s the baddest factory Camaro ever! The 2012 COPO Camaro is a pure drag racing car built to compete in NHRA Stock Eliminator and Super Stock classes, and in this episode of HOT ROD Unlimited, we go behind the scenes within General Motors to learn about the car, watch some radical burnouts, meet some of the people behind the COPO, see one of the engines on the dyno, and visit the Performance Build Center where the engines are assembled. At the time of our visit, the only COPO was the very first one, known as the Proof of Concept car, serial number 001. GM was not ready to release engine power numbers, drag times, or vehicle weights, as class details are still being worked out with the National Hot Rod Association.

COPO stands for Central Office Production Order, a process that was used in the ’60s for fleet managers to order unusual combinations of options. Dealer Fred Gibb figured out how to use the system to get GM to assemble cars that were never intended for production. He ordered 1969 Camaros that used a derivative of GM’s 427ci, all-aluminum ZL1 race engine, and bought enough of them to make them legal to compete as production cars in NHRA and AHRA drag racing. There were 69 ZL1 Camaros built in 1969, and Chevrolet is building the same number for 2012.

The new COPO is a pure race car, not able to be licensed for the street, and is available with three different engines: a 427 that’s naturally aspirated, a 327 with a 2.9L Whipple blower, and a 327 with a 4.0L Whipple blower. Buyers have the option to own all three engines, all stamped with the serial number of their car. The COPO is gutted of all the street equipment, has a rollcage, and the original independent rear suspension has been replaced with a Strange 9-inch rearend with 4.29 gears and a spool. Other aftermarket parts include Strange struts and brakes, and ATI Powerglide transmission, an Aeromotive fuel system, Bogart wheels with COPO engraving, and Hoosier 30×9.00-15 radial slicks and skinny front drag tires.

Subscribe now to make sure you’re in on all the action!
http://www.youtube.com/subscription_center?add_user=motortrend