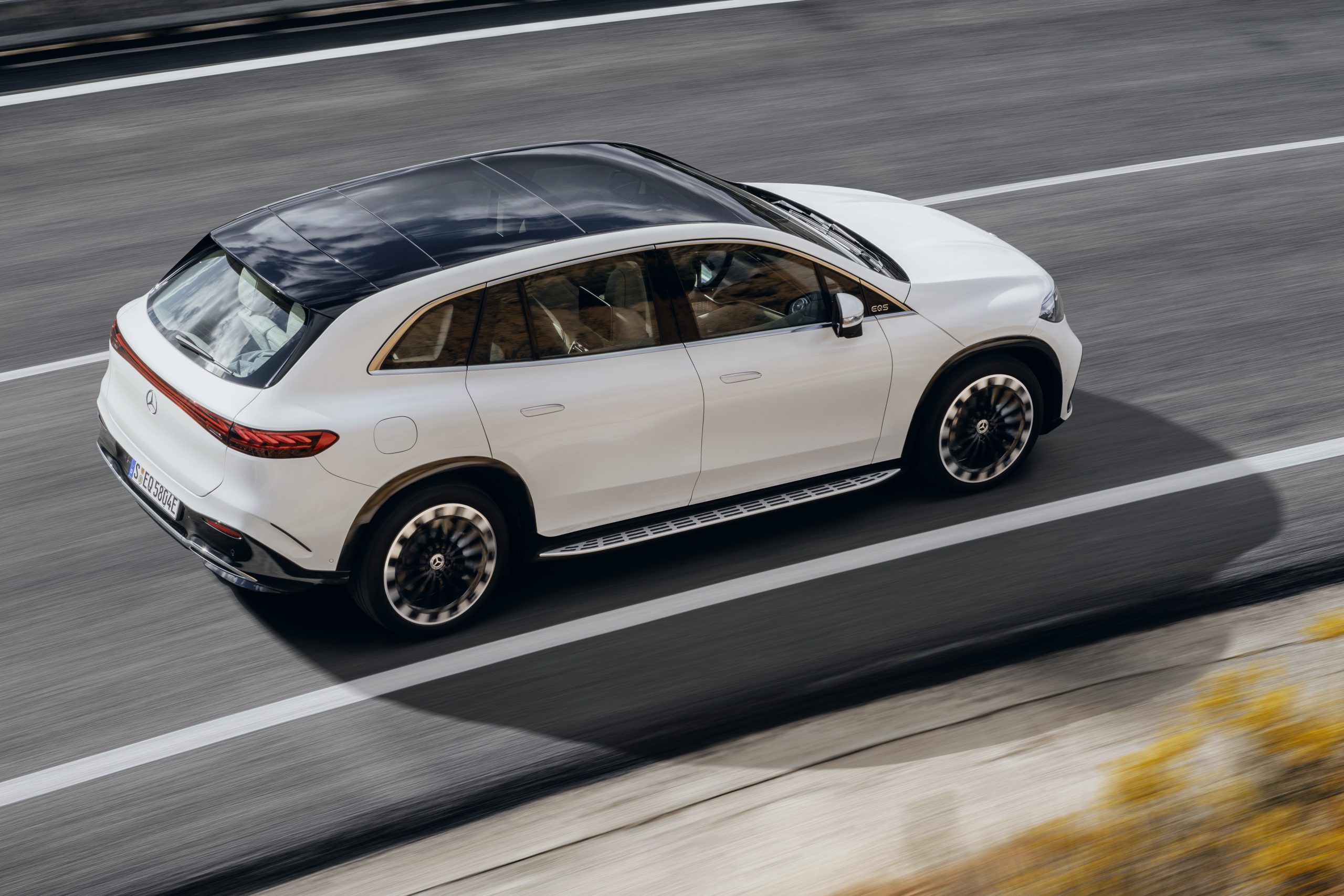 Mercedes-Benz has announced the pricing of its six EQS SUV trims that are built in the company’s Tuscaloosa, Alabama, facility in the United States. Starting at $104,400, Mercedes-Benz launched production of the premium electric SUV started production last week, making it the first vehicle on the EQ platform to be built in the U.S.

The U.S.-built EQS SUV has three trim levels and three packages, each showcasing the EQ’s innovative tech and luxurious features that Mercedes-Benz has built a reputation for with its cars. Each vehicle comes with typical standard features, including Mercedes’ entire suite of both active and passive Driver Assitance Systems. The EQS 450+ and 450 4MATIC SUV trim levels come standard with a 12.8″ OLED multimedia touchscreen in portrait orientation. Meanwhile, the EQS 580 4MATIC SUV, which is the most premium trim level across the three groupings, includes Mercedes BMUX Hyperscreen with three displays “merged seamlessly under a single 56-inch curved glass surface.”

Mercedes-Benz has three packages available, each offering something more than the previous one. Premium is the “entry-level” package, while Exclusive and Pinnacle are the middle and highest levels, respectively. The packages are broken down as such (prices exclude $1,150 destination and delivery charge):