The Los Angeles Police Department has started to crackdown on unlawful street takeovers.

Over the August 19-21 weekend, the LAPD initially responded to a takeover that was quickly forming in West L.A at the intersection of Sawtelle and National boulevards. Hundreds of people had gathered but police swooped in before the takeover could even begin.

KTLA reports that authorities responded to a number of other street takeovers throughout the course of the weekend, ultimately making six arrests, issuing 82 citations, and impounding 34 vehicles. One individual arrested had a warrant for attempted murder while another had a warrant for possession of a loaded ghost gun.

On Friday and Saturday, the LAPD joined multiple police agencies from Southern California to combat and disrupt a growing and dangerous problem: street racing and takeovers. pic.twitter.com/E1GxxZxiJx

“On Friday and Saturday, the LAPD joined multiple police agencies from Southern California to combat and disrupt a growing and dangerous problem: street racing and takeovers,” the LAPD said on Twitter. “The collaborative efforts by everyone involved made an impact and sent a message – we will not condone this illegal and often deadly behavior.”

On August 18, LAPD detective Ryan Moreno said that the department had a zero-tolerance policy for street takeovers and confirmed that vehicles would be seized in a bid to clampdown on the practice. 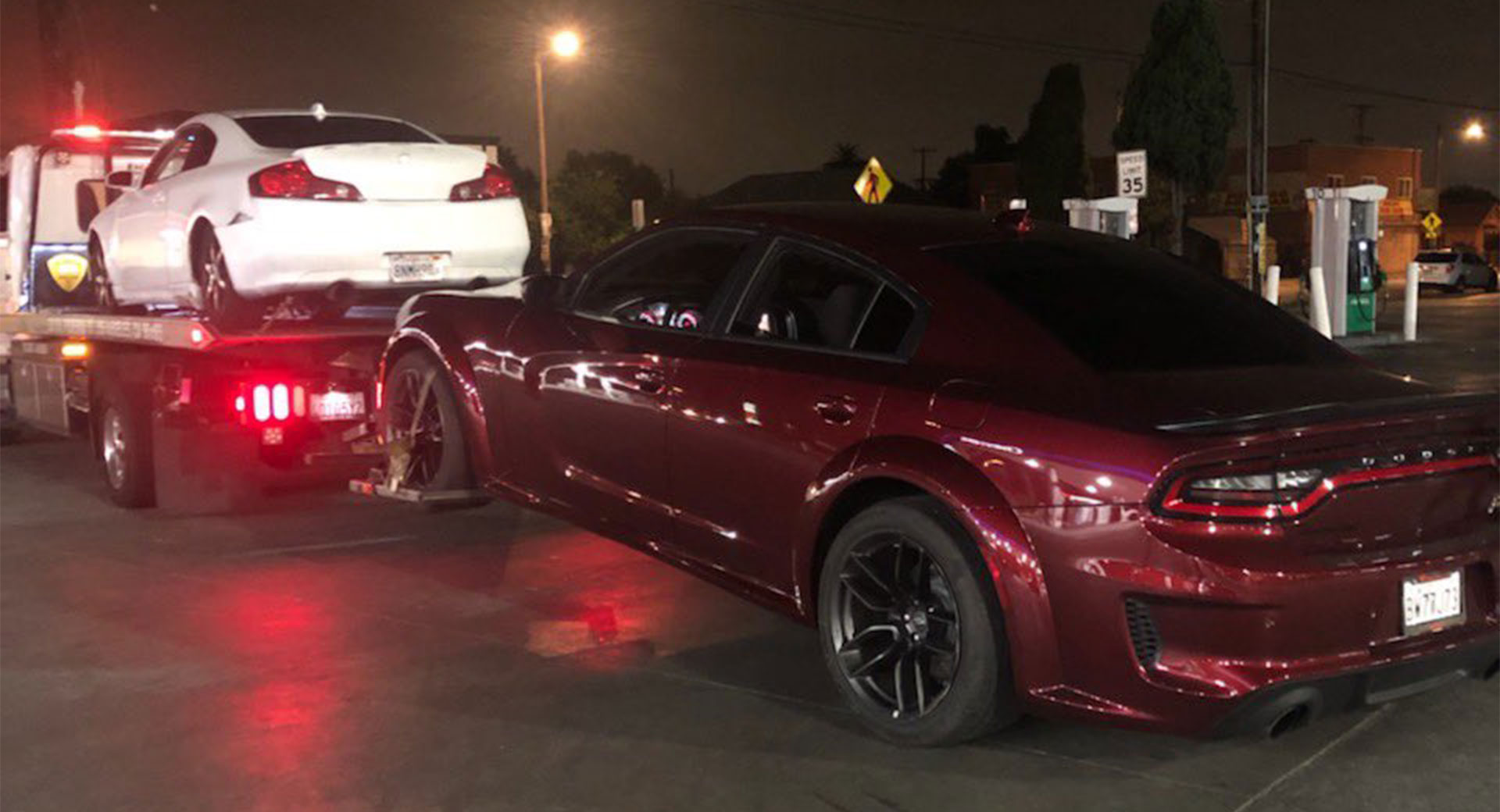 “We really want to stop this from becoming a new trend where they think they can show up and take over a street, freeway or any part of the city,” Moreno added.

Some cities in the United States have started to install Botts’ Dotts across large intersections to discourage street takeovers. These raised pavement markers have been installed at various intersections in Compton but footage from last weekend reveals that they haven’t proven to be particularly useful.