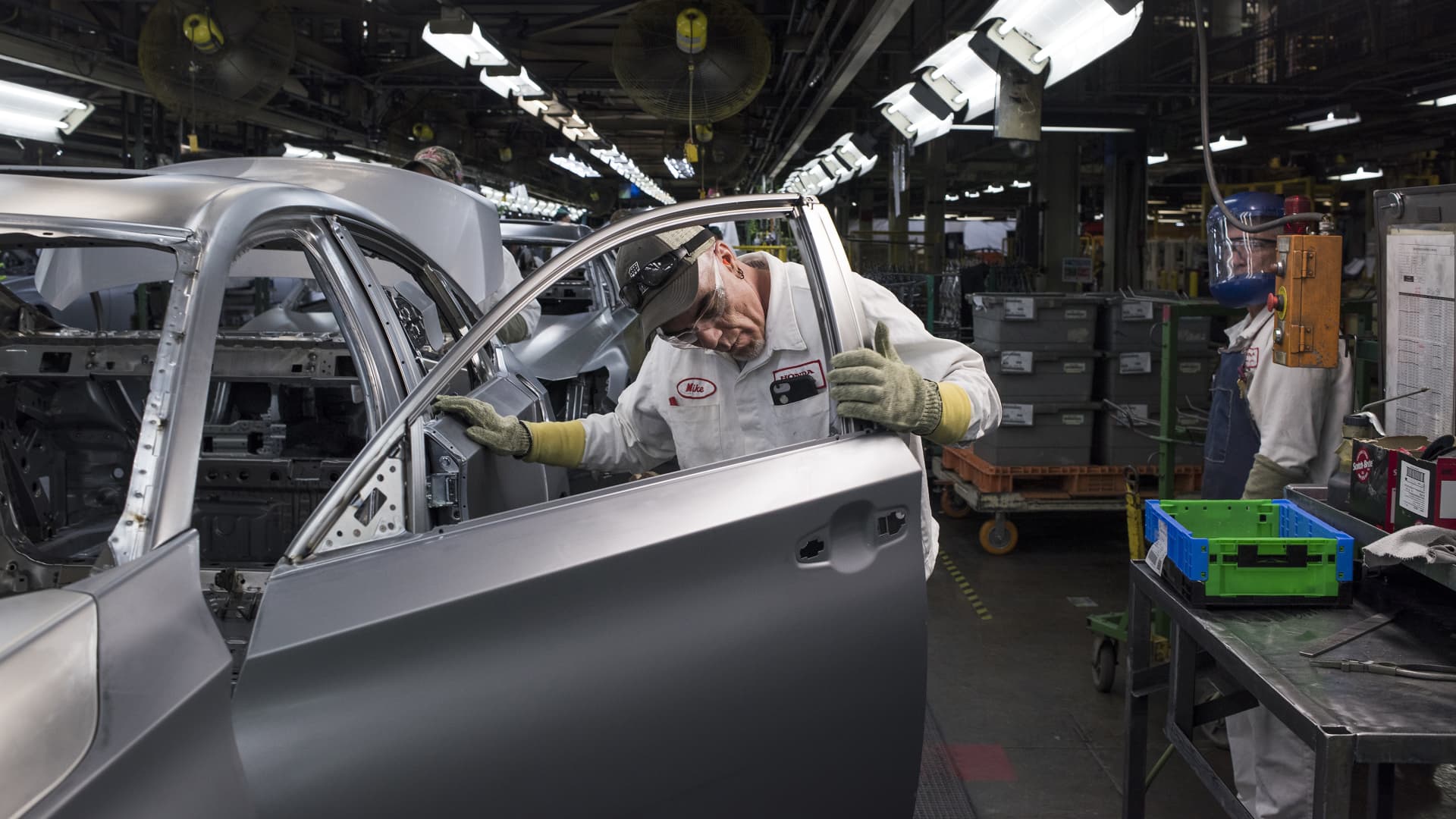 An employee inspects the door of a 2018 Honda Accord vehicle during production at the Honda of America Manufacturing Inc. Marysville Auto Plant in Marysville, Ohio, on Thursday, Dec. 21, 2017.
Ty Wright | Bloomberg | Getty Images

Honda Motor and LG Energy Solution said Monday they plan to invest $4.4 billion to build a new battery production plant for electric vehicles in the U.S.

The announcement marks the latest plans by automakers to invest in American production of battery cells for electric vehicles, as the industry works to to meet stricter regulations and accelerate production of such zero-emissions cars and trucks. Others have included General Motors, Ford Motor, Rivian Automotive and Hyundai Motor.

Honda and LG Energy said their plant is expected to begin mass production of advanced lithium-ion battery cells by the end of 2025. The facility will be built and operated by a joint venture between the companies, which is expected to be established this year.

Many of the battery plant investments by automakers follow the stricter sourcing guidelines that are part of the United States-Mexico-Canada Agreement (formerly the North American Free Trade Agreement) and, more recently, the Inflation Reduction Act. Both increased requirements for domestically sourced parts and materials for vehicles to avoid tariffs or be eligible for financial incentives.

Honda and LG Energy Solution did not announce a location for the multibillion-dollar plant, but automakers have largely been announcing battery production near their assembly operations. Honda currently has large manufacturing facilities in Ohio, Alabama and Indiana.

The new plant will aim to have an annual production capacity of approximately 40 gigawatt hours, which is in line with plants announced by other automakers. Earlier this year, Japan-based Honda said it plans to release 30 electric vehicles globally and produce about 2 million EVs a year by 2030.

Youngsoo Kwon, CEO of LG Energy Solution, called the new plant “another milestone” for the South Korea-based company, which also has joint ventures with GM, Hyundai and Jeep-maker Stellantis.

“Aligned with our longstanding commitment to build products close to the customer, Honda is committed to the local procurement of EV batteries which is a critical component of EVs,” said Honda CEO Toshihiro Mibe in a release.

LG Energy Solution is a spinoff from LG Chem.