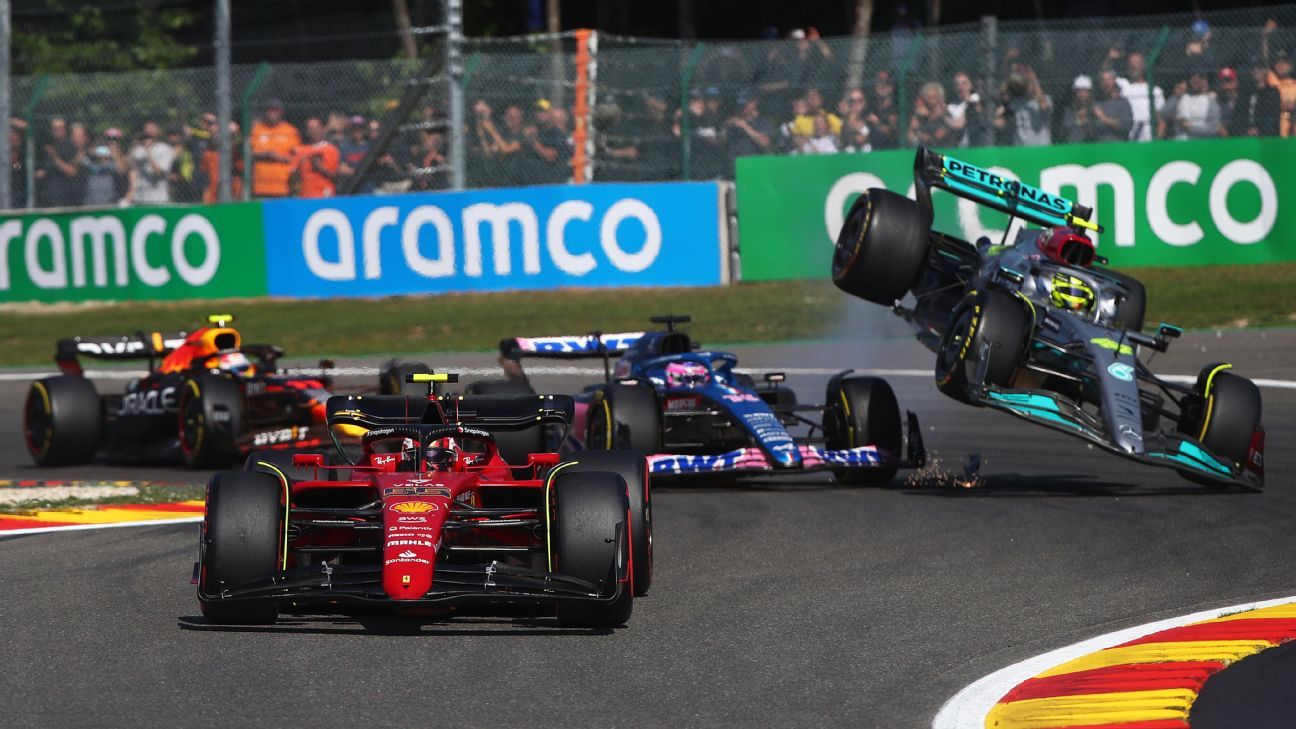 Lewis Hamilton said he will not talk to Fernando Alonso about their collision at the Belgian Grand Prix because of what Alonso said about him immediately after the incident.

Old Formula One rivals Hamilton and Alonso collided on the opening lap Sunday while fighting for third position at Les Combes chicane.

Immediately afterward, an angry Alonso said on his car radio: “What an idiot! Closing the door from the outside. We had a great start, but this guy only knows how to drive and start in first.”

Hamilton retired from the race several moments later and accepted full responsibility for the incident, saying Alonso was in his blind spot, although the race stewards found neither driver was wholly to blame and took no further action.

When told what Alonso had said and asked to comment, Hamilton said: “I don’t really have a response to it. I know that how things feel in the heat of the moment, but it’s nice to know how he feels about me.

“It’s better that it’s out in the open how he feels.

“And like I said, it wasn’t intentional. And I take responsibility for it — that’s what adults do. So it is what it is.”

Hamilton was then asked if he will talk to Alonso after the race about the incident.

Alonso was happy to hear Hamilton had taken responsibility for the incident but said it was not the first time his former McLaren teammate had been in that kind of incident.

“He now saw the incident and he takes responsibility, which is obviously very nice from him. It was a Lap 1 incident, nothing really more to say there or the stewards. They didn’t say anything because these things happen in that corner.

“It happened in the past, also, I remember with [Lewis Hamilton and] Nico Rosberg, the same thing. So it’s a tricky corner. I was frustrated in that moment, for sure.

“Every time we start in the first or second row and we are fighting for top three, there is something going on. I was frustrated, but luckily my car was very strong and there was nothing going on. Lewis had not much luck and had to retire the car.”