Using the Mustang name for its Tesla Model Y-rivalling Mach-E was a smart marketing move by Ford that has doubtless encouraged thousands of drivers to make the switch to electric power.

But there’s still a hardcore band of old-school pony car fans that think the Mach-E is a Mustang pretender. And it’s only the fact that it’s a four-door crossover that’s the problem, or that you can’t order one with a V8 or manual transmission. What really raises suspicions that the EV isn’t a real Mustang is the general lack of pictures and video on the internet of them being crashed in seriously embarrassing circumstances.

You won’t find YouTube footage of a Mach-E exiting a car show in a flurry of tire smoke before snapping back the other way and T-boning an innocent car on the other side of the median. And we’ve yet to come across a Mach-E wedged into the side of a school bus, or limping away in shame after drifting into a curb. 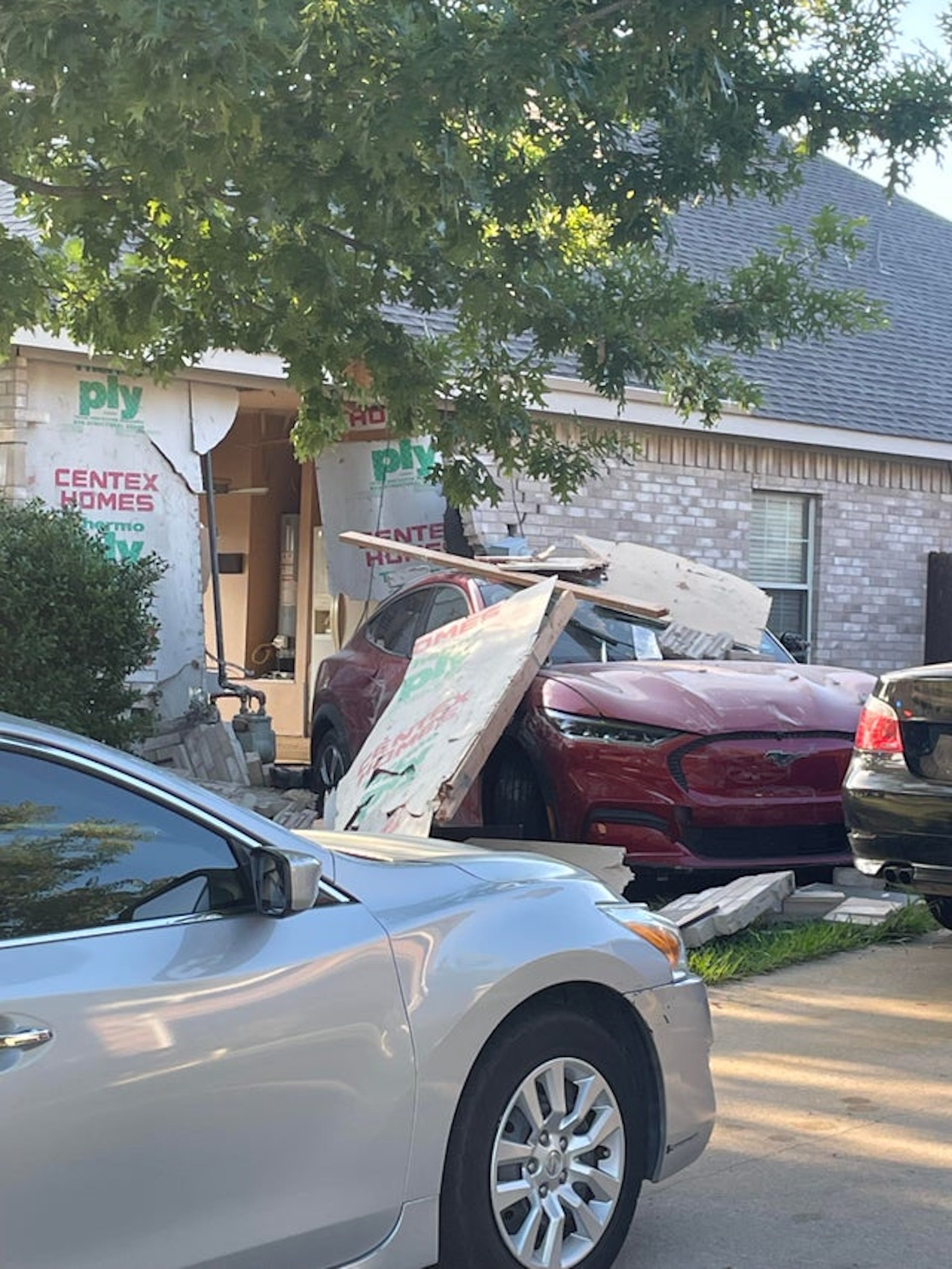 But this particular Mach-E was clearly determined to prove its Mustang credentials to fans of the genuine combustion pony car. So determined in fact, that it appears to have driven though its own garage wall. We don’t know the circumstances of this accident, which has been posted multiple times to Reddit, but it’s certainly made a mess of the garage wall, and the Mach-E’s bodywork hasn’t fared so well either. The panel damage isn’t catastrophic, but the hood has taken a battering and there’s a good chance the grille, bumpers, fenders and doors are also going to need some work.

We’ve no idea whether the driver was attempting to inch forward and got too amorous with the gas pedal, or whether they were intending to reverse but had selected drive by mistake. And we can’t be sure which of the Mach-E’s four available driven modes the driver had selected at the time it decided to bust loose, but it would be especially fitting if the sportiest “Unbridled” mode was engaged when the EV engaged with the wall of its house.