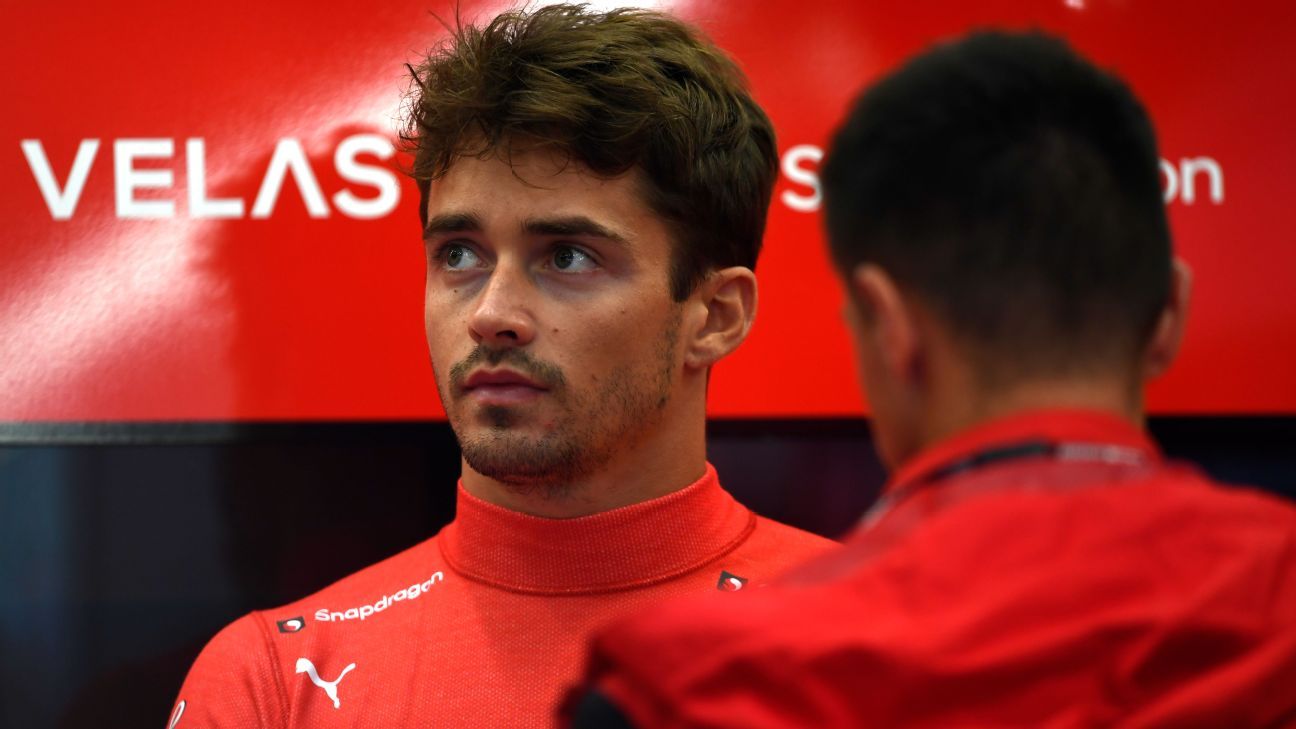 SPA-FRANCORCHAMPS, Belgium — Charles Leclerc is concerned Ferrari’s rival Red Bull has found a significant step in performance after Max Verstappen qualified over 0.7s clear of the rest of the field at the Belgian Grand Prix.

Grid penalties for Verstappen and Leclerc mean they will both move down the grid and start from 15th and 16th, but Leclerc said his gap of nearly a second to his championship rival was a cause for concern.

The Ferrari driver doubts it was just a quirk of car performance at Spa-Francorchamps and is instead worried it is a sign Red Bull has built an advantage over Ferrari.

“I mean, if it’s track specific then they built this car exactly for this track because 0.7s is a lot,” he said. “So I don’t know.

“They found something this weekend that is quite impressive. I mean, it’s a big gap. So I hope that in Zandvoort it will change.

“But before that we’ve got the race tomorrow, we seem to be a bit more competitive. Let’s see how it goes.”

Knowing he had a grid penalty regardless of his qualifying performance, Leclerc said he tailored his setup to the race instead of single lap performance but he doubts that accounted for all the difference to Verstappen.

“Overall, I focused a bit more on the race,” he added. “So I was quite a bit happier with my car in the race than I was in qualifying.

“So yeah, looking at Friday [practice], it looked positive. But again, looking at qualifying when there’s this much of a gap, I struggle to see us as competitive as them in the race tomorrow for some reason.

On his final run, Leclerc expressed surprise when Ferrari sent him out on a new set of soft tyres — believing they would save them for the race — but said it would not have a significant impact on his race.

“I think there was a miscommunication. It wasn’t a big deal. But obviously I mentioned it because I was a bit surprised. But yeah, it doesn’t change anything anyway, for the rest of the week.”