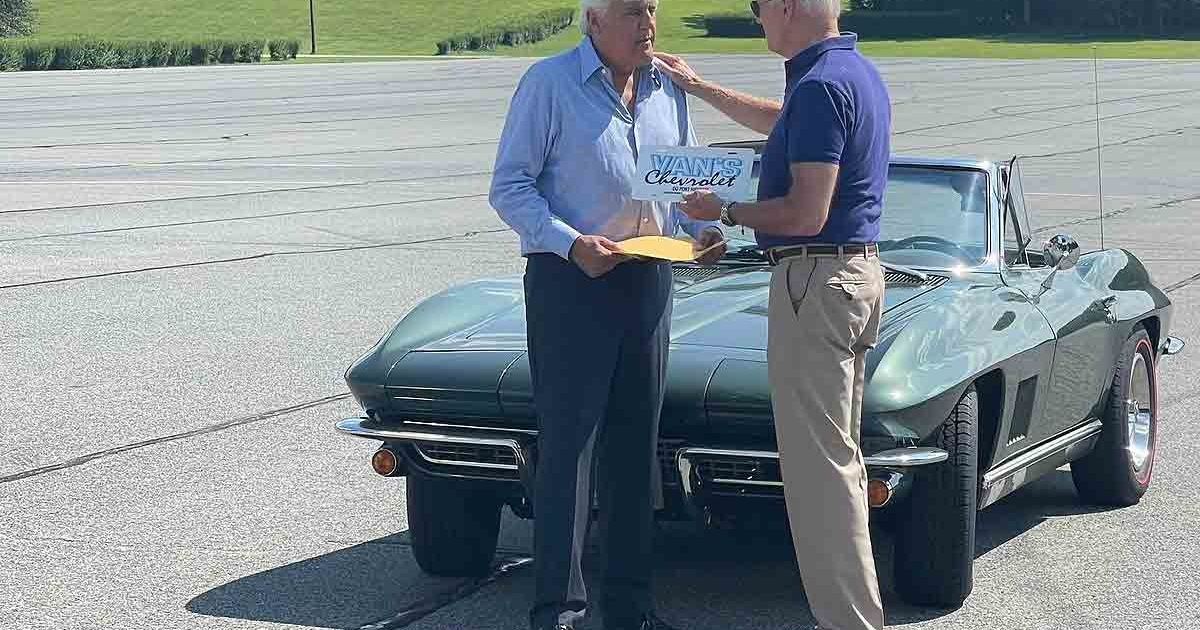 President Joe Biden drove his classic 1967 C2 Corvette Stingray and talked cars with Jay Leno on Friday as the two filmed a segment for the comedian’s CNBC show.

“It was really good. It was even more fun driving my old Corvette,” Biden told reporters after taping the clip for “Jay Leno’s Garage” at the James J. Rowley Training Center, a Secret Service facility, in Beltsville, Md.

“We talked about how electric cars are going to change the nature of our environment in the United States,” he added.

Biden throughout his presidency has sought to promote sales of EVs, and a climate and tax bill he signed earlier this month includes tax credits for EVs and incentives for clean-energy projects.

Biden said he also had another opportunity to drive a Ford Motor Co. F-150 Lightning, the electric version of the company’s top-selling pickup truck.

“And they had that Ford Lightning vehicle, got to drive that again too. That was a fast SOB,” he said.

Biden previously appeared on Leno’s show in 2016. The comedian, 72, was formerly a long-time host of NBC’s “The Tonight Show.”

The White House is ramping up Biden’s public appearances and campaign events to reach voters ahead of November’s midterm elections. Biden is coming off a series of legislative and policy victories, including signing the Inflation Reduction Act, bipartisan measures to boost domestic semiconductor production and improve gun safety, and the release of his long-awaited plan to aid student-loan borrowers.

The president and other Cabinet officials are planning events in the coming weeks to promote those measures, which have boosted Democrats’ prospects for retaining their slim House and Senate majorities in the midterms. The president’s popularity is also improving, according to the latest Gallup poll, which found that his approval rating jumped six percentage points in August to 44 percent.

Biden shifted into campaign mode on Thursday to test out his midterm message.