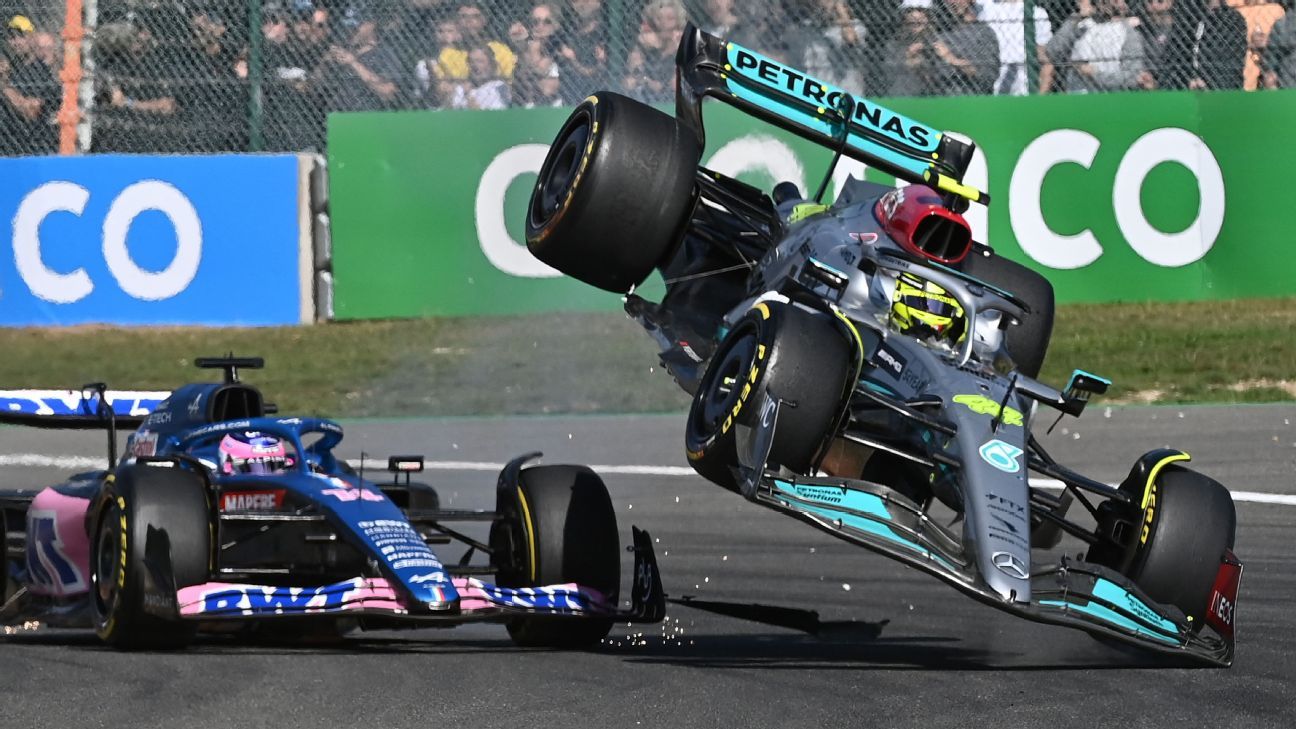 Fernando Alonso labelled seven-time world champion Lewis Hamilton “an idiot” who only knows how to race at the front after they collided on the first lap of the Belgian Grand Prix on Sunday.

The two old rivals were battling for third position down the Kemmel Straight with Hamilton looking to overtake Alonso around the outside of the Les Combes chicane.

As they went through the entry to the corner they made contact, sending Hamilton’s car into the air briefly before both went over the run-off area and rejoined the circuit.

A radio message from Alonso was later broadcast, with the Spaniard saying: “What an idiot! Closing the door from the outside. We had a great start but this guy only knows how to drive and start in first.”

Alonso was able to continue, but the collision ended Hamilton’s race. Mercedes told him to stop his car several corners later.

“Looking back at the footage, he was in my blind spot and I didn’t leave him enough space so it was my fault today,” Hamilton said. “Just sorry for the team.”

When asked about the radio message, he said: “Doesn’t really matter what he said. Like I said, it was my fault.”

The stewards did not deem the incident worthy of further investigation, suggesting they felt it had been a racing incident with neither driver predominantly to blame.

The reasoning was: “The Stewards reviewed the video evidence and determined that Alonso was on the inside at turn five. Hamilton’s front wheels were ahead of Alonso’s at the entry to the corner.

“Alonso moved his car off line to the inside with both right side tyres fully on the kerb and even somewhat inside the kerb. At no point did Alonso appear to lose control or understeer.

“Hamilton turned into towards the apex of the corner with Alonso still along side and the collision occurred.

“The Stewards considered that this was a first lap incident with a lot of movement relative to other cars in the first few corners, and thus take no further action.”

Ironically, at the time of Alonso’s quote, Hamilton had been the only driver in the last decade to have won a race from 14th or lower, doing so at the 2018 German Grand Prix.

A short while after the collision, Max Verstappen claimed a remarkable win at Spa having started from the same position.