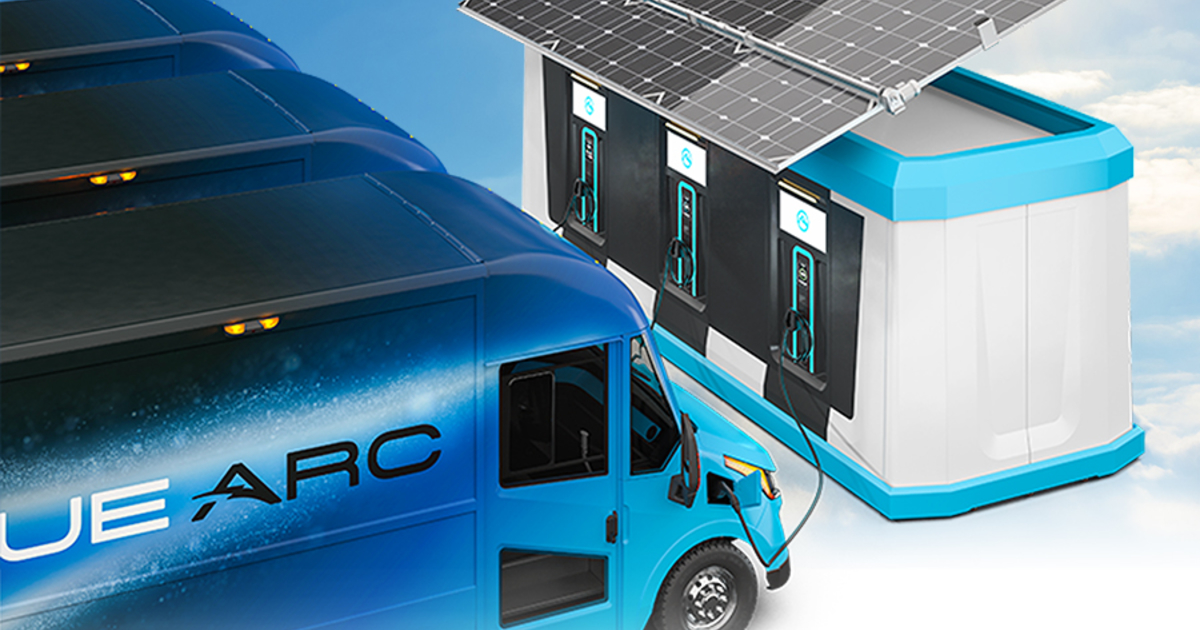 The Power Cube carries three megawatts of onboard power, enough to power six vehicles at once, according to the company.

It has fast-charging capabilities that the company says can charge passenger cars and all classes of commercial vehicles.

“We want them to buy our trucks, but if they don’t have a way to charge them, they’re not going to buy them,” Adams said.

That was particularly true for fleets that operate in rural areas, where EV infrastructure investments are lagging behind cities. It also is a problem in areas where the electrical grid is less able to keep up with large amounts of charging, he said.

But a portable charging unit would work well with fleet operations, he said. A company would charge the Power Cube during the day when its vehicles are making runs. Then it would charge the vehicles when they returned to base from their routes at the end of the day.

“They leave and come back every day. We know exactly what the range is,” Adams said.

Fleets would charge the Power Cube from the grid by tapping into a building, a generator or a light pole. Shyft also plans to offer optional solar panels or wind turbines. The concept is to create a flexible microgrid that requires no digging or trenching for a permanent underground connection.

“We want this to be successful, and we think it’s important to implement and develop green initiatives where we can,” he said.

Shyft, based in Charlotte, Mich., is entering a small but increasingly competitive market for portable EV chargers. A host of companies have begun to offer such products in recent months. SparkCharge of Somerville, Mass., has a portable fast charger called the Roadie designed to reach urban-dwelling EV drivers who lack easy access to charging stations.

The Power Cube works as either a transitional tool for companies waiting to make deeper EV investments or as a permanent solution. Many fleet operators rent the facilities where they store their vehicles overnight and won’t make costly infrastructure investments on a building they do not own, he said.

“Once people understand and they start to see how fragmented the grid is and how unstable the grid is, this is going to gain some more traction,” he said.

The size of the portable charger market is unclear. They are likely to play a limited role as EV charging infrastructure is built out, perhaps most used in emergencies, said Joel Levin, executive director of Plug In America, a Los Angeles-based EV advocacy group.

But companies might find portable chargers helpful to reduce the amount of charging during higher-cost, peak hours, he said.

“It’s not exactly being used as a portable charger then,” Levin said. “But if you use it to smooth your demand, that would be useful.”

Shyft also has other uses in mind. A portable charger can operate as an emergency power source following natural disasters such as hurricanes or tornadoes. But its top priority is on serving commercial fleets, Adams said.

“They should be the leading edge,” he said. “If there’s a place to focus, it should be into charging these commercial fleets or getting them switched over to EVs.”

Shyft plans to launch Power Cube production by the end of the year or in early 2023, subject to supply chain challenges, Adams said. It has not announced pricing.

“We want to make sure the price is right and keep some of the costs down,” Adams said.