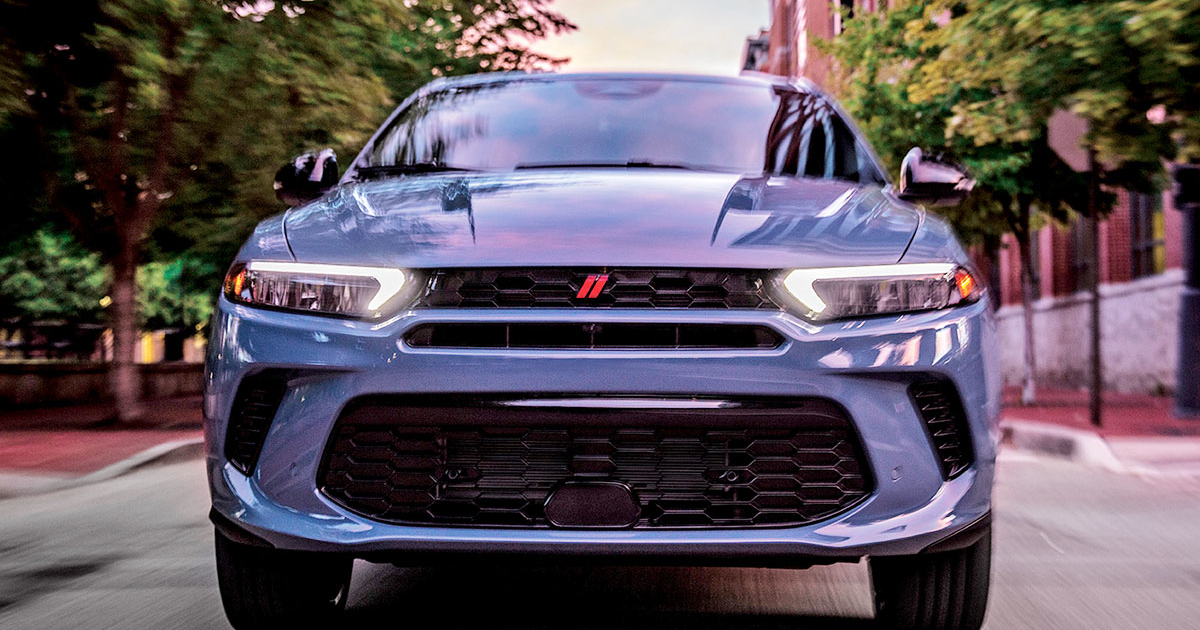 DETROIT — Dodge believes there’s an opening in the compact crossover segment that it can speed through with its upcoming Hornet, even if the muscle car brand seems out of step with someone who buys a Toyota RAV4 or Honda CR-V.

Dodge is sticking with the performance-driven messaging that has been its bread and butter for years, while pushing the Hornet as the latest entry into its “Brotherhood of Muscle.”

Dodge CEO Tim Kuniskis is ready to emphasize the Hornet’s fleetness, even though buyers in the segment tend to be focused on practicality. He believes there’s a contingent of compact utility shoppers who can be lured by this focus on speed and unique features such as a temporary horsepower boost called PowerShot.

“You could say the way we’re positioning Hornet is a total failure because you’re going into a segment that buys on price, value and fuel economy and you’re not talking about price, value or fuel economy,” Kuniskis told Automotive News. “You’re talking about performance and attitude and acceleration and PowerShot. That buyer didn’t ask you for any of that. Yeah, that’s the whole idea.”

The Hornet R/T plug-in hybrid variant, Dodge’s first electrified vehicle when it arrives early next year, will surpass 285 hp while generating 383 pound-feet of torque. The PowerShot feature can supply an extra 25-hp burst on demand at 15-second intervals.

The conventional GT trim, due to reach dealerships by year end, has a Hurricane 4 engine, a 2.0-liter turbocharged inline four-cylinder design that Dodge says will be the segment’s most powerful gasoline engine. It produces at least 265 hp and 295 pound-feet of torque.

These numbers easily surpass the segment-leading RAV4, CR-V and Chevrolet Equinox — and Dodge is banking that its numbers will turn heads.

It got an early taste this month of just how many could be drawn by this approach. The gasoline-powered GT model, which Dodge is billing as the fastest and most powerful utility option under $30,000, had more than 14,000 pre-orders on the first day it became available.

Kuniskis sees growth in the segment being driven by younger buyers that Dodge has done well with. But Kuniskis also likes to look beyond demographics and says psychographics are just as important to Dodge.

“We talk about ‘What are you into? What do you like?’ ” Kuniskis said. “Not ‘Who are you?’ but ‘How do you think?’ and I want people in that segment that think like Dodge intenders, and they’re there.”

Sean Tucker, a senior editor at Kelley Blue Book, noted that Dodge is looking to establish a niche as a speedster in one of the industry’s biggest segments. He thinks 4 percent U.S. segment share would be a reasonable goal. At the rate compact crossovers are selling this year, that would be roughly 85,000 annual sales.

Tucker said the Hornet will never be the RAV4 when it comes to volume, and he doesn’t see Dodge marketing it as a vehicle that will meet everyone’s needs, but there’s a space to carve out in the segment.

“I’m trying to figure out what buyer is going into that segment right now saying, ‘I want a small compact crossover. What has the most horsepower?’ ” Tucker said. “I don’t see right now that there’s a home for that person, so maybe that’s the niche that Dodge can create for itself. When you look at this car, you don’t say, ‘Well, that’s going to steal half of the [Subaru] Forester’s audience, that’s going to steal half the Jeep Compass’ audience.”

Randy Dye, chairman of the Stellantis National Dealer Council, said he thinks the Hornet will be a high-volume vehicle and that it’s cut from the same cloth as Dodge’s other muscle cars, even if it doesn’t have a rumbling V-8.

Dye said Dodge’s decision to tout the Hornet’s performance when many in the segment are looking for other traits is an example of the brand’s audaciousness. To Dye, this strategy is classic Kuniskis, and he thinks it will work.

“Kuniskis has already confirmed for the world that he’s certifiably nuts, but in a very positive way,” Dye said. “The value statement in that car is large. There’s a lot to that car. And the price point, at least as I understand it, is going to appeal to an awful lot of people.”