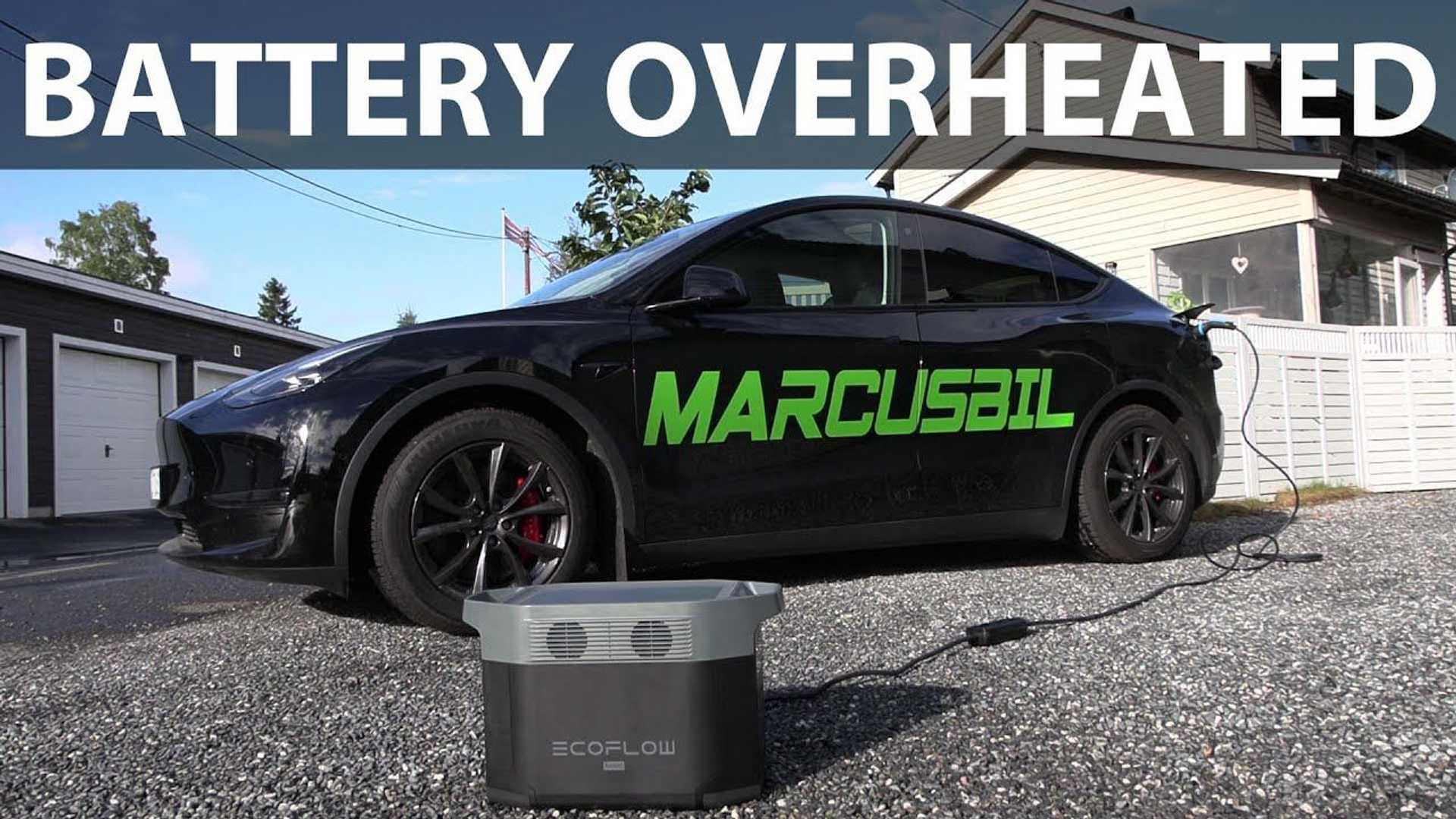 A portable battery energy storage system with an inverter as a backup power source for an electric car is an interesting idea, but is it a viable solution to prevent getting stranded?

In one of the latest episodes, Bjørn Nyland had an opportunity to test the EcoFlow Delta Max model for charging a Tesla Model Y and see how much range can really be replenished (taking into account the energy losses).

The EcoFlow Delta Max is equipped with about a 2 kWh battery and it can supply up to 2.4 kW of AC power (at 230 V). The power output level sounds like enough for basic charging.

The unit is relatively compact, but its weight is substantial at 22 kg (49 lbs). There are also various auxiliary outputs and a nice display. The biggest issue is probably the price – around $1,800 in the US (with a promotion), according to the company’s website.

According to the device, the AC power output quickly increased to over 2.3 kW and it was estimated that at such a rate, the battery would be depleted within 47 minutes.

Interestingly, the advanced EVSE charging cable shows that the car is charging at about 2.0 kW, which suggests that maybe the 2.3 kW is the DC output from the battery, while 2.0 kW is the AC power (after inverter and EVSE losses of almost 15% combined). At least that was the consensus in the comments section. Similarly, the Scan My Tesla app also showed about 2.0 kW of charging power.

The power level was very stable up to the end of basically 0-1% state-of-charge (SOC). However, the temperature of the EcoFlow Delta Max’s battery increased significantly to 51°C, despite it not being a hot day. Because of that, the device refused to recharge right after the experiment (it started later at around 45°C).

The EVSE reported 1.7 kWh delivered to the car (85% out of 2.0 kWh battery), while the Scan My Tesla app reported about 1.4 kWh added to the battery (from 29.0 kWh to 30.4 kWh), which would indicate an efficiency of 70% after the charger (on-board charger losses and maybe some auxiliary loads).

However, the real result is how far the car would be able to drive using that 1.4 kWh (until the Scan My Tesla app reports that the battery energy level decreased again to 29.0 kWh, which was the starting point of the experiment).

Driving relatively slowly and gently – as one would with a critical battery level – Bjørn Nyland was able to drive roughly 11 km (7 miles) in a fairly efficient Tesla Model Y and in good weather conditions (no heating or air conditioning needed).

That’s a very basic boost, especially considering almost an hour of charging, but potentially enough to get to another charging point (even normal AC, if there is no fast charging station around).

In other words, it’s doable if someone happens to have portable energy storage, but at a relatively high cost and compromised cargo compartment.

The positive news is that more and more new electric models are equipped with electric outlets or even can provide charging power through the charging port, which means that gradually, there will be more and more EV drivers, which could give us a boost in the case of emergency.