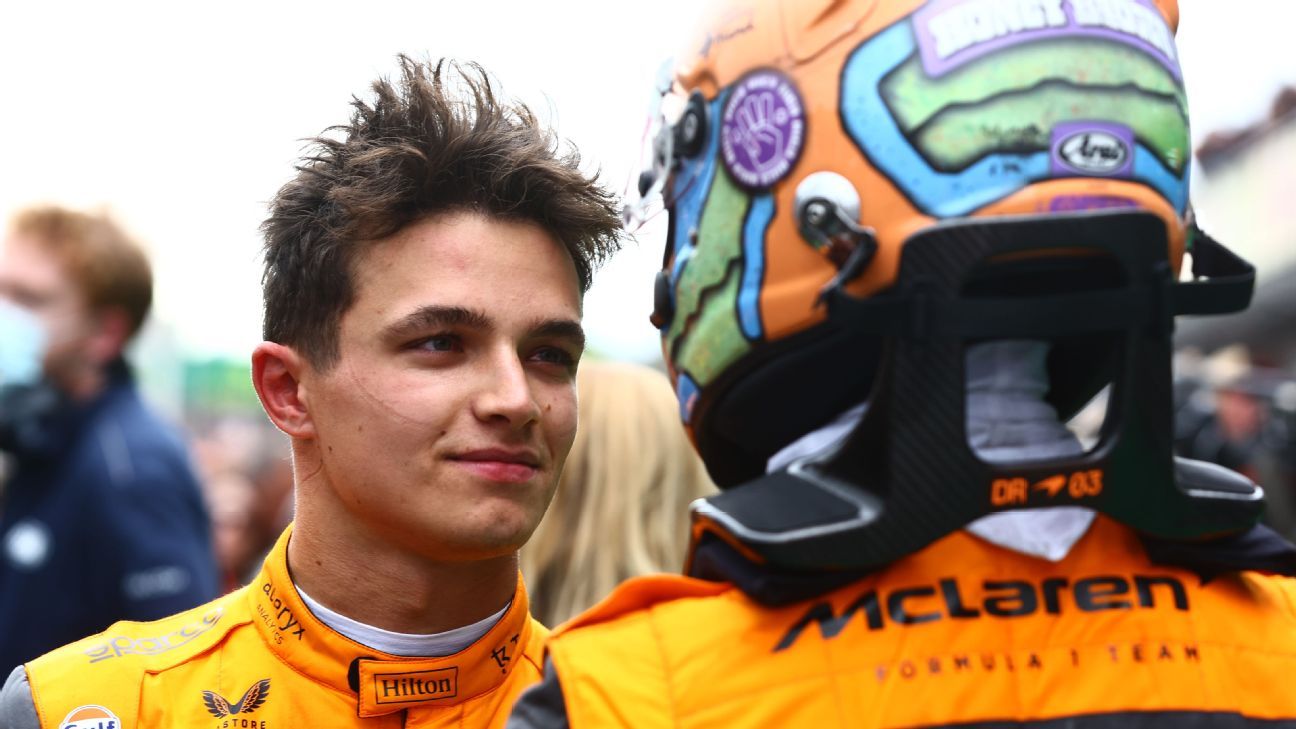 Lando Norris said he has no sympathy for the struggles which led to teammate Daniel Ricciardo’s early departure from McLaren.

On Wednesday, Ricciardo and McLaren confirmed they will part ways at the end of 2022, one year before his contract was due to expire.

McLaren’s decision was ultimately prompted by Ricciardo’s disappointing form this year — the Australian is 57 points behind Norris coming out of F1’s summer break.

“It’s not me having a dig or anything but when you look at the results… if you want two people to be at the same level then you’re not surprised. It’s hard to know when to call it, I guess, which is what they’ve done.”

When asked if he had any sympathy for Ricciardo’s difficult season, Norris said: “I hate to say it, but I would say no.

“People will probably hate me for saying it but it’s difficult because I never know if I might encounter that in the future with this car or with a different team or whatever, so I never want to contradict myself going into the future, but I’ve just got to focus on my driving.”

Norris said F1 drivers have to focus on themselves due to the nature of the championship.

“It’s not my job to focus on someone else, and I’m not a driver coach, I’m not here to help and do those kind of things. I’m here to perform at my absolute best and that’s about it. So it’s difficult when people start to have an expectation that it’s my job to also do these other things and helping and describing this and doing that when that’s not really the case.

“It’s also the case that if I don’t perform well for a few years then it can also be the end of my career, the end of me driving in Formula One, so I’ve got to focus on myself for the majority of it. Every driver has to adapt to the scenarios that they’re in and that’s what I feel like I’ve had to do.

“It’s not a car that I’ve just been able to jump in and feel like I can just flow with and perform exactly like I want. At the beginning of the year Daniel was performing better than I was – in the preseason tests and stuff – and it looked like he could just go out naturally and drive the car how he wanted to, and I had to start to learn a new way of driving compared to how I’d been used to driving the car for the last few years.

“So I feel like I’ve had to do a job of adapting and so has he, but I don’t feel like for any driver you would have to have sympathy for them because they have not been able to do as good of a job.”