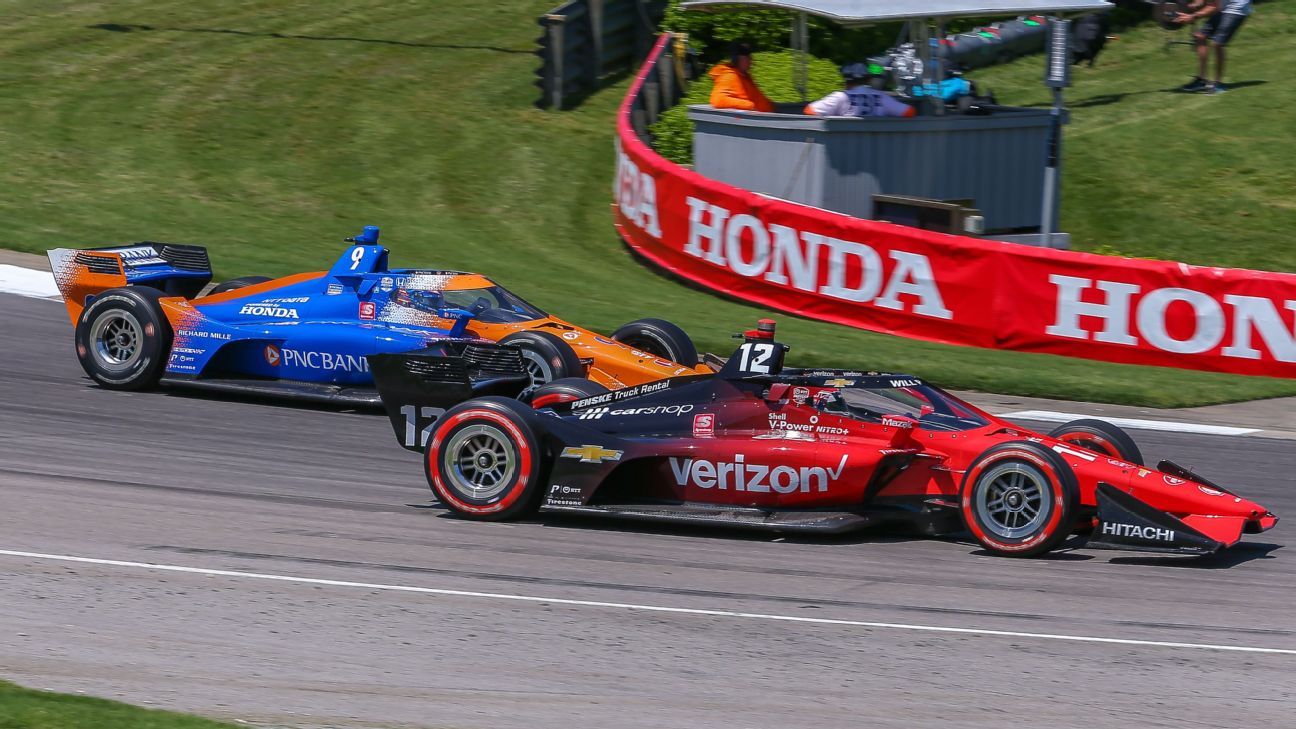 Myspace. Blackberrys. Presidents. All have come and gone during Scott Dixon‘s three-decade reign atop the IndyCar Series.

The New Zealander’s breakthrough championship came a lifetime ago at the age of 23 as George W. Bush was completing his first term as Commander-in-chief. Five more IndyCar championships would follow through the 2020 season, leaving Dixon tied for first on the all-time list at six with the legend of legends, A.J. Foyt.

Now 42, the Kiwi is in pursuit of a seventh title in the coming weeks. Dixon has become an icon, IndyCar’s version of Tom Brady, in the American open-wheel racing series that came to life with the 1911 Indianapolis 500. And unlike Formula One with its 24-year-old champion Max Verstappen, or NASCAR and its two most recent Cup titlists in Chase Elliott, 26, and Kyle Larson, 30, Dixon’s holding the line for IndyCar’s old guard.

Dixon’s chasing Will Power, the wild-eyed 41-year-old championship leader whose lone IndyCar title from 2014 is girded by years of inconsistency, littered with championship misses and maybes. Where Dixon’s on a quest to cement his legacy, the Australian’s on a mission to prove he’s more than a one-hit wonder by adding a second title before he retires.

Two races are left on the calendar to determine whether the 40-and-over crowd can keep the next-generation stars at bay. A change of eras is coming; the kids in the field and the mid-career types want to push the Dixons and Powers out to pasture, and that’s where IndyCar’s end-of-season story is unlike any other in motorsports.

“You know, it’s a 20-year span and I’ve seen championships go a lot of ways,” Dixon told ESPN. “I think Power has been extremely consistent this year. He’s put together a totally different style of season for himself. He’s been really focused and level-headed, which has been really cool to watch. But a lot can change in the next two races.”

After 15 of 17 rounds, seven drivers remain in the title conversation; they’re locked in the tightest championship battle of the modern era. From Power in first at 482 points to 23-year-old Mexican driver Pato O’Ward in seventh, just 58 points separate the contenders with the penultimate round in Portland on Sept. 4 and the season finale at Laguna Seca on Sept. 11 left to run.

Both races offer a maximum of 54 points to be earned, with each winner guaranteed at least 50 for reaching victory lane. It makes the miniscule spread among the championship finalists an easy deficit for most to overcome. And with the entire field making use of the same model of chassis, the Dallara DW12, powered by 750-horsepower turbocharged V6 engines provided by Chevrolet or Honda, driver talent is what separates the goods from the greats.

“I’m really enjoying the season, and it’s just a product of what IndyCar is right now, which is the toughest open-wheel series in the world,” Power said. “There’s really 20 drivers that can win, week in and week out, and you don’t get that in any other series.

“Like, Formula One, it’s the same two or three guys doing all of the winning, which is good if you’re a Red Bull fan or a Ferrari fan, but the championship is basically over already and there’s like half the season left to go. I’m just really happy to be a part of what’s happening here, battling right at the front of the IndyCar championship. It’s still a mystery how it’s going to end up.”

Between the first- and seventh-place drivers, we have Power’s Team Penske teammate Josef Newgarden, a two-time champion, who has recovered from a slow start to tear through the season, earning five wins on the way to holding second in the standings. The Tennessee native is three points shy of the lead. Chip Ganassi Racing’s Dixon is in striking distance, 14 points back in third, and his Swedish teammate Marcus Ericsson, the newest Indy 500 winner, is trailing Power by a scant 17 points.

Alex Palou, Ganassi’s defending IndyCar champion, sits in fifth, but has a 43-point deficit to erase. The 25-year-old from Spain, who hopes to leave the team and join O’Ward at Arrow McLaren SP in 2023, also has a lawsuit to resolve after being sued by Ganassi for a breach of contract. And in sixth, Penske’s Scott McLaughlin, the IndyCar sophomore who grew up idolizing his countryman Dixon, is 54 points down to Power.

Only 2 races remain. Who will win the Astor Challenge Cup?#INDYCAR pic.twitter.com/jScigN8j3q

A win at Portland could break the top championship challengers away from the pack in the same way a victory for those toward the bottom of the seven-deep stack would vault any one of them to front-running status when the series arrives in Monterey. Adversity for Palou, McLaughlin or O’Ward in Portland could also end their title bids if they fall more than 54 points behind the championship leader.

“Right now, there’s seven drivers with a viable shot, and it’s quite a mix,” Dixon said. “Palou was last year’s champion that still hasn’t won a race this season, but we’re going to tracks where he’s quite strong. Marcus, he’s led the championship a lot after winning Indy, and he’s right there, too, and Josef’s just been incredible lately.

“There’s so many ways this championship could play out with veterans like myself and Power, younger guys like Pato and Alex, then a kind of mid-career guy like Newgarden. It’s all over the place, man. And there’s an excitement level of not really knowing what’s going to happen.”

The quality of competition is where Power draws his motivation to conquer his IndyCar rivals.

“Honestly, it’s not driving the car or going really fast; my desire for racing in IndyCar is the level of toughness and skills you have to fight your way through to win a single race is what I enjoy,” he said. “It’s just so hard to get everything right on a weekend that it’s laughable to try and pick a winner for each race or champion for the end of the season. Like, if you come away with a win, you’ve done something that’s pretty special. If you come away with a championship, as hard as it is right now, it’s like achieving the impossible. And the people you have to beat is what it’s all about.”

The countdown has started for IndyCar’s championship reckoning. Scores between generations will be settled by mid-September, as will the annual slugfest involving Team Penske and Chip Ganassi Racing. A contest between nations will be resolved among the sons of North America, Europe and the Australasian Islands.

And at the tail end of the title scrum, O’Ward and his interloping Arrow McLaren SP team are aiming to spoil the coronation for Penske, Ganassi, Power, Dixon, and the rest of the title candidates.

“I’m part of this new wave of talent who will replace the Dixons and Powers, and I want to be like one of them when I’m older. I’m hoping to achieve as much as they have in their careers,” O’Ward said. “To fight against them for championships at the beginning of my career is crazy, but we’re trying to take the shoes from the oldies just like I’m sure the new kids will be trying to take them from us in the future.

“Look, they’re guys I’ve been watching since I was growing up, so going against them, striving to beat Power and Dixon, we’re just so lucky to get to race against them for the championship. We’re young, and we’re up against the best to ever do it. But we’re evolving.”