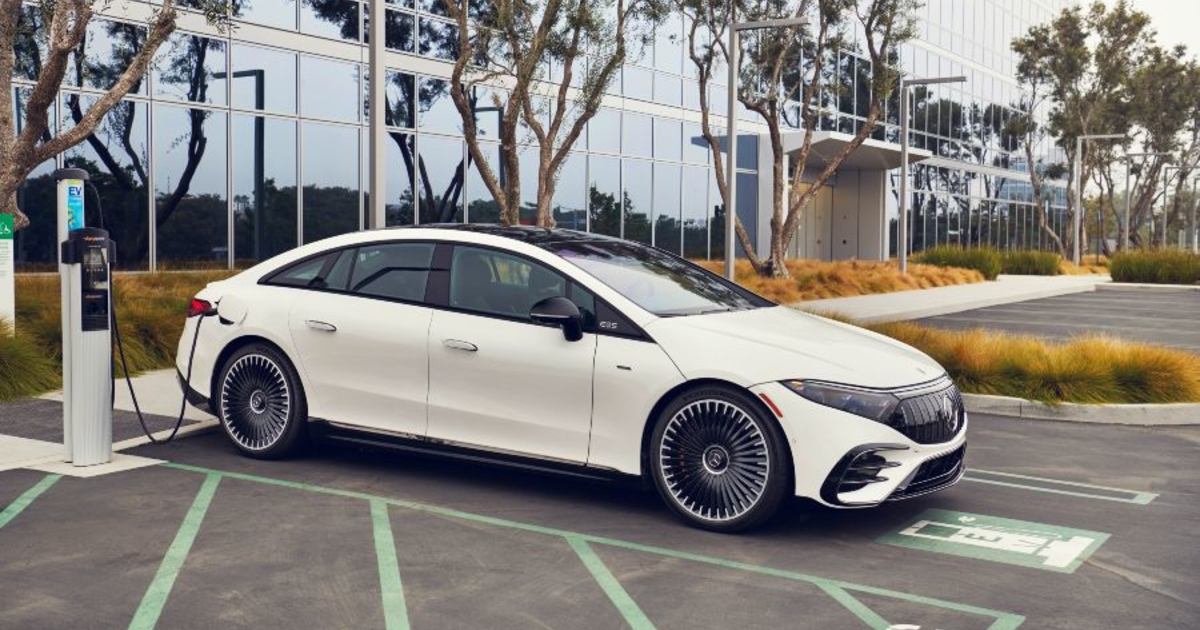 Mercedes will launch three electric cars in India this year and will be the first company to build a luxury EV in the country, Martin Schwenk said in an interview. The automaker also will set up a fast-charging network nationwide and might also manufacture batteries domestically in the future, he said.

“Now, we are really starting our aggressive offensive into the EV market. In the next five years, 25 percent of our sales (in India) will be electric,” Schwenk said. “Our ambition is to lead the market in the electric side as well.”

Mercedes will begin its push in India with an imported electric model of its AMG EQS 53 4MATIC performance car that it launched on Wednesday.

This will be followed by a locally assembled, electric version of its flagship S-Class sedan, the EQS, and an imported, electric people carrier later this year.

India is largely a small- and low-cost car market, in which luxury models make up 1 percent of total annual sales of about 3 million. The luxury EV market is even smaller and largely untested.

Mercedes, which already sells its imported EQC SUV in India, will be the first to assemble a luxury EV in the country, allowing it to price the car competitively over rivals because of a lower tax rate of 5 percent on locally built EVs versus 100 percent tax on imported models.

This will give it an edge over Germany’s Audi and BMW, and a clear lead over Tesla.

The 5 percent tax rate is “quite an incentive” for customers to go electric, Schwenk said.

To minimise concerns over range, Mercedes will set up 140 EV chargers nationwide, including ultra-fast ones that can be charged up to 80 percent in 40 minutes, by year-end, he said.

The company will also consider locally manufacturing EV batteries and other components if it starts selling ‘thousands’ of a model, though current volumes were too small to justify such an investment, Schwenk said.

“You need a certain scale to make sense. I will not exclude that for the future but at this stage, it’s not part of the plan,” he said.

Schwenk expects India to align with the company’s plans of shifting to EVs in terms of speed and product launches.

“We will be in line with the global aspiration of converting to electrification because we believe we can be as fast, or sometimes maybe even faster, than some other markets,” he said.