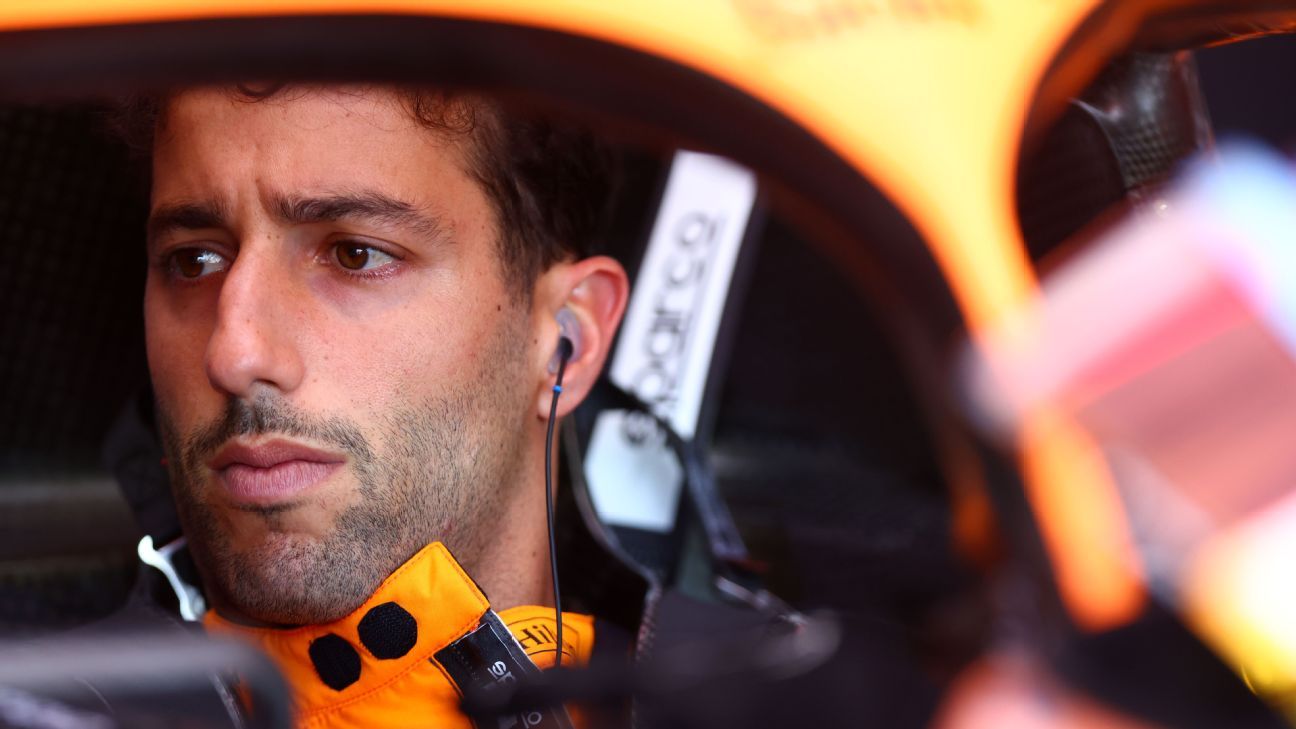 McLaren team principal Andreas Seidl has said he is willing to shoulder some of the responsibility for Daniel Ricciardo’s struggle to secure results in the past two seasons, which ultimately led to the team’s decision to terminate the Australian’s contract one year early.

On Wednesday, McLaren confirmed Ricciardo’s departure at the end of the season following a “mutual” agreement between team and driver.

Ricciardo’s exit is expected to make way for the arrival of Formula 2 champion Oscar Piastri, who has a deal in place with McLaren for next year but is waiting on approval from the FIA’s contract recognition board (CRB), which is set to rule on whether Alpine has a stronger claim to his services for next season.

Seidl refused to confirm the identity of Ricciardo’s replacement during a press conference on Wednesday, but said the decision to make a change in McLaren’s driver line-up was results driven.

“I think we have both commented many times about challenges we had on Daniel’s side of the garage regarding extracting the same performance the car as on Lando’s side,” Seidl said.

“Daniel has said many times that he just never felt fully comfortable in our car, especially when it was about pushing the car to the absolute limit. That was, in the end, causing the lap time difference to Lando.

“At the same time, we have technology that tells us Lando is an outstanding driver, so he [Ricciardo] was up against one of the best ones in the paddock. This in the end led us to the decision.

“He just didn’t get it to work in the end. For a driver being able to extract the performance from the car is a team effort between the driver and the team, so I just want to be clear as well that I fully take the responsibility of being in charge of the team that couldn’t find the magic in order to find these percentages that we were seeing from time to time.

“That’s why at the end we came to the conclusion that we go our separate ways next year.”

Asked about the awkward timing of the announcement ahead of this weekend’s Belgian Grand Prix and before Piastri’s deal is finalised, Seidl said it was better to confirm Ricciardo was leaving than leave the subject open to speculation in the second half of the season.

“From our point of view, it’s important to have clarity and transparency,” he added. “Once a decision is made, I think it’s best to announce it and move on. Yes, it will be very important now, today and in the next two days, and Daniel will do the same, to answer all the questions regarding today.

“But then obviously we want to focus on the Spa race weekend and then the final nine races of the season together, because the objective we are having together with Daniel, is to make sure that we finish our time together on a high.”

McLaren CEO Zak Brown revealed he was willing to find a space for Ricciardo at the brand’s IndyCar team, but that the Australian made it clear that he only wanted to race in F1 next year.

“Yes, we spoke about that,” Brown said. “We do have a variety of racing activities. That being said, he’s very focused on F1. So of course the door will always be open here at McLaren, but I believe that he has a real desire to continue in F1.”

Brown also revealed that the decision to drop Ricciardo was the hardest he had made since taking over the leadership of McLaren in late 2016.

“As Andreas just said, Daniel is a wonderful person and a great person to be around,” Brown said. “We’ve had many laughs. We’ve sprayed champagne together and it’s very personal. So today is a very sad day that things didn’t work out as we hoped they would. I’m going to look back with some very fond memories, some fun times together on and off the track.

“We’re in a business, where Andreas and everybody here at McLaren needs to focus on ultimate performance. We hope and wish Daniel the best. There’s absolutely no ill will between us. It’s all very amicable.

“He too has had a good time at McLaren and he’s young, so we hope to see him in a competitive racing car and one of these days, we might see him being a pain for us on the race track and that will be fun because he’s a great competitor.”