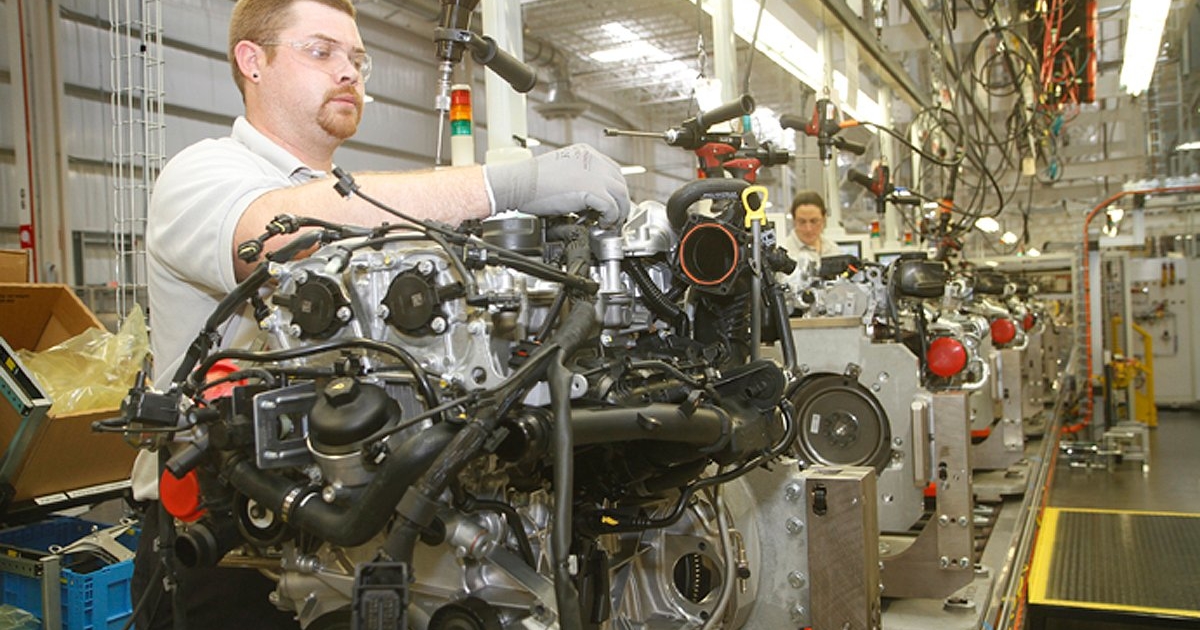 Mercedes and Nissan’s years-old vehicle and engine-sharing collaboration will move another step toward unraveling in March when production ends at a Tennessee engine plant built specifically to share.

Its 400 employees will be reassigned.

Earlier this month, Mercedes told dealers it will ditch the Tennessee-made four-cylinder engine that powers the brand’s GLE midsize crossover as well as its Sprinter and Metris commercial vans.

Known as the Infiniti Powertrain Plant and constructed for $319 million next to Nissan’s Decherd engine and components plant, the facility produced a Mercedes-developed turbocharged 2-liter four-cylinder engine — designed by Mercedes, manufactured by Nissan, and installed in models carrying both Infiniti and Mercedes badges.

But like other parts of the arrangement between Nissan’s now-ousted Chairman Carlos Ghosn and the now-retired CEO of Daimler, Dieter Zetsche, the engine-sharing plan is running aground.

Infiniti Powertrain was built to produce up to 250,000 engines a year but managed to hit only 35 percent of capacity at its peak production in 2020. It produced only 50,000 units last year, according to AutoForecast Solutions.

Mercedes spokeswoman Andrea Berg said the engine “product cycle will end in the course of the next year. Production is running out according to plan, and the cooperation with Nissan in Decherd is ending.”

The engine venture was part of a broader industrial partnership, announced in 2010, for Daimler and the Nissan-Renault alliance to share vehicles and powertrain technologies. It involved several projects globally, including a $1.4 billion joint venture auto assembly plant in Aguascalientes, Mexico, known as COMPAS, which builds Infiniti and Mercedes vehicles.

Ghosn and Zetsche’s personalities as industry titans held the product-sharing partnership together, said a source familiar with the executives and the industrial tie-up. “Now, with them gone, does anyone have the appetite to continue?” the source wondered.

The COMPAS joint venture in central Mexico is also sputtering as Mercedes and Infiniti revamp their U.S. lineups.

Forecasting firms LMC Automotive and AutoForecast don’t expect production to extend beyond 2026 at that plant, which builds the Mercedes GLB crossover and Infiniti QX50 and QX55 crossovers.

“Even during its peak year in 2020, the factory did not eke out 50 percent of installed capacity,” said Sam Fiorani, AutoForecast vice president of global vehicle forecasting.

According to the source familiar with COMPAS, plant governance also has been challenging, hurting product quality and labor efficiency.

Some of the compact models built at the plant have struggled to find traction in a market that favors large vehicles. And Infiniti is mired in a multiyear sales slump in the U.S. due to its aging product portfolio.

In 2020, Mercedes yanked its A-Class subcompact sedan out of COMPAS just two years into production and replaced it with the compact GLB crossover.

“Low volume and demand support does not allow for the benefits of scale to support the cost savings for local, regional production,” said Jeff Schuster, LMC’s president of global forecasting. “It defeats the purpose of the joint venture.”

Nissan and Mercedes last week declined to comment on the future of the Mexico joint venture or the factory.

But given its proximity to Nissan’s two Aguascalientes assembly plants, the Japanese automaker could repurpose COMPAS into a dedicated EV plant, Fiorani speculated.

Meanwhile, Mercedes has announced intentions to become an all-electric brand in the next decade, making engine plants and combustion engine vehicle platforms no longer a focus. And Nissan now plans to launch 15 battery-electric models globally by 2030, including two U.S.-made EVs mid-decade.