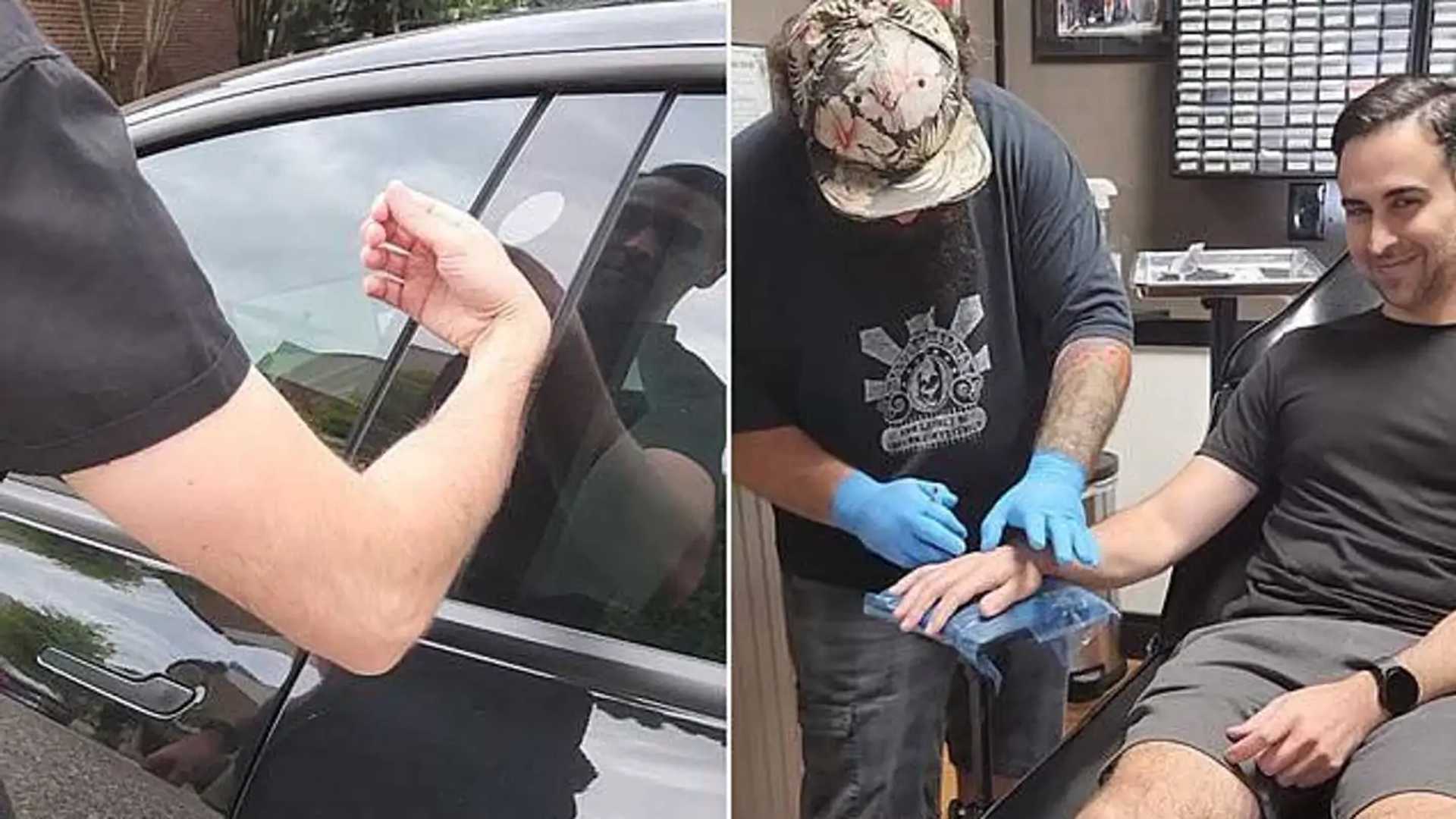 A Tesla owner has implanted two scannable chips into his hand in order to store cryptocurrencies and data. The chips also function as a key to his home and as a way of accessing his medical card. One of the chips also unlocks his Tesla Model 3. 39-year-old Brandon Dalaly stated that he did not use anesthesia to numb the pain and that his first chip was a lot smaller than his second:

“The first one was a little bit smaller so it wasn’t as intense as shoving that giant rod into my hand. The first one came preloaded into a larger syringe. They pushed the syringe in and they popped in the chip similar to how they would microchip a dog.”

Brandon is part of a beta group of around 100 people that are trialing the chips, which are made by a company called Vivokey. The chips are coated in biocompatible substances and get encapsulated by body tissue soon after implantation. Brandon explained how the chips’ capabilities are constantly evolving through new downloadable features (via Teslarati):

“The company that put this together literally has its own app store where you can wirelessly install apps into your body with these chips. And one of the apps just happened to be a Tesla key card. So that was the first app I installed on it because I have a Tesla and now I use that as my key when my Bluetooth key fails or I don’t have my key card. You just use your hand.”

Brandon admitted that for now, the chips are a bit of a “fun party trick”. He understands that people may be skeptical of implanting technology in their bodies, however he did note that phones already track our every movement. Still, sounds a bit too Cyberpunk 2077 for us.

How much does it cost Brandon to get a new chip? $300, which is probably less than you expected. He then gets the chip installed by a piercer, who charges $100.