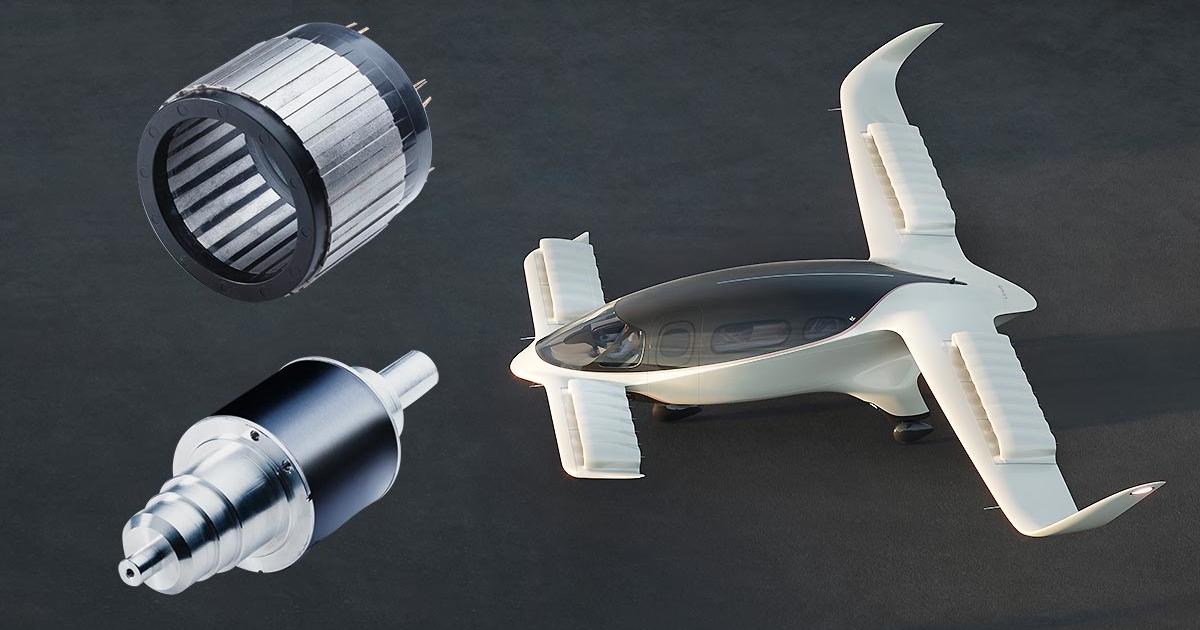 The motor is the first outcome of an alliance forged in 2019 between the Japanese supplier and U.S. aerospace giant Honeywell International to design, develop and produce electric air propulsion systems.

The motor will be integrated into the Lilium Jet, an all-electric vertical take-off and landing, or eVTOL, aircraft. The T-shaped vessel, with long wings in back, short wings in front and a pod-like fuselage, is being developed by Lilium, a German sustainable air transport company.

Denso’s push to take to the skies is part of the Toyota Group supplier’s attempt to diversify its mainstay automotive business and to achieve carbon neutrality by 2035. The company has expanded into agriculture, semiconductors and software.

Denso is banking on urban air mobility to become a reality as part of what the company has called the “once-in-a-century” upheaval taking place in the transportation sector. Denso believes flying taxis and personal air hopping will cut travel time and urban congestion while improving convenience and comfort.

It says eVTOLs hold the most promise and sometimes refers to them as “flying cars.”

“The e-motor co-development solidifies Denso’s successful entry into the aerospace industry, giving us the opportunity to increase vehicle electrification not only on land, but also in the sky,” Jiro Ebihara, head of Denso’s Electrification Systems Business Group, said in a recent news release.

“This supports our efforts to create a more efficient and sustainable future.”

The e-motor developed for Lilium consists of a rotor and stator, weighing approximately 9 pounds and having an output of 100 kilowatts, Denso said. Engineers prioritized a compact, lightweight design for use in aircraft with zero operating emissions.

Denso and Honeywell have been working with Lilium on the technology for nearly two years.

Denso intends to reduce the size and weight of air mobility inverters by using a double-sided air-cooling structure, which dissipates the semiconductor’s heat from both sides. This improves cooling, reduces the size and increases the power output.

Denso anticipates that flying cars will weigh about the same as terrestrial ones. But the percentage of that total weight taken up by motors, inverters and batteries varies greatly. Propulsion accounts for about 18 percent of the total weight in a flying car, versus 2.5 percent in a regular one.

The company also aims to improve efficiency of the system by adopting silicon carbide-based semiconductors, over traditional silicon ones. They deliver less electrical and switching loss.

Denso’s move is the latest of several examples of the convergence between the automotive and aerospace industries. General Motors also has expressed interest in air mobility, saying its EV battery technology could dovetail well into aerial mobility. Supernal, Hyundai Motor Group’s air mobility division, agreed with the city of Miami this year to launch flying taxis as early as 2028.

Ride-hailing giant Uber Technologies sold its air taxi business Elevate to Joby Aviation, which received a $394 million injection from Toyota Motor Corp. in January 2020. And in 2021, Honda joined Toyota in the pursuit, announcing plans to commercialize its eVTOL aircraft by 2030.

Denso has created an electric motor that can be integrated into an all-electric vertical takeoff and landing aircraft being developed by Lilium, a German sustainable air transport company.