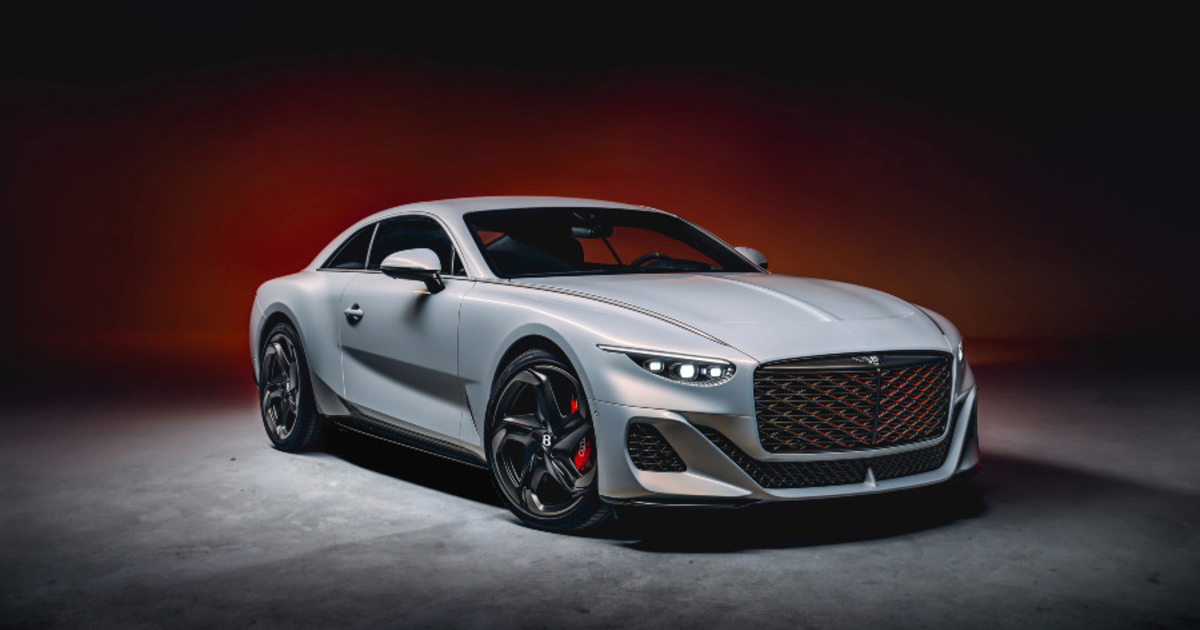 LONDON — The Mulliner Batur coupe gives an early preview of the design language that Bentley is developing for its first full-electric car.

The Batur is restricted to just 18 examples and will cost just under 2 million pounds ($2.44 million) in its UK home market.

The car has been developed by the Volkswagen Group brand’s Mulliner bespoke division and follows the low-volume Bacalar.

“The Batur is far more than the heir to the Bacalar. It showcases the design direction that we are taking in the future as we develop our range of electric vehicles,” Bentley CEO Adrian Hallmark said in a statement.

The Batur is based on the Continental GT coupe and uses Bentley’s 12-cylinder engine tuned to produce more than 730 hp (740 PS), making it the brand’s most powerful model to date.

Although it has a combustion engine, the Batur’s simplified body design looks to Bentley’s first electric car, due for production in 2026, where aerodynamics will play a large role.

“Aerodynamics are super important, not just for range but also for noise reduction because you do not have the engine noise anymore,” Andreas Mindt, Bentley’s head of design, said in a preview of the car ahead of its unveiling on Sunday at the Monterey Car Week in California.

Another Batur design feature that Bentley will carry through to EVs is the idea of the “endless” hood.

Bentley’s cars have always had long hoods to accommodate large engines, but Mindt’s team has come up with a strip of brightwork running along the hood down the sides of the car to indicate that traditional length, even if the cabin should move forward with the EV.

“It means you still recognize a Bentley even with a different proportion,” he said.

The simpler body surface and lack of decorative elements are countered with muscular proportions that give the body “steam-train strength,” Mindt said.

“Bentleys should always have a really strong surface, like the supercharger is blowing into the body,” he added.

One available option is 3D printed gold versions of the ‘organ stop’ ventilation controls and the drive mode controller.

The passenger fascia panel is finished with an etching of the sound waves generated by the 12-cylinder engine. Bentley has not disclosed prices for the bespoke extras.

Bentley has grown the personalization side of the business in recent years with customers for all models now offered bespoke extras from Mulliner.

The automaker said the division had helped increase the average revenue per model by 23 percent to 213,000 euros in the first half, up from 186,000 euros in 2021, helping it to achieve record profits.

“We are seeing exponential growth and interest in personalization,” Mindt said.

Sales of bespoke content were five times higher in the first five months of this year than in the whole of 2019, he said.

Bentley also offers more sustainable materials such Dinamica, an alternative to suede, and a natural-fiber alternative to carbon fiber. The carpets are made from recycled yarn.

All 18 Baturs are reserved, and customers will start receiving models from mid-2023, Bentley said.

The coupe takes its name from a lake on the island of Bali, Indonesia.