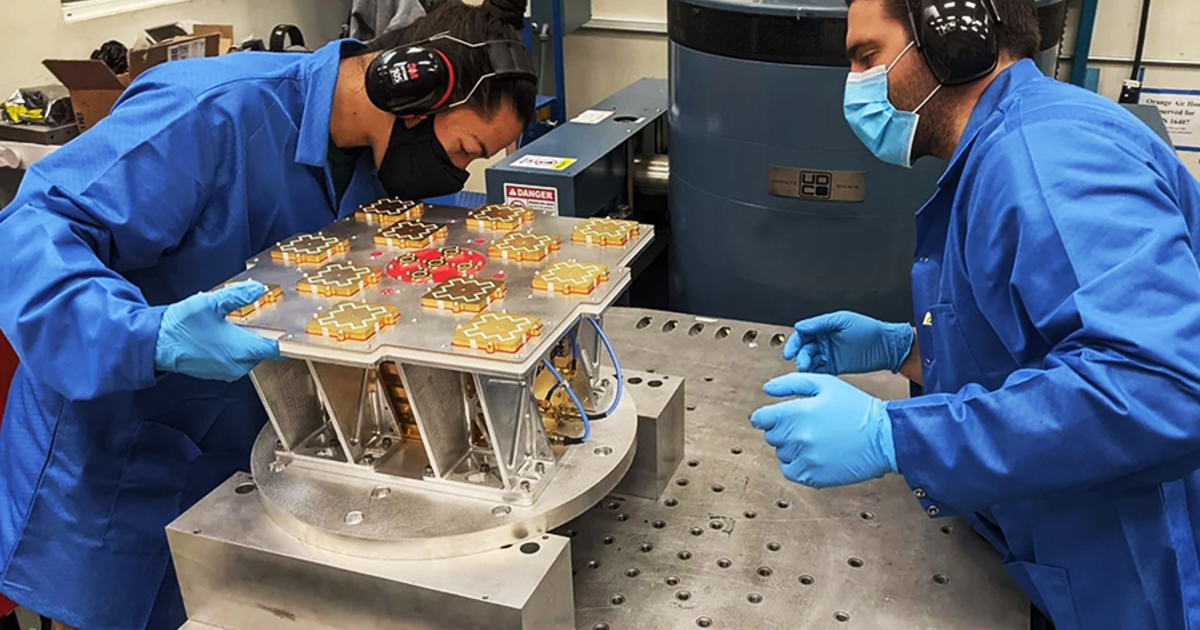 Automakers want to tap space-based communications to obtain precise positioning data and more robust connectivity for vehicles that will increasingly drive themselves.

As such, Toyota Ventures joined a 2021 funding round to invest in Xona Space Systems, a San Mateo, Calif., startup that plans to launch low-Earth orbit satellites.

Last year, Honda announced it’s developing a partially reusable rocket to launch small satellites, with testing to be conducted by 2030.

Xona’s Pulsar satellites will provide positioning data that is accurate up to about 10 centimeters, just less than 4 inches, co-founder and CEO Brian Manning said. That compares with 50 centimeters, or about 1½ feet, for the most optimal standard GPS location accuracy.

The Pulsars orbiting about 350 miles above Earth would offer a signal that’s “100 times stronger and more reliable than GPS,” Manning said.

The need for low-Earth orbit satellites and their precise positioning data “is being driven by transportation and AVs,” Manning said.

“Xona is building a high-performance alternative to GPS designed to support the needs of modern autonomous systems,” he said.

This month, Xona announced a round of funding with new investors, including Lockheed Martin Ventures, Airstream Venture Partners and Space.VC. Xona didn’t say how much this round raised. Its total funding stands at $25 million, which it’s using to build and launch satellites starting in 2025.

Xona’s satellites can support what Adler called “all-weather autonomy” for safer AV operation in conditions such as heavy rain and snow.

“Xona has the potential to enable faster, more accurate, more secure and more reliable navigation to scale up these solutions,” Adler said.

Along with Uber, Toyota Motor Corp. partnered with Joby Aviation, an air taxi startup that plans to launch a commercial passenger service in 2024. Toyota Ventures has also invested in Near Space Labs, a New York City startup that’s developing geospatial imaging taken from the stratosphere.

Lanctot, of Strategy Analytics, said automakers could use satellite-based communication for a range of applications, including diagnostics, emergency response, software updates and remote access and control.

“Cellular wireless is notorious for coverage challenges and is rarely optimized for automotive applications,” Lanctot said.

That is why automakers see satellite technology as an emerging opportunity, he said.

But their communication link is not perfect. Satellite signals require line-of-sight to reach a receiver, which in a moving car can be blocked by mountains, buildings and other obstructions.

Large reductions in the cost of launching satellites have bolstered automaker interest in space.

“It’s a huge paradigm shift,” Manning said. “There have been more satellites launched in the last five years than ever before.”

Much of the cost decline comes from the entry of private companies, notably Elon Musk’s SpaceX.

NASA’s space shuttle had a cost of about $54,500 per kilogram, or 2.2 pounds, to launch into low-Earth orbit, according to NASA research analyst Harry Jones. SpaceX’s Falcon 9 charges about $3,000 to launch the same weight into a low-Earth orbit.

Space is an area where Tesla Inc. might have an advantage over incumbent automakers via its SpaceX relationship. Musk heads both.

Last month, the Federal Communications Commission authorized SpaceX to use Starlink on moving vehicles such as cars, trucks, boats and planes.

But trucks or RVs look to be the first users since the 20-inch-wide satellite dish is too large for most cars.