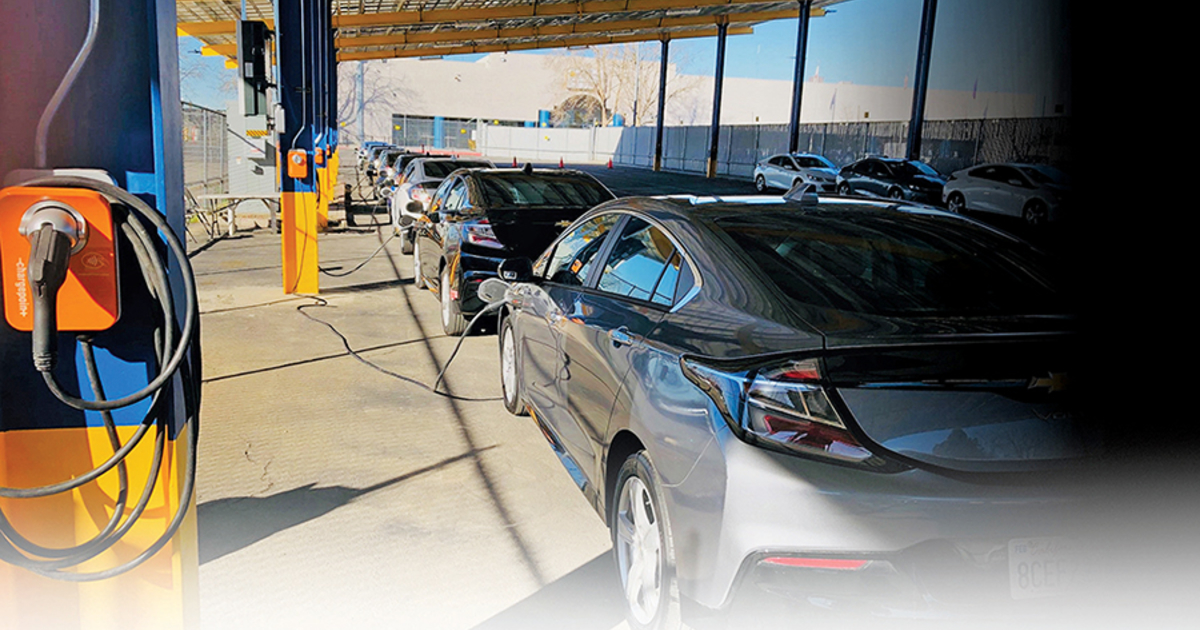 As used electric vehicles become common, the largest auto auction houses grapple with how to value a car after factoring in the gradual degradation of aged batteries, which typically last eight to 10 years, or about 100,000 miles.

Consumers will think, “I’m going to buy a new [EV] because I’m confident that when I’m ready to unload this vehicle, I have a market that is going to support my sale,” she said during a July media roundtable discussion in Detroit.

To help solve the problem, Cox developed software that tracks a battery pack’s chemistry, age, service event history and other factors that identify its health and lifespan.

“It’s the beginning of a passport system for batteries,” she said. “We need confidence in the data around how this battery was supported and handled and, ultimately, to know what its value is.”

Companies such as Cox are building systems to assess that value as the used-EV market grows rapidly. Electric vehicles accounted for about 5 percent of new U.S. light-vehicle registrations during the first half of this year, up from 2.5 percent during the same period in 2021.

Used EVs account for a tiny number of all used-vehicle sales, but that is expected to change as automakers launch dozens of electric models and as those vehicles find their way back to the market.

Much of the process for valuing a vehicle is the same for EVs and gasoline-powered vehicles, said Tom Kontos, chief economist at ADESA, the second-largest U.S. auction house. Online used-vehicle retailer Carvana owns ADESA.

“If you were looking at valuing a Tesla, you would probably begin by looking at the luxury-sedan segment and see what a 3-year-old luxury sedan is selling for, and that would be your starting-off point,” Kontos told Automotive News.

Most of the evaluation mimics the process for a gasoline vehicle, with the battery being the big question mark.

Determining battery health is “not as established as, say, checking the brake wear,” Kontos said.

“We’re getting enough used EVs now where we’re developing a protocol on how to treat them,” he said. “You have to be able to process those vehicles when they come back.”

As with new EVs, range anxiety is a major worry for buyers of their used counterparts. That concern is amplified as range declines with expected battery degradation. That issue started to appear about five years ago when used Nissan Leaf EVs started appearing in Manheim’s auctions inventory, said Joe George, president of Cox Automotive Mobility.
“We woke up one day and we had 3,000 Leafs on our property,” George said.

Manheim didn’t know what to do with them.

Facing the surplus, the company began to look at the questions consumers and dealers ask when buying an EV with tens of thousands of miles on the odometer. Battery health — particularly for vehicles that might have frequently been fast-charged— topped the list. Frequent DC fast charger use can degrade a battery more quickly.

In response to those concerns, Cox patented an algorithm that distills all conditioning information in a way that consumers and used-car dealers can understand, George said.

“There are a lot of variables that tell you how much life is left in the battery,” he said.

As important as it will be, battery health is only one factor determining a used electric vehicle’s value.

The federal government will begin offering a $4,000 income tax credit for used EVs as part of the recently passed $430 billion climate, health and tax bill.

ADESA’s Kontos said the $4,000 tax credit will boost used-vehicle values and “partially offset the $7,500 decline in values” used vehicles previously faced for not qualifying for the new-vehicle tax credit. Plus, the $7,500 tax credit for new EVs is now tied to increasingly stringent critical mineral and battery sourcing requirements. Most new EVs for sale now won’t qualify.

But rapidly evolving battery and safety technology could make a used EV depreciate at a faster rate as new models are launched, he said.

“As technology changes, it might make older versions of EVs seem more dated,” Kontos said. “The rate of change in the technology and the range of the vehicle might make a fivefold improvement between iteration one and integration two of an EV. You could get fairly significant changes and improvements in performance that will make the existing, older units maybe depreciate faster.”