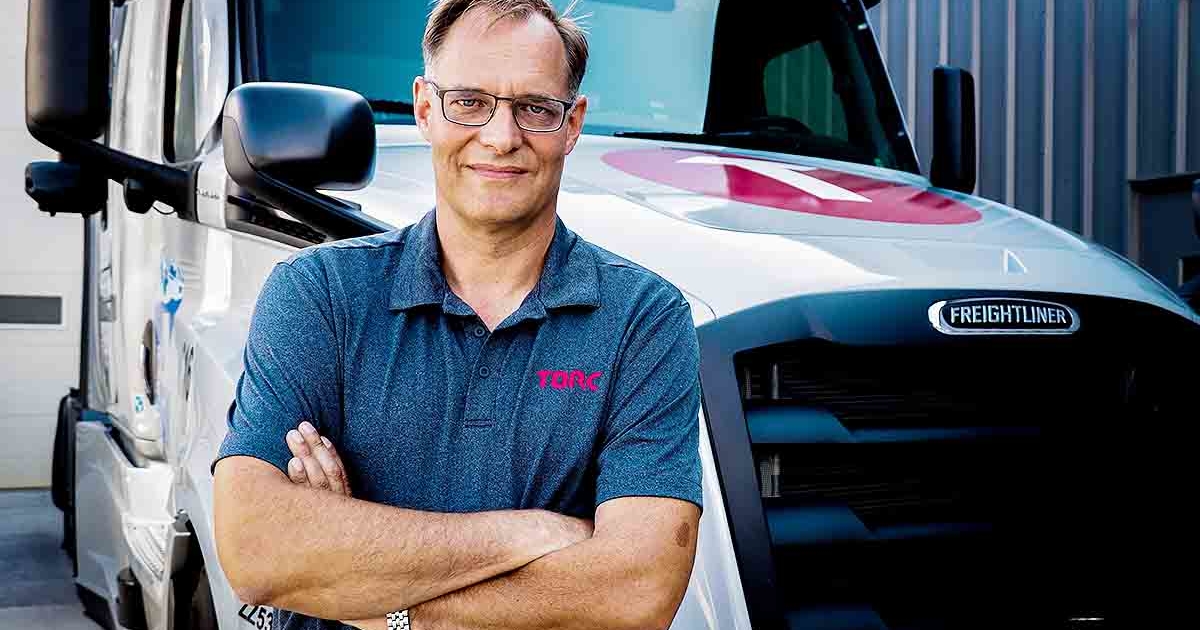 Torc Robotics will replace its co-founder with a Daimler Truck executive as CEO.

Fleming, 43, will stay on as a board member and strategic adviser, the company said.

Daimler Truck North America acquired a majority stake in Torc in early 2019. Schmidt played a crucial role in Daimler’s investment in Torc and has since worked closely with Fleming. Before joining Daimler in 2005, Schmidt was an automotive consultant at McKinsey & Co.

“I worked hand in hand with Michael and wasn’t able to do what he did: co-found Torc and drive it for 17 years,” Schmidt told Automotive News. “But I feel my expertise in running large global organizations will bring Torc to the next level.”

Shortly after the Daimler investment, Torc and Daimler Truck announced SAE Level 4 autonomous testing of the Cascadia on public roads in Virginia. A Level 4 system allows a vehicle to drive itself in most conditions. In 2020, Torc began testing its autonomous technology on highways in New Mexico and later expanded to Texas.

With Daimler’s backing, Torc increased its head count fourfold to about 600 and expanded operations from its headquarters in Blacksburg, Va., to a testing center in Albuquerque, N.M., in 2020. This year, Torc opened an engineering office in Austin, Texas, and a technology center in Stuttgart.

Other autonomous trucking developments include:

• Embark tested its autonomous big rigs over the winter on snow-covered public roads in Montana.

• Aurora and Kodiak Robotics have trained their self-driving trucks to successfully pull onto the highway shoulder when problems arise.

Integrated on the assembly line

Daimler Truck is also working with Waymo, the self-driving division of Google parent company Alphabet, but in a very different capacity, Schmidt said.

“We’re developing redundancy for all critical safety systems and then shipping the trucks to Waymo, and they add their sensors and software,” he said.

Daimler integrates Torc’s self-driving technology into Cascadia trucks on the assembly line, Schmidt said. And it is specifically designed for the Cascadia and trucking.

“It’s not intended to work on a robotaxi or a shuttle or anything else,” Schmidt said. “Just on our truck and to be the best application possible.”

Schmidt said he believes trucking is the “perfect application” for autonomous technology. “It can run at highway speed and deliver goods safer, faster and cheaper,” he said.

“It will add capacity needed when there are driver shortages,” he said. “It’s just this sweet spot of what the technology can do. I think we are just scratching the surface on the opportunities and believe that trucking will be the first profitable application of autonomy.”