Rimac recently announced it would bring two examples of the Nevera at the Monterey Car Week, but it seems that one of them got involved in an accident in California. A video shows the $2.5-million hypercar moments after it has been rear-ended by a Yamaha motorcycle under unknown circumstances.

The footage was uploaded on Tik Tok by user @mahdiyarsaberi. He claims that the motorcycle rider was driving recklessly on the Pacific Coast highway prior to the crash. The damage and the position of the motorcycle on the street suggest that the collision occurred at low speed, although we do not see any skid marks behind the vehicles.

The rider – who was wearing a helmet, gloves, vest, and boots – can be seen sitting on his knees, probably trying to recover from the shock. The driver and passenger of the Rimac Nevera stopped to access the situation and no one seems to be hurt. As for the hypercar, we can see some scratches on the rear panel that is made of carbon fiber, but nothing too serious.

Rimac only recently started deliveries of the Nevera, with the first lucky customer being former F1 champion and YouTuber Nico Rosberg. Unlike the black-themed vehicle of the F1 veteran, the pictured Nevera is green, making us believe it is the first example that came out of production. This one belongs to Rimac and combines a pearlescent Callisto Green exterior with Graphite Vertex wheels and a Sand Alcantara interior. Interestingly, one of the people appearing in the video looks like Rimac Automobili’s test driver Miroslav “Mrgud” Zrnčević, who is often seen behind the wheel of the hypercar. A car with the same exact spec appeared in Goodwood last June, driven by the same guy. 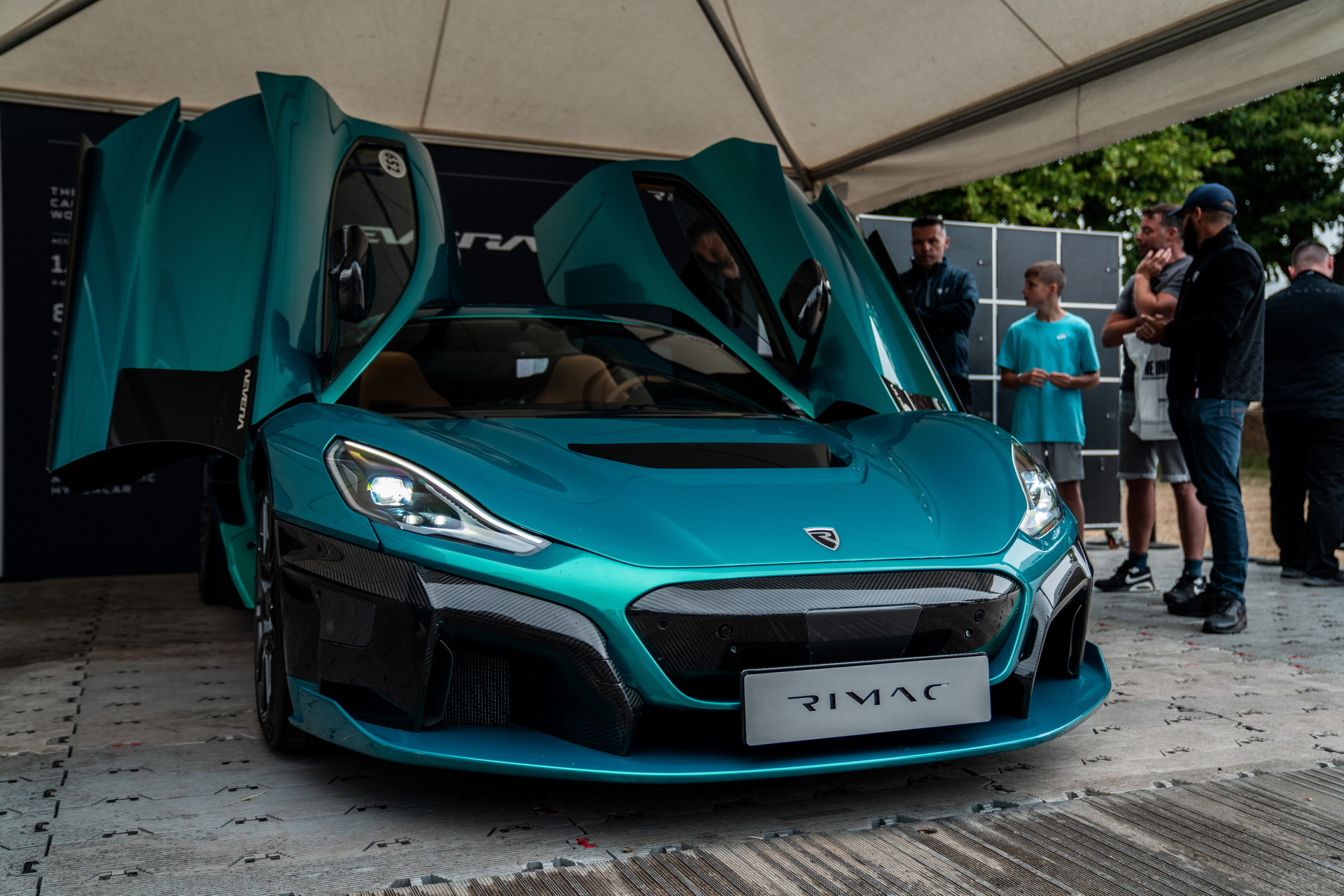 We hope that the Croatian company brought some spare Nevera parts in California, and that there is enough time for the repairs before the North American debut takes place next week at The Quail. After the show, one of the Neveras was set to embark on an extensive tour of the United States, while the other would return to Europe. It will be interesting to see if this unfortunate accident affects Rimac’s schedule.

We should note that this is not the first Nevera that gets damaged. Setting aside the prototypes that participated in the crash tests, another example of the Nevera was destroyed by an unnamed auto exec while he was trying the drift mode on the test track.