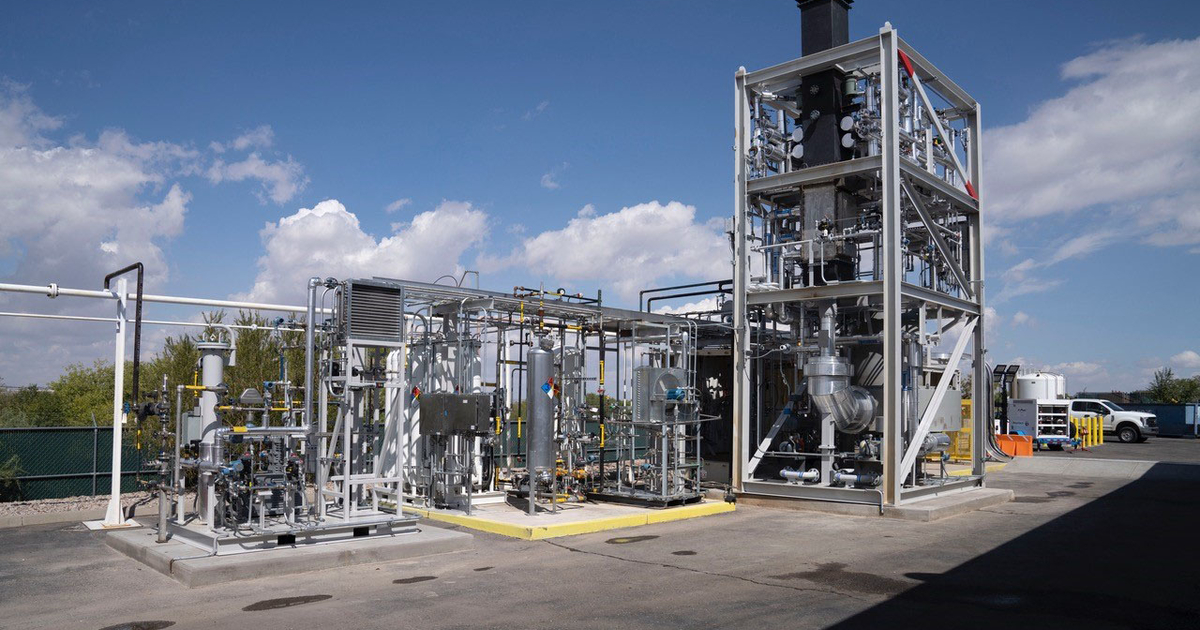 DETROIT — A modular hydrogen production system is being planned for the American Center for Mobility near Detroit as the vehicle test track looks to adapt its vision to the needs of its customers and the market.

Albuquerque, N.M.-based BayoTech Inc. aims to open a “hydrogen hub” at the center by mid-2023 after signing a letter of intent for a long-term lease and working through permitting with Ypsilanti Township, Mich., said Catharine Reid, chief marketing officer of BayoTech.

Once approved, the company would install prefab hydrogen units capable of pumping out 1,000 kilograms of hydrogen per day, or enough to fill up 200 hydrogen vehicles.

It marks BayoTech’s entrance into the market and is the first hydrogen project of its kind in Michigan as the fuel technology, often overshadowed by electrification, quietly gains steam in the heavy transportation sector.

“There’s a huge opportunity that hydrogen can play as a low carbon fuel for helping with the energy transition,” said Adam Penque, senior vice president of sales and BayoGaaS Hydrogen Hub Development.

American Center for Mobility CEO Reuben Sarkar said he sees the planned new tenant as an opportunity to diversify ACM’s offerings. Founded in 2018, the center was envisioned as the nerve center for autonomous vehicle testing but struggled to stay relevant in a rapidly changing automotive industry.

“We’re going through our own resetting of our strategic plan,” Sarkar said. “Just listening to the other kinds of work that people need to get done, looking at the assets that we have and kind of trying to see where the trends are going in electrification and hydrogen, we broadened our lens to be more receptive to those kinds of activities.”

The deal with BayoTech came about when Toyota Motor Corp., an anchor tenant at the ACM, approached its landlord about bringing a hydrogen fueling source to the campus, Sarkar said, adding that BayoTech’s model fit the center’s focus on sustainability.

BayoTech, whose main business is manufacturing hydrogen transport trailers, launched its hydrogen production pilot last year in New Mexico and plans to open another hub in St. Louis, Mo. Its hydrogen systems produce the element by tapping into existing natural gas pipelines. The hydrogen is then stored for fueling on site or transferred to high pressure transport trailers for local delivery.

The distributed model attempts to disrupt the traditional hydrogen fuel makers, which mass produce it in a centralized location and transport it around the country on diesel trucks, somewhat defeating the purpose of clean energy, Penque said.

“There’s just a risk management, supply chain exposure where many of these fleet operators will be hesitant to convert over to fuel cells for hydrogen if they know that the only way for them to get fueling is to rely on these really long distance and really complicated supply chains,” he said. “By developing these local sources of hydrogen, where we’re producing it as close to the point of consumption as possible, there’s a much greater reliability.”

The company declined to say how much is being invested to build out the hydrogen hub or what revenue is expected to be generated from it. The project at the ACM is being privately funded with no grant dollars, Penque said, although the company would seek financial incentives to scale up.

The project must be approved by Ypsilanti Township, which is expected by the first quarter of next year. Township Supervisor Brenda Stumbo said it has the municipality’s support.

“The development will help to bring the hydrogen evolution in transportation and energy to SE Michigan to mitigate climate change and create future jobs as the green energy sector continues to grow,” Stumbo said in an email.

Penque said the hydrogen hub will serve companies with a presence at the American Center for Mobility as well as those outside it, with an emphasis on targeting local transit agencies and transportation and logistics companies. There have been discussions with potential customers, he said, but no contracts finalized.

Sarkar said the ACM is also looking to better capitalize on the industry’s accelerated transition to EVs by offering more electrification testing services. He said more details will be coming soon.

“It fits into a broader vision of sustainable transportation,” Sarkar said.