Campervans or motorhomes with built-in toilets are great for camping in the outdoors, but no one would expect the same setup in a regular SUV. Still, a Toyota Fortuner owner from India retrofitted a toilet in the boot that is accessible from the cabin.

The toilet-equipped SUV was presented by local automotive journalist Sarath Saji on a YouTube video. Unfortunately, he speaks Hindu and there are no subtitles, but the video is mostly self-explanatory.

The bespoke toilet was designed and built by Ojes Automobiles, an Indian company that specializes in motorhomes. They have done a great job integrating the extra room inside the Fortuner’s cabin, although things are quite cramped due to the limited interior height. The box is mounted on the boot, occupying half of the space for the third row of seats. This means that the Hilux-based SUV is now a six-seater with more limited cargo space at the back.

The additional room barely fits a human being but it has a proper toilet seat, ventilation, and a door. As reported by Cartoq, vacuum toilet conversions are happening quite often in India following the pandemic, especially for those who intend to travel long distances. This solution is popular among taxi drivers who have a hard time finding clean and safe restrooms while on the go. The video description suggests that those projects are done on request for people with disabilities.

Vacuum toilets can be used even when the vehicle is on the move, thanks to leak-free metal containers, although we wouldn’t recommend it as things could get ugly in the case of heavy braking or emergency maneuvers. Interestingly, the Fortuner still has the seatbelt next to the toilet seat, even though the buckle is nowhere to be found. 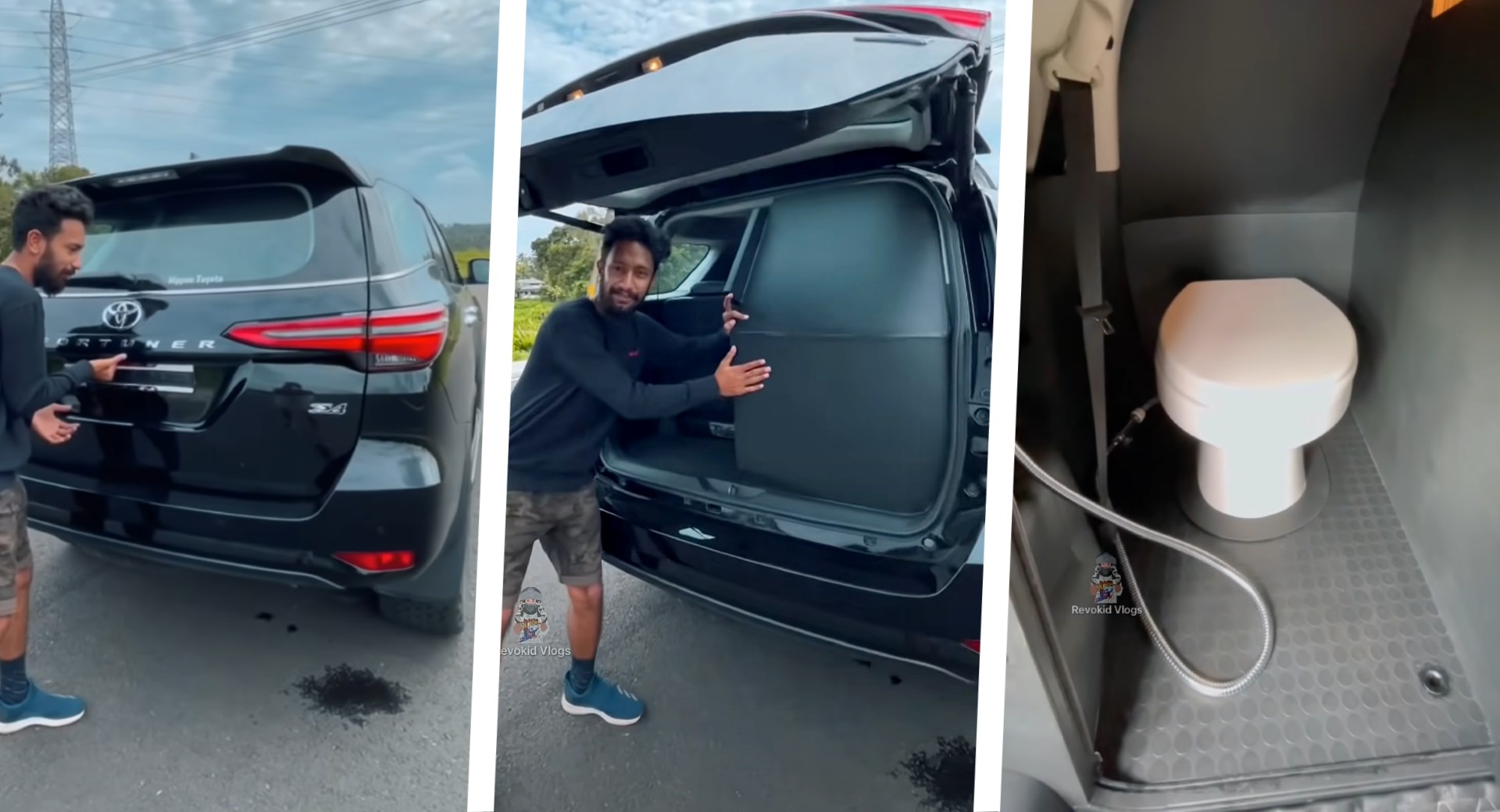