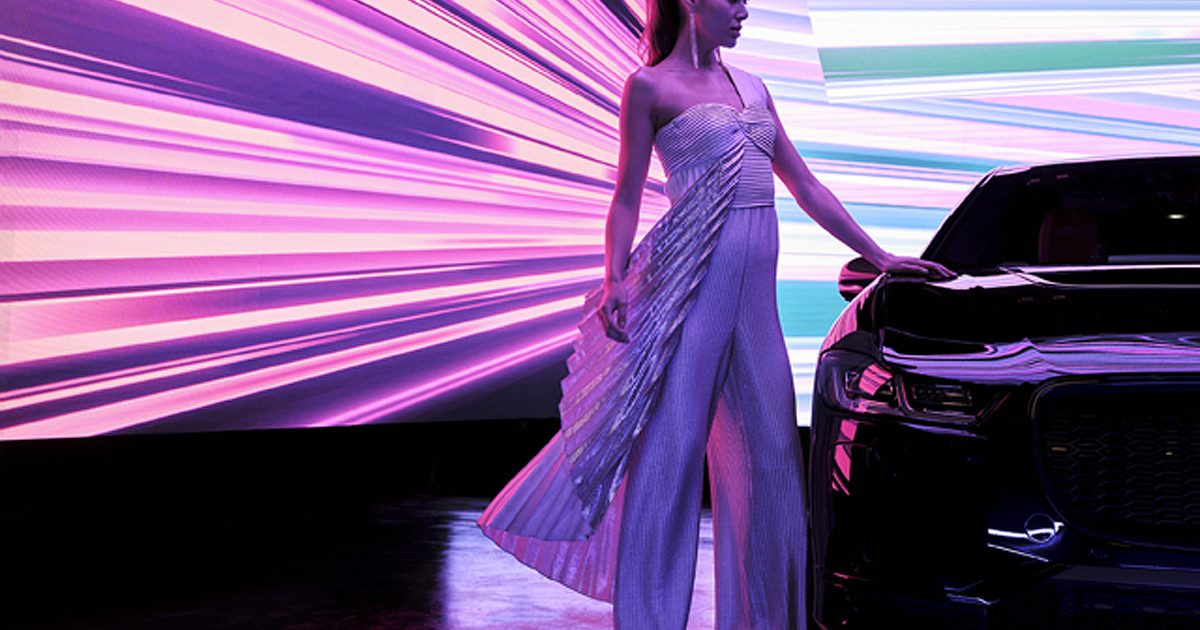 Jaguar’s metamorphosis into an ultraluxury brand is underway.

The change starts with creating a more upscale perception of the iconic British luxury brand in consumers’ minds. The undertaking began Aug. 8 with a new marketing campaign that features ads and videos for upscale magazines.

The lifestyle ads aim to position Jaguar as the pinnacle of luxury, right up there with such exclusive European brands as Cartier jewelry and Hermes and Balenciaga fashions.

“We are actually part of that world, but we don’t really communicate the brand in that way. We are quite rooted in automotive tradition,” said Stuart Schorr, vice president of communications for Jaguar Land Rover North America. “And as we try and elevate and move into the future, sometimes you just need a strong break.”

When Jaguar Land Rover CEO Thierry Bollore in 2021 rolled out his Reimagine plan that will see the current generation of Jaguars end production and be replaced by an array of ultraluxury electric vehicles in 2025, he dropped a hint of the long-term goal for Jaguar and also Land Rover: Create the world’s most desirable luxury vehicles.

“We made the decision to elevate the consumer-facing touch points of our brands to try and achieve being among the world’s most stylish, refined and modern luxury brands without being constrained by automotive,” said Schorr.

The first ads feature models who look fresh from a fashion show, and only parts of vehicles are seen in many of the ads — the vehicles are in dark, monochromatic colors and are not the center of attention.

“We’ve made this conscious effort in our advertising, in our social media and in our photography to be much more refined, much more elegant and much more modern-looking,” said Schorr.

The campaign is not a preview of what’s to come in 2025, Schorr says. That’s when the Jaguar EVs arrive, all priced north of $100,000 and likely to be direct competitors to Bentley, Aston Martin and other brands with six-figure price tags.

“It’s not the launch of the new brand in 2025, but it is reflective of our overall corporate desire for all of our brands to be much more modern, much more contemporary, much more innovative, provocative and sometimes even mysterious,” he said.

The campaign also is part of Jaguar Land Rover’s larger move to have dealers improve their facilities, which most have done, creating showrooms for each brand under one roof. The dealerships, aimed at improving the luxury buying experience, are equipped with areas that allow customers to sort through samples of interior fabrics and trim, paint colors and accessories and then custom-order their vehicles.

The efforts reflect Jaguar Land Rover’s move upmarket. Land Rover also has a growing lineup of vehicles that are priced over $100,000, and more are coming.

Jaguar has been in a tough spot since the COVID-19 outbreak and microchip shortage. Production has been cut, sales are down, and scarce chips are going to in-demand and highly profitable Land Rover vehicles. The company is working off a backlog of 86,000 paid customer orders for the redesigned Range Rover and for the rugged Defender off-roader. But Schorr says the chip situation is improving and Jaguar production will increase starting this quarter.

There will still be some ads that focus on horsepower figures, 0-to-60-mph times and selling the deal.

With current Jaguar models scheduled to end production by 2025, and no major changes coming, the plan to keep consumer interest stoked is to roll out exclusive, expensive limited production models such as the Jaguar F-Pace SVR Edition 1988, of which just 394 will be made. The vehicle starts at more than $111,000. The Jaguar F-Type Heritage 60 Edition, which celebrates the launch of the classic E-Type in 1961, is another limited edition model. Just 60 were made, all starting at more than $135,000.

Harper’s Bazaar, Elle and Esquire are three of the magazines that will feature the new ads. Videos will appear on the magazines’ social media. Road & Track will also run the ads.

JLR officials would not say how much they are spending on the campaign or how long it will run. Said Schorr: “We’re just at the beginning of this journey.”