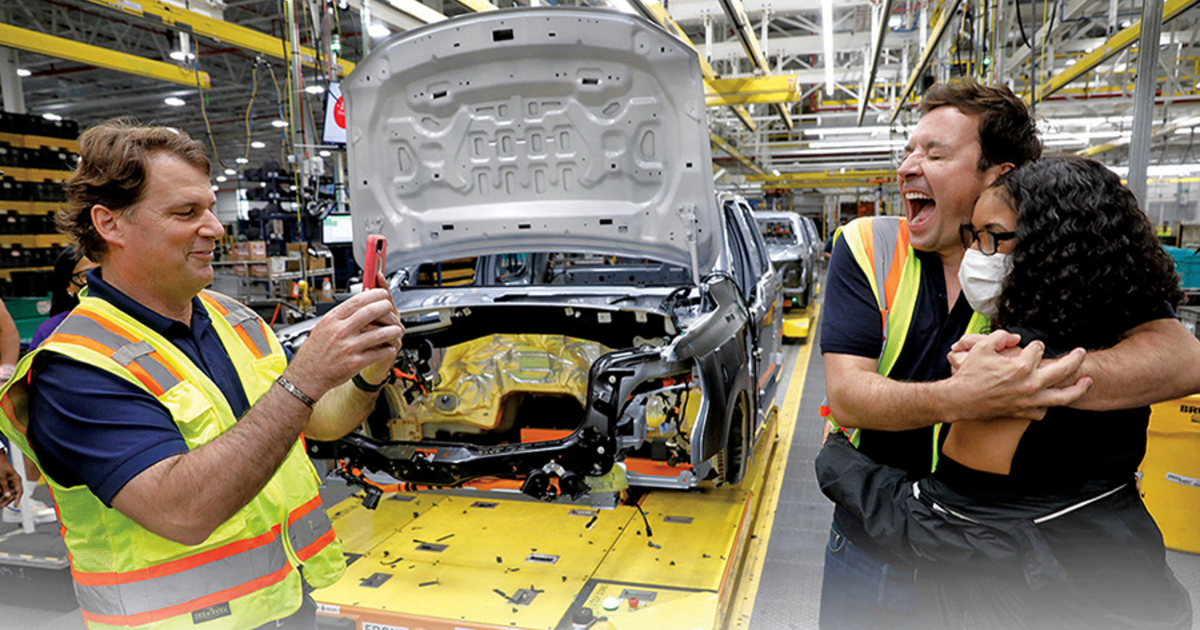 Late-night comedian and Ford F-150 owner Jimmy Fallon surprised employees who make the F-150 Lightning pickup during a stop in Detroit this month.

Fallon joined Ford Motor Co. CEO Jim Farley at a track to test drive the battery-powered pickup and at the Rouge Electric Vehicle Center to see it being built and pose for photos with workers.

“I just drove it 100 miles an hour,” the host of “The Tonight Show” said in an interview with Detroit’s NBC affiliate, WDIV-TV. “Honestly, it was in three seconds. I just floored it, and you like fly back in your chair. Thing’s got some kick, man.”

Fallon — a former “Saturday Night Live” star like Farley’s late cousin, Chris Farley — has talked up the F-150 Lightning multiple times on his show. In May, he created a music video called “Junk in My Frunk” about the truck’s spacious storage area under the hood.

“You are so smart, fun and a badass,” Fallon, who also drove a Bronco and several Mustangs during his visit, tweeted to Farley afterward. “Most importantly — you treat your employees like family and I was so happy to see it all first hand.”