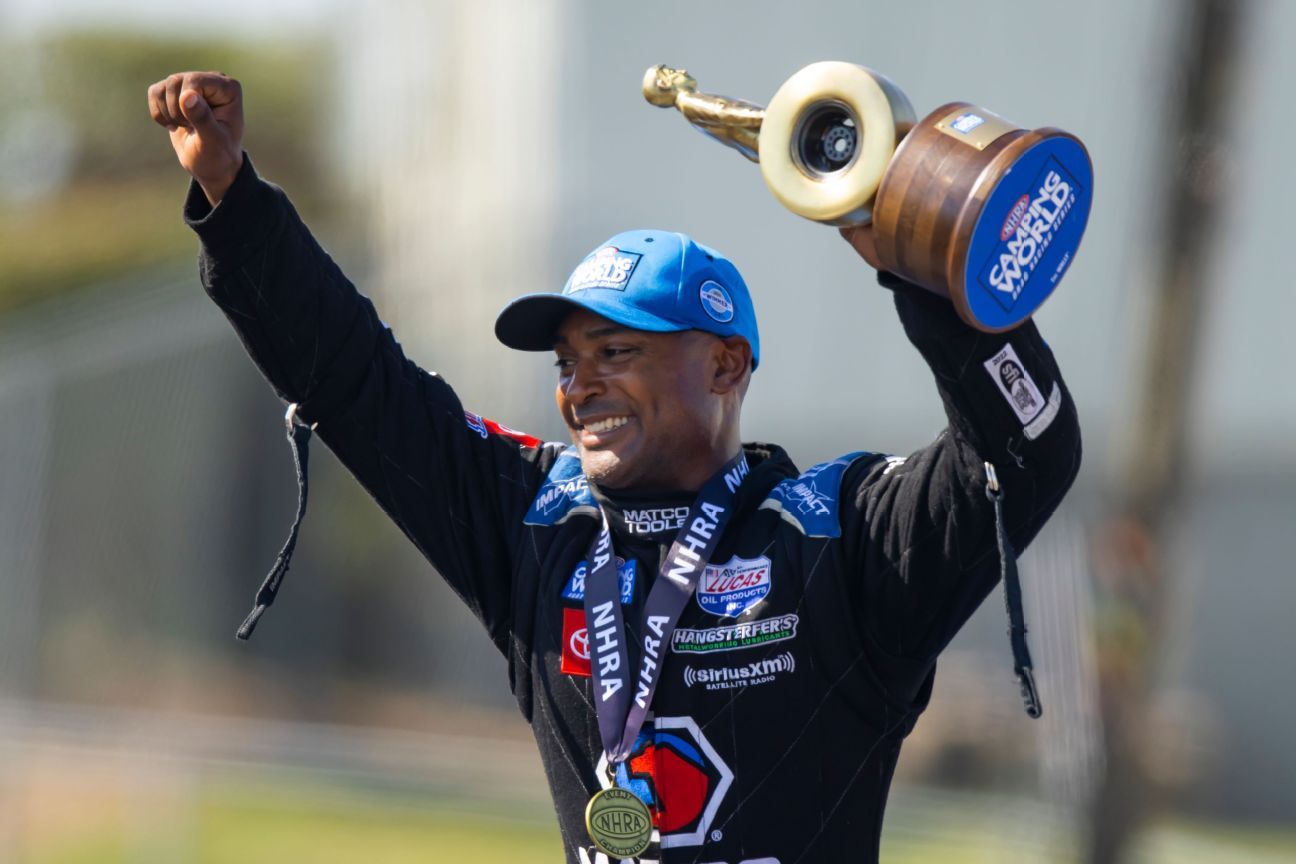 Brown broke a 30-event drought, beating four-time defending series champion Steve Torrence in the final round for his 69th victory and first since the third race of the 2021 season. The 46-year-old Brown had a 3.902-second run at 309.49 mph at Heartland Motorsports Park.

“We kept our heads down,” Brown said. “We faced a lot of resistance, but this AB Motorsports team, we’re all one unit. I wouldn’t want to do this with anybody else. All the people that have been behind us and supported us, this means so much. It felt so good to get this win. I love it and here we come, baby.”

Coughlin raced to his second straight victory, topping defending series champion Greg Anderson with a 6.680 at 206.54 in a Chevrolet Camaro.

Gladstone also raced to his second straight victory, beating Eddie Krawiec with a 6.876 at 195.59 on a Suzuki to take the points lead.