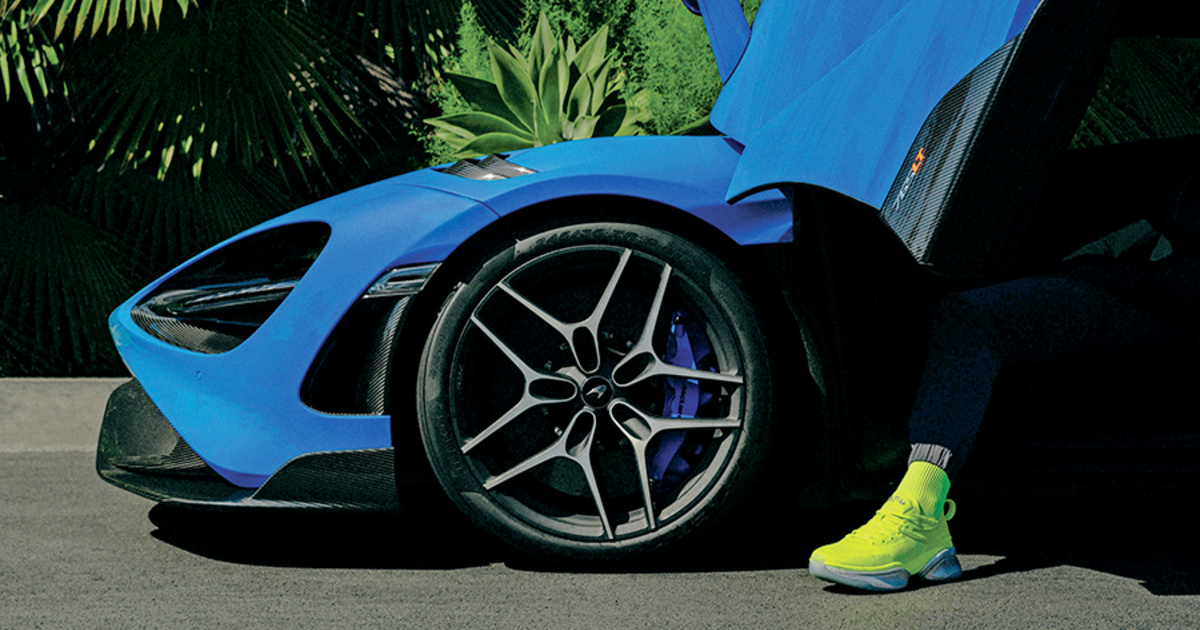 Here’s a chance to buy a pair of McLarens for under $500. But instead of four wheels, these McLarens ride on a three-piece segmented midsole.

The supercar maker has partnered with APL, a high-performance athletic footwear brand, to create a line of shoes called HySpeed. The companies say they used McLaren’s design language and lightweighting techniques in combination with APL’s footwear technology.

The shoes, which sell for $450 and are offered in five color schemes, have microfiber heels and a carbon-fiber plate topped by a nitrogen-infused midsole compound. The outsole has a tread pattern inspired by performance tires.

“APL has developed new technologies specifically for this shoe — inspired by our ground-breaking work using lightweight materials — which also maximizes the wearer’s comfort and experience,” Goran Ozbolt, acting design director for McLaren Automotive, said in a statement. “Like stepping into a McLaren, it is all about optimizing performance, agility and speed.”

The shoes come in a glossy orange, drawer-style box that includes a shoe cover bearing blueprints of the tooling used to make them and a hidden drawing of the McLaren F1 road car.