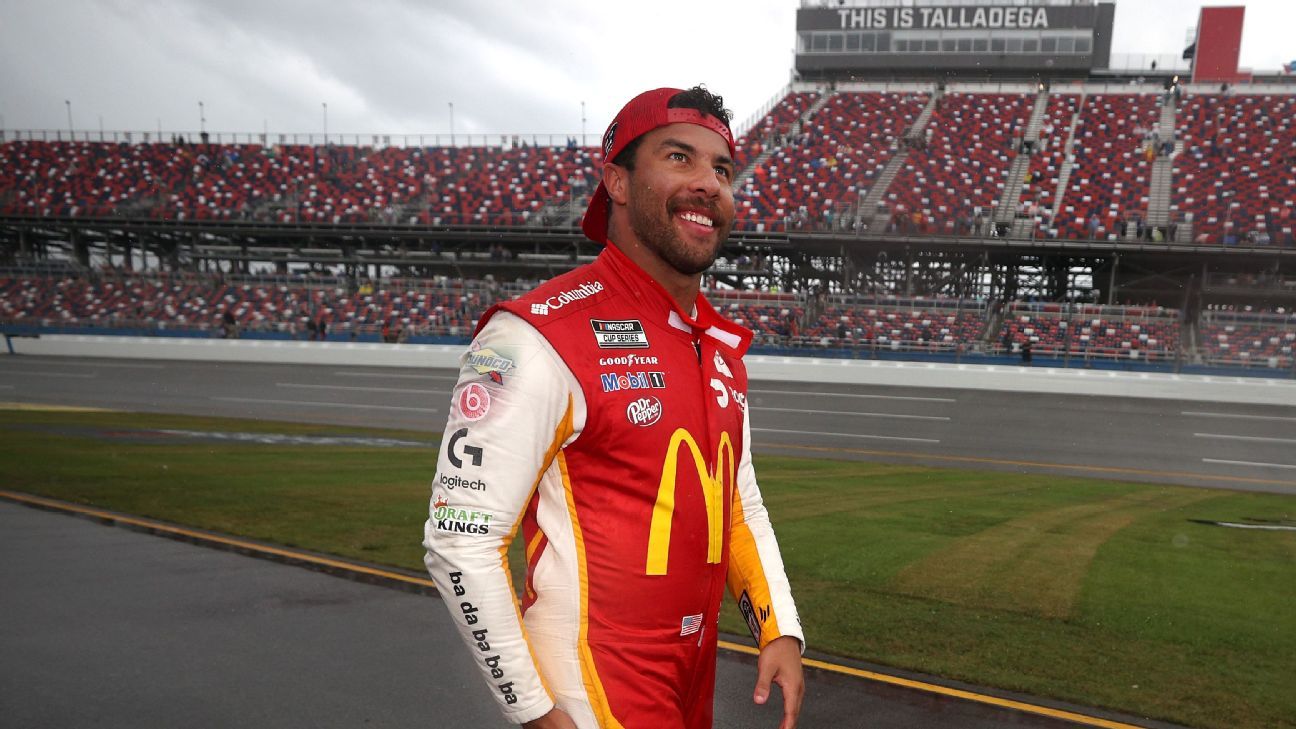 Bubba Wallace locked down his future with 23XI Racing on Friday and now is eyeing a spot in NASCAR’s playoffs for the first time in his career.

Wallace and 23XI announced a multiyear contract extension that keeps Wallace in the No. 23 Toyota that was the foundation of Denny Hamlin and Michael Jordan’s race team. The organization was launched around the only Black driver competing at NASCAR’s top level and the many partners Wallace signed in 2020 when he became a central figure in the national reckoning on racial and social justice issues.

“It feels great to get this renewal done and to know I have a home at 23XI Racing,” Wallace said. “Thanks to MJ and Denny for continuing to believe in me. We’ve come a long way together in less than two years and we’ve checked off some major goals along the way. We know we still have work to do, both on and off the racetrack, but I feel good about our team and the direction we’re heading.”

Wallace had no intention of testing the free agent market because he believes his only future in NASCAR is with 23XI.

“I thought from Day 1 on joining this team that I wanted to make this where I retire and a place that I call home for a very long time,” Wallace said. “I’m just trying to do the best that I can and continue those efforts.”

The team expanded this season to add a second car, with veteran Kurt Busch as Wallace’s teammate. Busch will miss his fourth consecutive race on Sunday with concussion-like symptoms, which has put his playoff berth in jeopardy.

At the same time, Wallace is clawing toward his own spot in the 16-driver field. Wallace has never before made the Cup series playoffs and heads into Sunday’s race at Richmond ranked a career-best 19th in the standings.

He’s coming off his first pole of the season last week at Michigan International Speedway and then a second-place finish that left him nearly in tears over falling just short of his second career win.

“We haven’t had the best season, but we’ve been able to turn it around and really shown what we are capable of these last handful of races,” Wallace said. “We know the urge to win is high and I thought that was the best opportunity that we had all year long, and just me replaying the last restart and wondering what could I have done different?

“I am in a much better place today; I see how incredible our team performed … to put us in that position. So lots to be happy for and grateful for, but in that moment, the sign of defeat got me there for a second.”

Wallace has four consecutive finishes of eighth or better, but he needs a victory in the remaining three regular-season races to get into the playoffs. NASCAR races at Richmond, the road course at Watkins Glen and then Daytona, where Wallace should be considered among the favorites.

Wallace earned his only career victory, the first for the 23XI organization, last fall at Talladega. At Daytona, Wallace has four top-5 finishes in 10 career Cup starts. Three of those finishes were second.

“Without a doubt,” Wallace said when asked if he believes he can win in the regular season. “We’re really confident with what we’re bringing back for Sunday. Watkins Glen is just a race of survival, you never know what can happen. But then Daytona, I think we’re one of the favorites going into that. We just have to continue to do what we do like we’ve been doing the last four to five races.

“It seems to be working. Don’t ask what it is. I can’t really tell you. But it’s working.”

The extension was announced a day after Wallace hosted more than 3,500 people at Richmond Raceway for the inaugural Bubba’s Block Party, which he hopes will bring a younger, more diverse audience to NASCAR.

The event was one of the many initiatives Wallace has tackled as a key figure in diversity, equity and inclusion efforts with both 23XI Racing and NASCAR. His Live to be Different Foundation allows Wallace to engage with the Charlotte-area community through backpack drives, and the Knowledge is Power Program brings students to racetracks across the country.

Additionally, Wallace’s clothing design collaborations with both McDonald’s and Columbia Sportswear Company have brought NASCAR to a new audience.

Hamlin called Wallace “a key part of the early stages of 23XI” and said the team would continue pushing his career.

“The goal was to help him take his career to a higher level, and we have done just that,” Hamlin said. “Bubba is continuing to get more competitive each week. We’re excited to see his growth as he and the team work toward achieving our goals.”