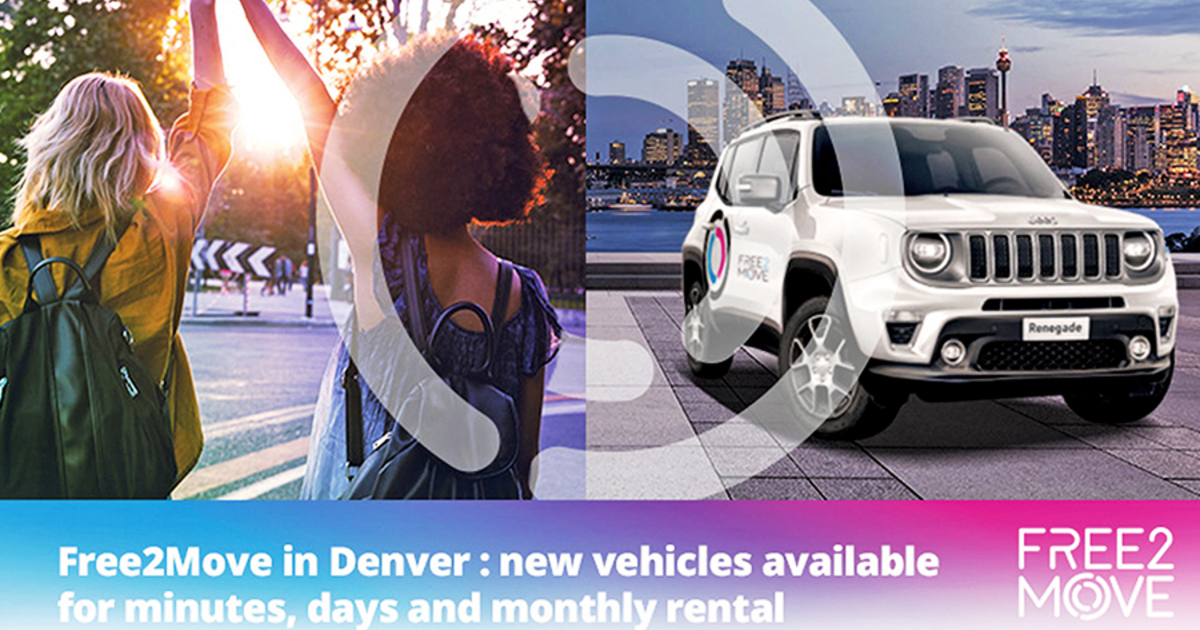 Stellantis has a lofty agenda as it pushes aggressively into electrification while also striving to generate more revenue through software and to improve the ownership experience with over-the-air updates.

But this ambitious to-do list may not even be the trickiest task looming for Stellantis. The company is working to conquer another goal that has perplexed many an automaker: delivering a viable short-term rental service in the U.S.

Stellantis has been steadily growing its footprint with its Free2move that launched in Europe in 2016 before debuting in Washington, D.C., in 2018. It has since expanded to cities such as Austin, Texas; Columbus, Ohio; Portland, Ore.; and Denver.

“We are now running a profitable mobility service, something many others have tried and failed,” Stellantis CEO Carlos Tavares said during a March presentation of the company’s Dare Forward 2030 plan. “Now it’s time to scale up.”

Free2move is growing at a time when other manufacturers have moved away from short-term rentals. General Motors shuttered Maven in 2020 after four years, then Daimler and BMW sold their European joint venture, Share Now, to Stellantis in July. Share Now, once known as Car2Go, was pulled from North America in early 2020.

Stellantis sees a chance for continued growth. Free2move had $40 million in net revenue in 2021, and it’s looking to reach $2.8 billion by 2030. By that point, Stellantis hopes Free2move will have 15 million active users, a milestone that appears much closer after the Share Now acquisition bumped its base up to 6 million. Share Now controlled 45 percent of the European short-term rental market.

Free2move offers short-term rentals for those looking for weekend transportation, but it also provides flexibility for users who need a vehicle for much longer through its subscription Car On Demand. Free2move said 44 percent of its bookings last for a week or more, and 16 percent are created for “long weekends.” The company has a fleet of 450,000 vehicles worldwide.

Free2move CEO Brigitte Courtehoux said the company is attracting young consumers who enjoy the freedom to use a vehicle when needed and drop it off when they’re done. The increasing cost of buying a vehicle, with TrueCar reporting in June that the industry’s average transaction had topped $45,000, could be playing a role, she said.

“The average age of our customers is around 35 years old, which is young when we know that a customer entering into a dealership is more than 55 years old, so you see the gap,” Courtehoux told Automotive News. “So young generations are willing to use the cars, which is super interesting. This is why this is growing.”

Stellantis’ quest to make Free2move appeal to U.S. consumers is coming with lessons about lifestyle differences compared with Europe. For instance, Courtehoux said Americans tend to travel farther, and the acceptance of electrified vehicles is quite different in the two markets, so the vehicle options reflect that.

In Europe, users can choose from conventional gasoline models, plug-in hybrids and battery-electric vehicles from the likes of Jeep, Peugeot, Citroen and Opel. The company just dropped off 150 Jeep Renegade and Compass plug-in hybrids, models that haven’t reached the U.S. yet.

In the U.S., the menu consists of the standard Renegade and Compass along with vehicles outside the Stellantis umbrella, such as the Chevrolet Equinox and Cruze. The service, which was a PSA Group property before the 2021 merger with Fiat Chrysler Automobiles, started with General Motors products when it entered the U.S.

The subscription service gives users access to mass-market vehicles along with options from Tesla and Mercedes.

“Really since Day One, the vision was the same,” Courtehoux said. “We wanted to simplify customer mobility taking into account the fact that our customers are switching from ownership to usage. More and more customers are not willing to own a car; they are using a car.”