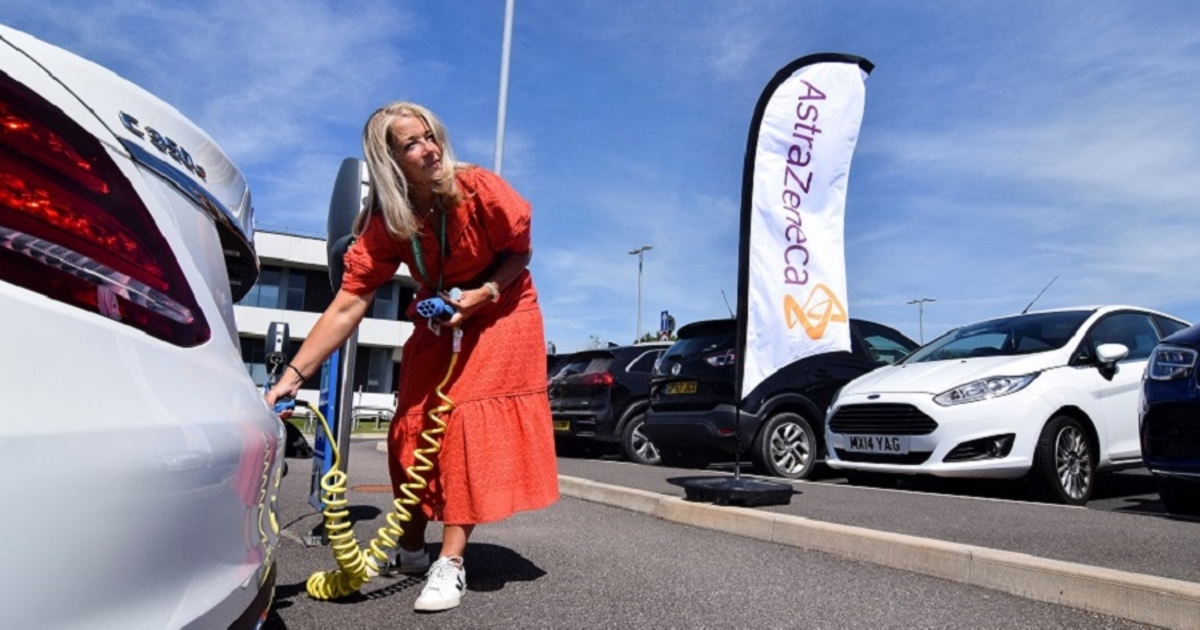 MACCLESFIELD, England — Large corporations are jumping on the green bandwagon, which in turn is pushing firms that lease and manage car fleets to convert to electric vehicles faster than they had ever thought possible.

In late 2020, fleet management company ALD set a to have 30 percent of its new cars electrified by 2025 — a goal that seemed like a stretch because as recently as 2019 only one in 200 of ALD’s new vehicles was an EV or a hybrid.

But corporate clients chasing environmental, social and governance (ESG) goals pushed the leasing giant, a unit of Societe Generale, past that target in 2021.

ALD has set a new goal that around 50 percent of its new vehicles will be either EVs or hybrid models by 2025 as corporations’ hunger for zero-emission options to meet ESG targets keeps growing, Deputy CEO John Saffrett said.

Corporate clients are “all sitting there trying to figure out how they are going to meet their sustainability objectives,” Saffrett said. “An obvious part of their footprint today that they’re trying to address is their vehicle fleet.”

Firms like ALD, which replaces its entire fleet every 42 months, play an important role in the auto industry, buying millions of vehicles globally that also help shape the future of the used car market when they come off lease.

ALD also leases cars to both firms and consumers on behalf of some major carmakers including Tesla and Ford Motor.

According to industry data, leasing has grown as retail sales have fallen — the share of cars bought at retail in Europe fell to 45 percent in 2021 versus 55 percent in 2020.

France-based ALD is taking over Dutch rival LeasePlan, giving it a combined global fleet of around 3.5 million vehicles, as it focuses on scaling up its EV business.

Large ALD customers like AstraZeneca have set electrification targets – the drugmaker wants its global fleet of 17,500 vehicles to be fully electric by 2025 – and are pushing carmakers to make those cars greener.

That intensifies the pressure on the auto industry to squeeze carbon and other harmful materials out of their supply chains.
But electrifying large fleets is easier said than done.

A lack of available public charging infrastructure means that for companies with sales representatives who drive long distances, only plug-in hybrids will work for now.

“The challenge you have with electrification as a corporate is you can’t just switch drivers on day one,” ALD’s Saffrett said. “You’d love to, but it simply doesn’t work.”

In Africa, some parts of Asia and Europe, companies like AstraZeneca also face a lack of available EV or hybrid models.

In other areas, where a more rugged pickup truck is needed to reach the doctors served by such companies, suitable EVs are in short supply. AstraZeneca, for instance, has no choice but to buy fossil-fuel models in those regions, said Juliette White, the drugmaker’s head of global sustainability.

Around 58 percent of AstraZeneca’s global fleet are EVs, hybrids or plug-in hybrids.

“What we’re absolutely clear about is if there is a plug-in hybrid or EV available, you’re not getting a combustion engine model,” White said at AstraZeneca’s manufacturing site in Macclesfield in Northern England.

The rush to electrification is intensifying in Europe, where corporations face regulatory pressure to cut carbon footprints.

The most immediate focus is on so-called Scope 1 and Scope 2 emissions – those a company generates itself directly and indirectly.

Going electric ticks both of those boxes.

Passenger cars and commercial vehicles are by far the largest asset class in Europe’s leasing market.

According to industry lobby group Leaseurope, in 2020 new vehicle leases totaled 244 billion euros ($249.5 billion), or 69 percent of all equipment leases.

In Europe, EVs can also serve as a marketing tool for companies battling for qualified employees.

“Company cars can be a determining factor in the war for talent,” said Piet Briers, Bayer’s head of benefits. “As the availability of zero-emission car models as well as charging infrastructure continue to positively evolve, we see that employees are getting more engaged to opt for sustainable solutions.”

But North America is catching up.

By 2030, around 40 percent to 60 percent of the 1.5 million vehicles managed by Toronto-based Element Fleet Management Corp — 75 percent of which are in the United States and Canada — will be fully electric as businesses pursue ESG goals, said CEO Jay Forbes.

Again, though, the availability of suitable models and charging infrastructure will slow the adoption of EVs by corporate customers, he said.