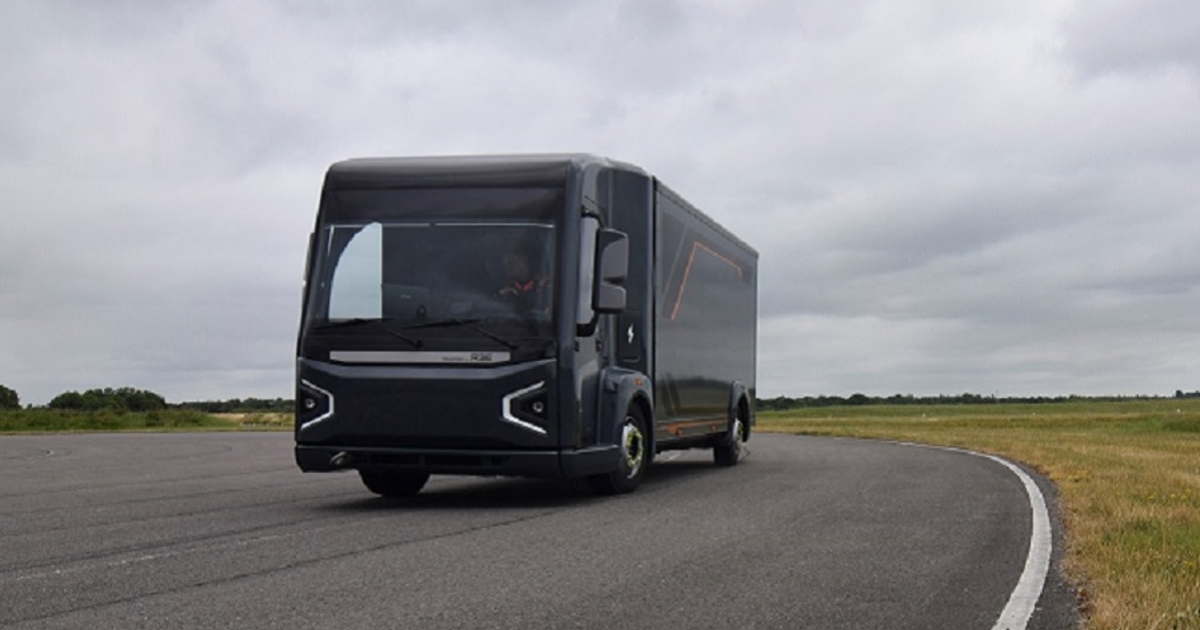 NUNEATON, England — A handful of commercial electric vehicle startups are burning through cash fast, racing to bring vans or trucks to market before the funds run out or customers choose to buy from legacy automakers such as Ford or General Motors.

Boosted by investor hunger to create the next Tesla, a clutch of commercial EV makers on both sides of the Atlantic have gone public via reverse mergers with special-purpose acquisition companies (SPACs), raising hundreds of millions of dollars as they sought to emulate Elon Musk’s success.

But investors have soured on EV startups and their ability to compete with legacy carmakers, sending their shares to a fraction of their peak prices. This has raised the pressure to produce working vehicles fast if they want to raise fresh funds in an industry where launching a single vehicle can cost $1 billion.

“It’s vitally important at this stage to get vehicles into customers’ hands,” said Daniel Barel, CEO of Israeli electric chassis maker REE Automotive, which has run vehicle tests with customers near Detroit and will unveil a UK prototype van this week. “Only then can they make a real decision to buy.”

REE’s chassis use “corners” or standalone in-wheel electric motors, with brakes and steering housed in all or some of the wheels of an EV that do not need axles or powertrains, freeing up more space inside a van.

“We want to keep true to what we’re about and let others bring their expertise in for the rest,” said vice president for engineering Peter Dow at REE’s engineering center in Nuneaton, England.

The clock is ticking.

“We are on track, we are on budget, we have got everything we need to take it to the market,” Barel said while demonstrating a test vehicle near Detroit, adding that REE has enough cash to last beyond the end of 2023.

Others have already struggled, however.

In May, Canoo disclosed “substantial doubt” about its ability to continue as a going concern, but recently received a boost when Walmart ordered 4,500 vehicles.

Obtaining more cash could be tough.

“The market right now is not an ideal market to raise capital,” said Dakota Semler, CEO of Los Angeles-based Xos, which already has 200 electric trucks operating on U.S. roads for customers including Amazon delivery contractors.

Xos had $132.7 million in cash at the end of March and can raise $125 million more via a share purchase deal with a unit of U.S. investment firm Yorkville Advisors.

Legacy automakers are turning up the heat.

FedEx has 150 electric trucks from GM’s Brightdrop brand running deliveries around Los Angeles. “It feels like you’re in the future now,” FedEx driver Nelson Granados, 28, told a Reuters reporter as he made deliveries during a ride-along in a BrightDrop EV.

British EV startup Bedeo makes electric powertrains for vans for Stellantis and said earlier this year it was talking to investors about building its own vans.

Despite its track record – vehicles with Bedeo powertrains have clocked over 50 million km (31 million miles) – executives say investors are now wary of competing with the likes of Ford’s electric Transit van.

Bedeo CEO Osman Boyner said the company will instead start converting existing diesel vans later this year using Protean’s in-wheel electric motors so they can run in electric mode in cities with low-emission zones and diesel on longer journeys.

Bedeo is also talking to legacy automakers about producing small, specialized production runs of 5,000 or so vans for them.
“Big automakers don’t want to do that in-house,” Boyner said. “Those numbers are too small for them, but they’re big numbers for companies like us.”

EV startups are cutting back.

Rivian said earlier this year that its $16 billion in cash as of the end of March was enough to fund its second U.S. plant for $5 billion, targeted to open in 2025, but it announced in late July that it would cut its workforce by 6 percent to reduce costs.

Amazon has ordered 100,000 vans from Rivian, whose stock has fallen more than 80 percent from a peak hit shortly after its November 2021 initial public offering.

The startup has begun phased trials with United Parcel Service, which has ordered up to 10,000 Arrival vans.

“We believe that we will continue to access funding from a number of different sources,” Wozniak said. “However, the terms may be less favourable and the amount and timing remains uncertain, which is why the company announced the measures it is taking to preserve cash.”

Startups that avoided going public via SPAC mergers are now waiting for the market to improve.

Spokesman Duncan Forrester said Volta has prototype trucks in customers’ hands and is on track for series production in early 2023.

It has an order book of more than 6,500 trucks valued at around 1.4 billion euros. Later in 2023, Volta will look to raise funds, either through fresh fundraising or an initial public offering.

“From an investor perspective, that will be a different conversation because we will be able to demonstrate a track record of bringing vehicles to market,” Forrester said.