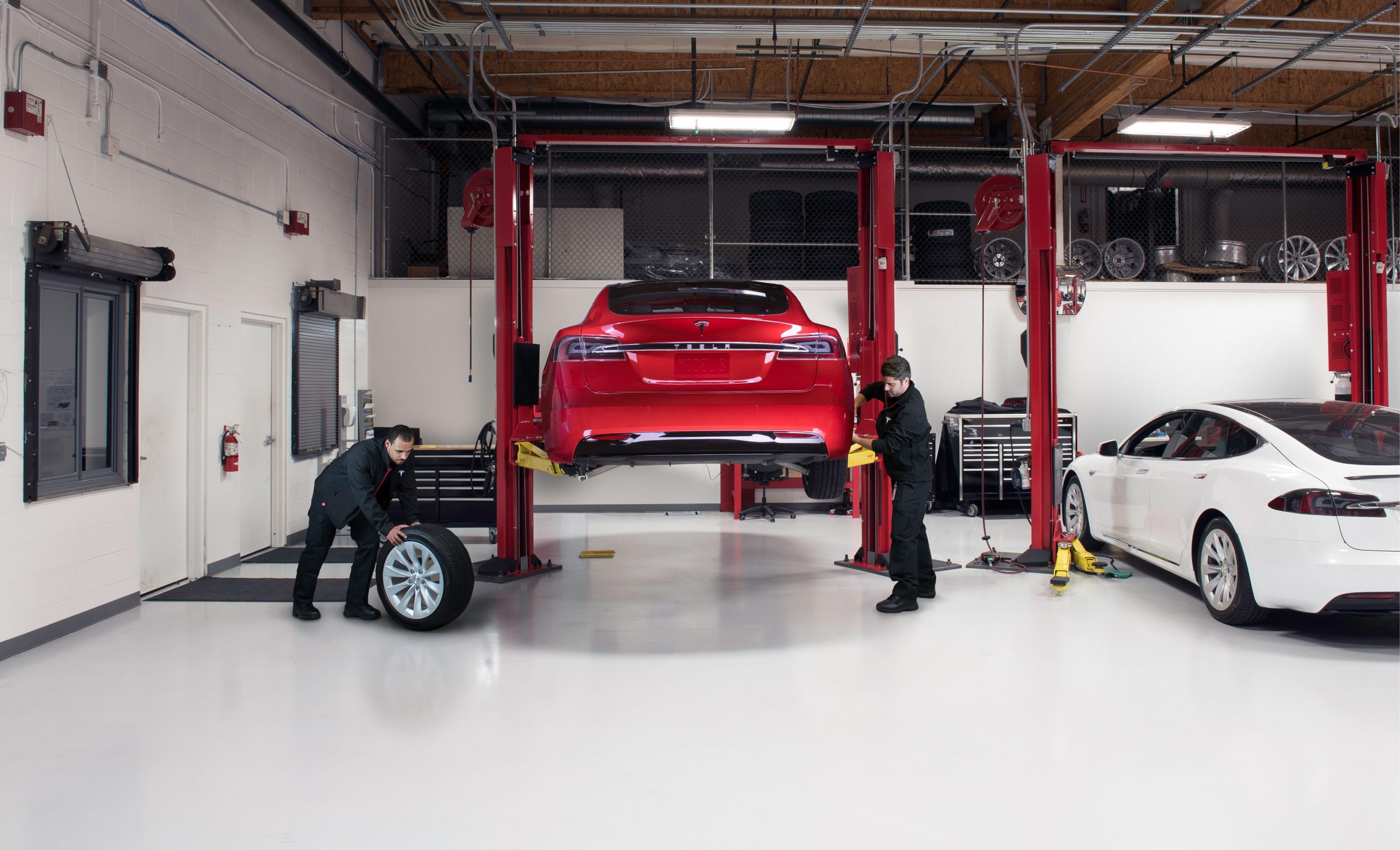 Tesla’s focus on quick and efficient service visits with inspiration from Formula 1 pit crews is bringing closure to the company’s offering of loaner vehicles and Uber credits for same-day fixes.

Tesla’s Service Centers are strategically placed across the country and allow owners to receive repairs from technicians trained by the company. However, Tesla’s Service experience has not been A+ in recent years, and while the company has worked to expand the number of locations, customers still have complaints.

In an effort to expedite the entire Service experience as a whole, CEO Elon Musk has talked about adopting F1-style pit strategies in Service Centers that will have nearly all issues fixed within the same day. Of course, this requires some reasonability from customers, who have held the company to a high standard for many years. While Musk has talked about this since 2017, the CEO Tweeted about the strategy once again in late July.

Despite the relatively positive ownership experience that many owners report, a common issue nearly across the board in Service. Tesla is making more changes to its Service Department by going all-in with same-day service. The company is beginning to restrict provided transportation for some owners, including ones who have repairs that require multiple days of attention.

A reader of Teslarati reached out late last week to inform us that Tesla technicians stated they would not be able to provide transportation in any way to the customer. The repairs were expected to be completed in the same day:

“As a reminder, we will not be able to offer any alternate transportation for the duration of your service appointment, as we aim to have all service completed by 5 pm.”

Ultimately, a loaner was provided to this customer after they made several phone calls and insisted the company provide a form of transportation to get them to and from work from the Service Center.

It seems fair that they received a loaner, considering the policy is new and unannounced. However, the rep also stated to the customer that Tesla would be eliminating loaners and Uber credits due to a “universal policy” that would be company-wide starting this month.

The customer was told by a Service representative that Uber credits will no longer be offered under any circumstance. This has been an issue with owners as far back as May 2022.

Tesla does not have an active press department, but Teslarati did send an email to its PR department. It did not immediately respond.

Tesla’s possible axing of the Loaner Program has not yet been confirmed by the company. In 2019, rumors of the Loaner Program coming to a halt were shot down by Musk, and they turned out to be true. However, with the company’s focus on fast and efficient service, it would not be out of the question to save a few loaner vehicles at each Service location, with a strict policy of them only being used for multi-day appointments.