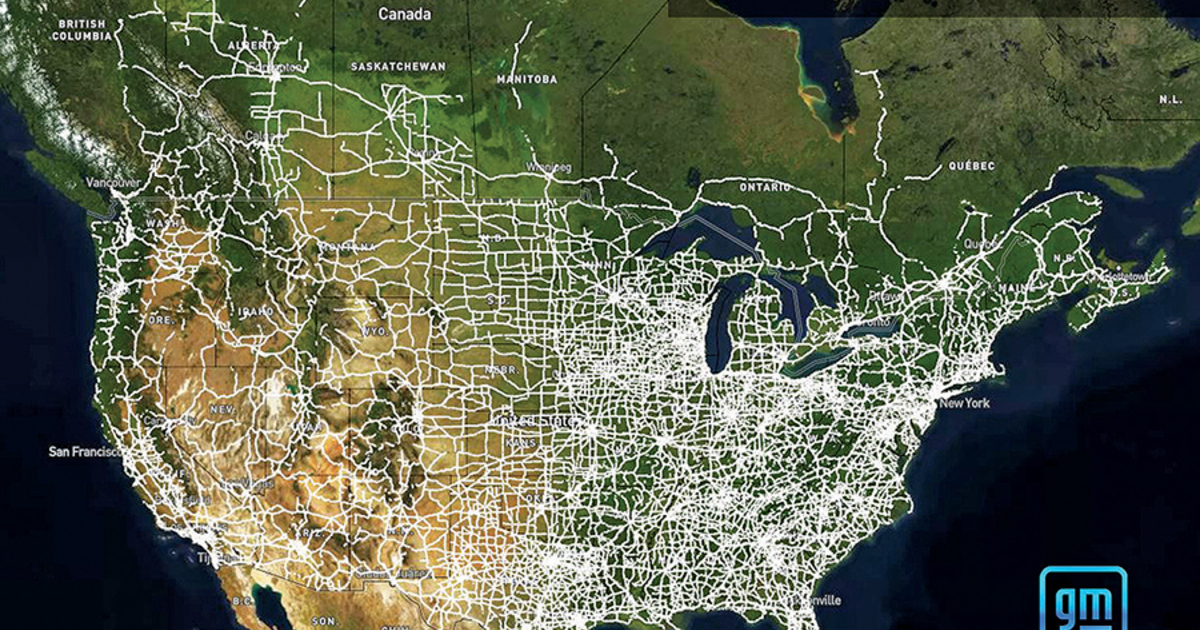 DETROIT — General Motors plans to double its hands-free driving network to cover 400,000 miles in the U.S. and Canada starting later this year.

The expanded mapping will roll out with Super Cruise-enabled vehicles that come to the market in the fourth quarter, and it will be delivered via a free over-the-air update to current Super Cruise customers with a 2021 or 2022 model.

The expansion will allow customers to drive hands-free along interstates and large sections of notable routes, such as Route 66, stretching 2,400 miles between Chicago and Los Angeles; Route 1, extending 2,370 miles between Key West, Fla., and the Maine-Canada border; California’s Pacific Coast Highway and the Trans- Canada Highway.

With the expansion, “all the little townships are going to be connected now,” David Craig, GM’s mapping specialist, told reporters last week. “This is expanding Super Cruise’s availability to many, many millions more customers.”

Super Cruise is available on the Cadillac Escalade, CT4, CT5, XT6 and Lyriq; GMC Hummer and Sierra pickups; and Chevrolet Silverado and Bolt EUV. It will soon be available on the Chevy Tahoe and Suburban and the GMC Yukon, GM said.

Super Cruise will be available on 22 models by the end of next year, GM said.

The Bolt EUV and Cadillac XT6 and CT6, which has been discontinued, will be eligible for a limited version of the mileage update because they were built on a previous-generation platform.

Super Cruise pricing ranges from $2,200 to $2,500. The mapping update will be free for existing customers.

“We are pursuing what we believe to be the most comprehensive path to autonomy in the industry with responsible deployment of automated driving technology like Super Cruise at the core of what we do,” Mario Maiorana, chief engineer for Super Cruise, said in the statement.

Super Cruise requires the driver to take control when merging on or off highways. The expanded maps on state and federal routes will also require the driver to take control when approaching intersections with traffic lights or stop signs. Automatic lane change and lane change on demand will not be available on the state and federal routes, but drivers will be able to use the Super Cruise trailering feature.

More than 40,000 vehicles are already equipped with Super Cruise, GM said. To date, GM customers have driven more than 34 million miles with the technology.