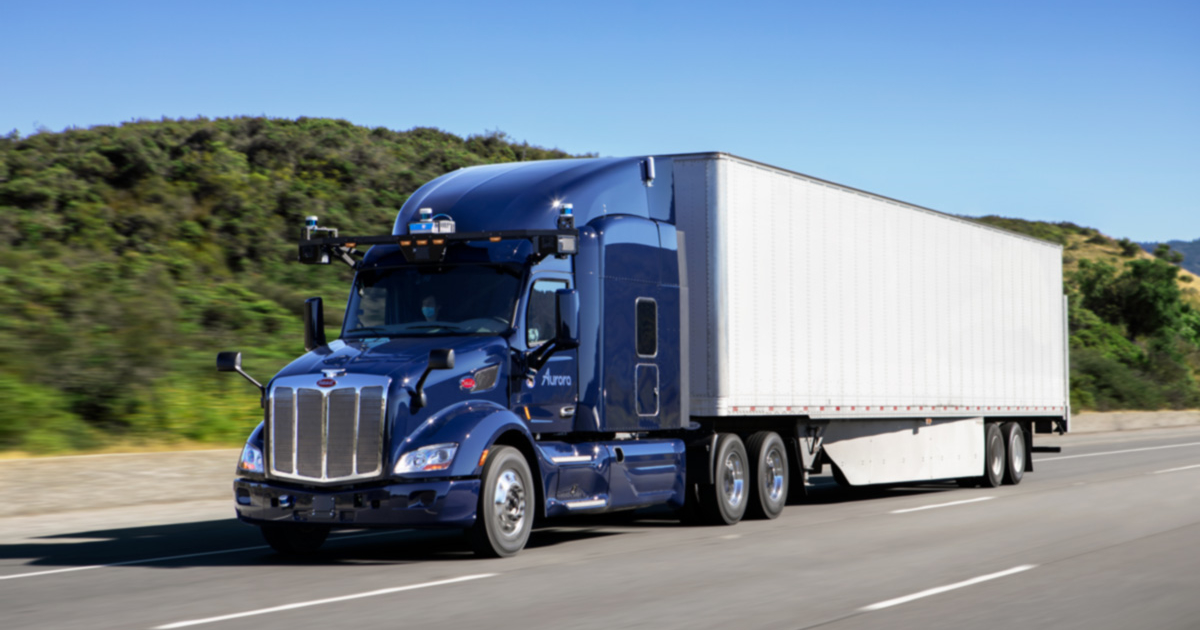 “We are going to be putting more emphasis on trucking and making sure that product makes it to market,” Chris Urmson, Aurora’s CEO and co-founder, said during an earnings conference call on Wednesday analysts and investors.

“We still see value in the ride-share market,” he said. “But trucks will be the first aspect of our strategy.”

The priority is showing up in the types of vehicles Aurora has on public roads: 20 autonomous Class 8 tractors and eight self-driving Toyota Sienna minivans.

The company also is ramping up freight hauling. Aurora averaged 14 loads per week in the second quarter. That will rise to 40 by the end of this year and 100 in late 2023. Aurora’s freight operations are on two Texas routes: Dallas/Houston and Fort Worth/El Paso. The company plans to gradually extend and add routes and increase the volume of goods hauled.

The company said on Wednesday that its second-quarter loss widened more than sixfold as it logged a large impairment charge and continued to ramp up spending on autonomous heavy-duty trucks and robotaxis.

The Pittsburgh company said its net loss widened to $1.2 billion from $182 million in the same period a year earlier.

The loss included a $1 billion charge because a large drop in market capitalization triggered a noncash expense to reduce the carrying value of goodwill. Aurora’s market value has plunged from $13 billion to $3 billion since the start of the year.

Absent that, Aurora spent $184 million on R&D, its main operating expense. That compared with $160 million in the same period a year earlier.

The company reported $21 million in revenue as it launched autonomous trucking as a service for a handful of pilot clients. Aurora had no revenue in the second quarter of 2021.

Despite the significant loss, Aurora CFO Richard Tame said the company has sufficient reserves to get it well into 2024, including $1.4 billion in short-term investments. Aurora also is making enough headway on its road map to autonomous driving commercialization to attract new investment, he said.

“We expect progress along the road map will support us being able to access the capital markets when the time is right,” Tame said. “We have the ability to wait and see what’s happening in the market.”

Tame said Aurora expects to increase its revenue in 2023 and 2024 as the company scales the number of trucks in its development program. “From our perspective, we don’t expect to show commercial revenue until we have vehicles without operators,” he said.

Aurora has a safety driver aboard its trucks but will pull the human at some future point.

“Our product is not meant to pull loads with human drivers; it’s to have an autonomously enabled platform without a human driver,” Tame said.

Given the expense of developing an autonomous driving system and the current economic climate, Urmson expects consolidation among self-driving startups.

“We see it as helping clear the playing field,” he said.

“It’s totally appropriate in a new industry for there to be lots of players exploring the space,” he said. “But those of us who know what we’re doing will be able to make progress, deliver the technology, execute on our mission and create shareholder value.”