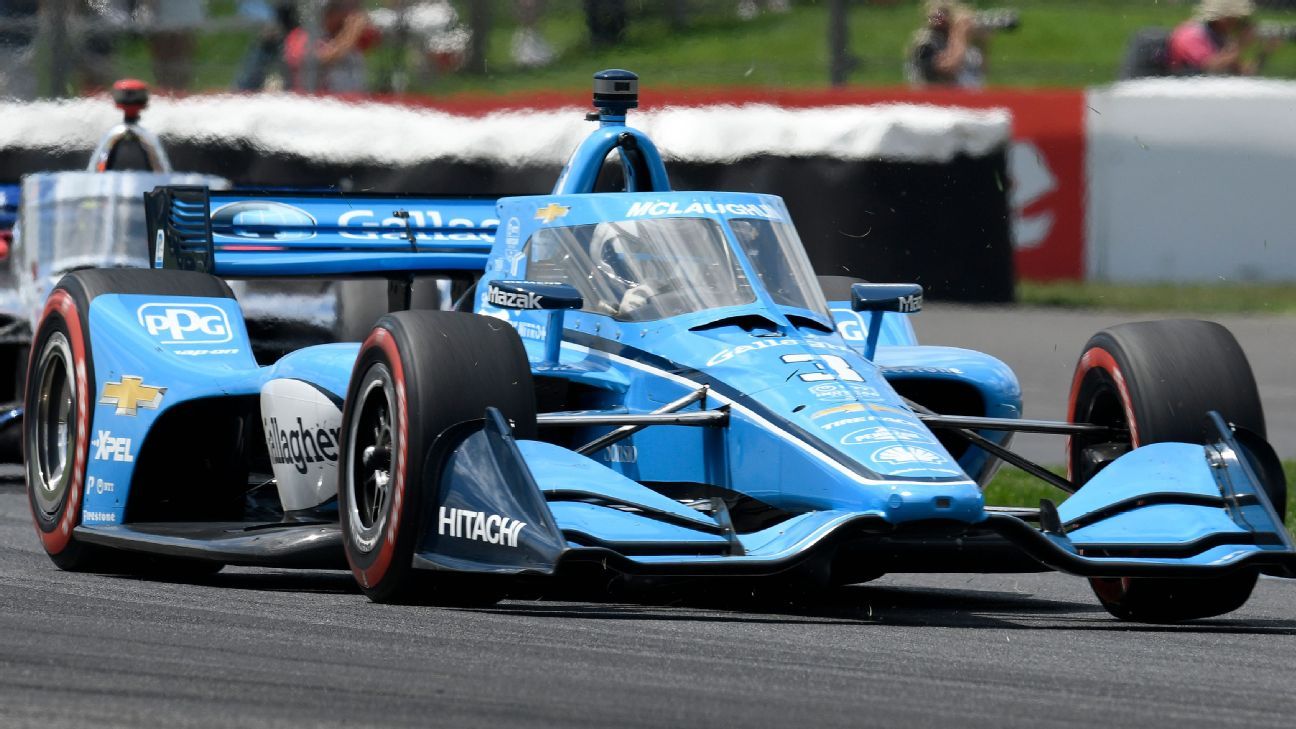 NASHVILLE, Tenn. — Scott McLaughlin won the second pole of his IndyCar career and Romain Grosjean and Christian Lundgaard earned their highest starting spots of the season in rain-delayed qualifying for the Music City Grand Prix.

McLaughlin won the pole on a flying final run around the 11-turn, 2.1-mile course in Saturday’s session, which started 90 minutes late because of weather delays, and a sloppy, shortened first qualifying group left some drivers steaming with anger in the hot, humid Nashville post-rain conditions.

Grosjean qualified second for Andretti Autosport, which had three drivers eliminated in the first round of qualifying. Lundgaard was a career-best third for Rahal Letterman Lanigan, which advanced all three of its drivers to the top 12.

Lundgaard overcame a penalty in the second round and locked a tire in the final round and still managed to qualify third.

The championship contenders had a mixed day with reigning champion Alex Palou, who is ranked sixth in the six-driver fight, the highest qualifier at fourth. Pato O’Ward, who is fifth in the standings, only advanced because IndyCar points leader Will Power was knocked from the final fast six round for impeding O’Ward’s lap when he went off course in the top 12.

The penalty stripped Power of his fastest lap and O’Ward took his spot. Power holds a nine-point lead over defending race winner Marcus Ericsson, and only 52 points separate Power from Palou with Sunday’s race the first of the final four this season.

“We can have a great day tomorrow,” Power said of starting eighth. “Get good strategy, good pit stops and see what we’ve got.”

Josef Newgarden of Penske, who is third in the standings, qualified sixth.

Ericsson and Scott Dixon, fourth in the standings, failed to advance out of the first round. Dixon will start 14th and Ericsson 18th, where he started from in last year’s victory.