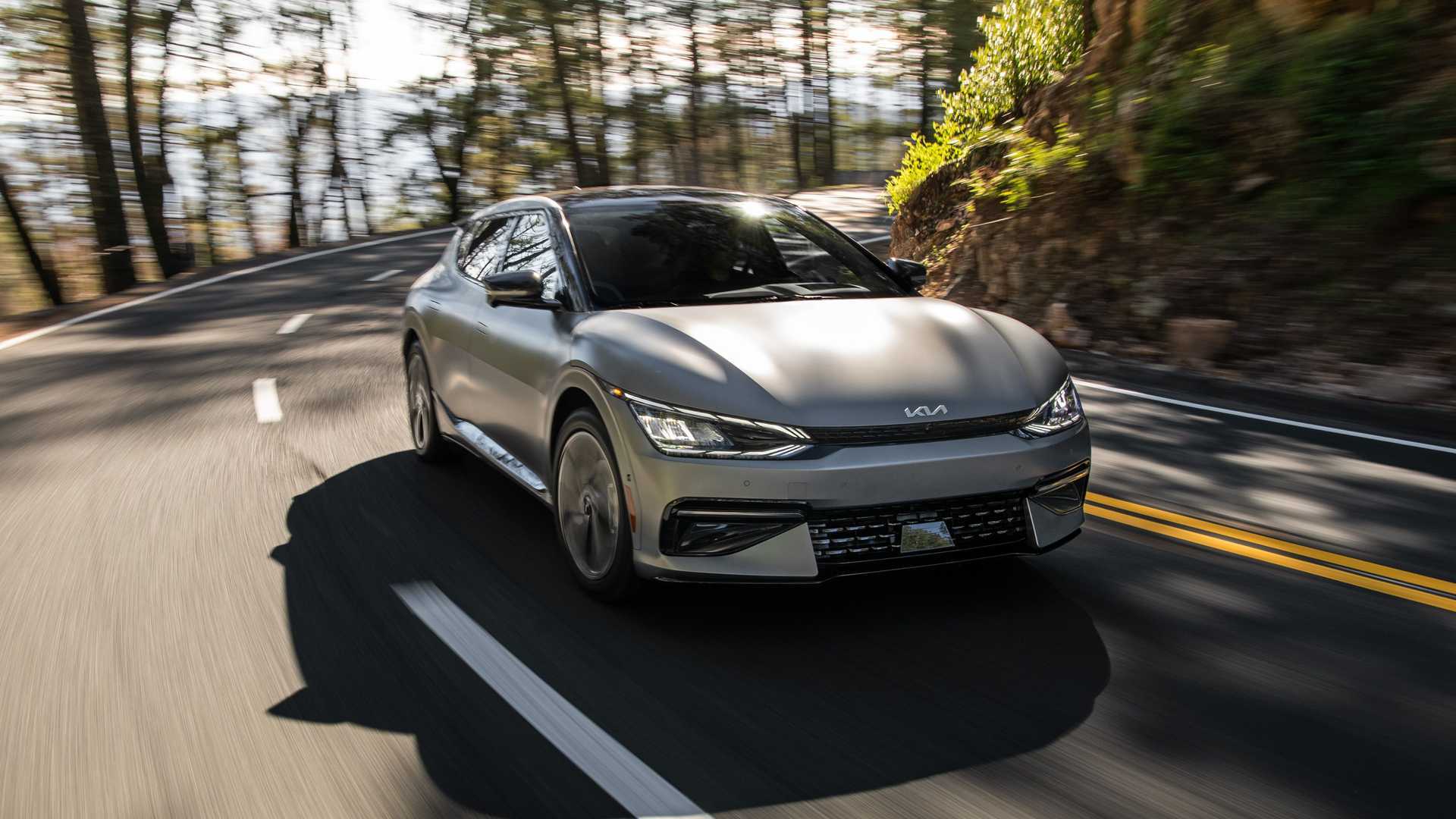 Meanwhile, Kia increased its electrified car sales (HEVs, PHEVs, and BEVs) by 86% year-over-year, although a precise number has not been revealed.

Deliveries of the all-electric Kia EV6 slowed down in July to 1,716 (2.7% of the total volume), which is the lowest monthly result so far.

We guess that it’s due to a limited supply of new cars. Kia usually produces between 6,000 and 8,000 units a month total (for South Korea, Europe, North America and other markets), which appears to be too low to satisfy demand.

After six months on the market, the Kia EV6 has reached a cumulative sales total of 14,284. At such a rate, more than 25,000 units should be sold by the end of the year.

Unfortunately, the manufacturer does not report sales of other plug-in models, as they are counted together with conventional or non-rechargeable hybrid versions.

Kia’s plug-in lineup has been recently strengthened by the Sportage PHEV model, which offers up to 32 miles (51 km) of all-electric range.

“With the introduction of the Sportage PHEV and the ongoing popularity of the all-electric Kia EV6, the brand’s push toward electrification is ongoing and we expect to continue gaining share in this important category. Kia’s eco-friendly line-up will be further enhanced as production begins on the all-new 2023 Niro family of hybrid models which arrive in Kia showrooms this October.” 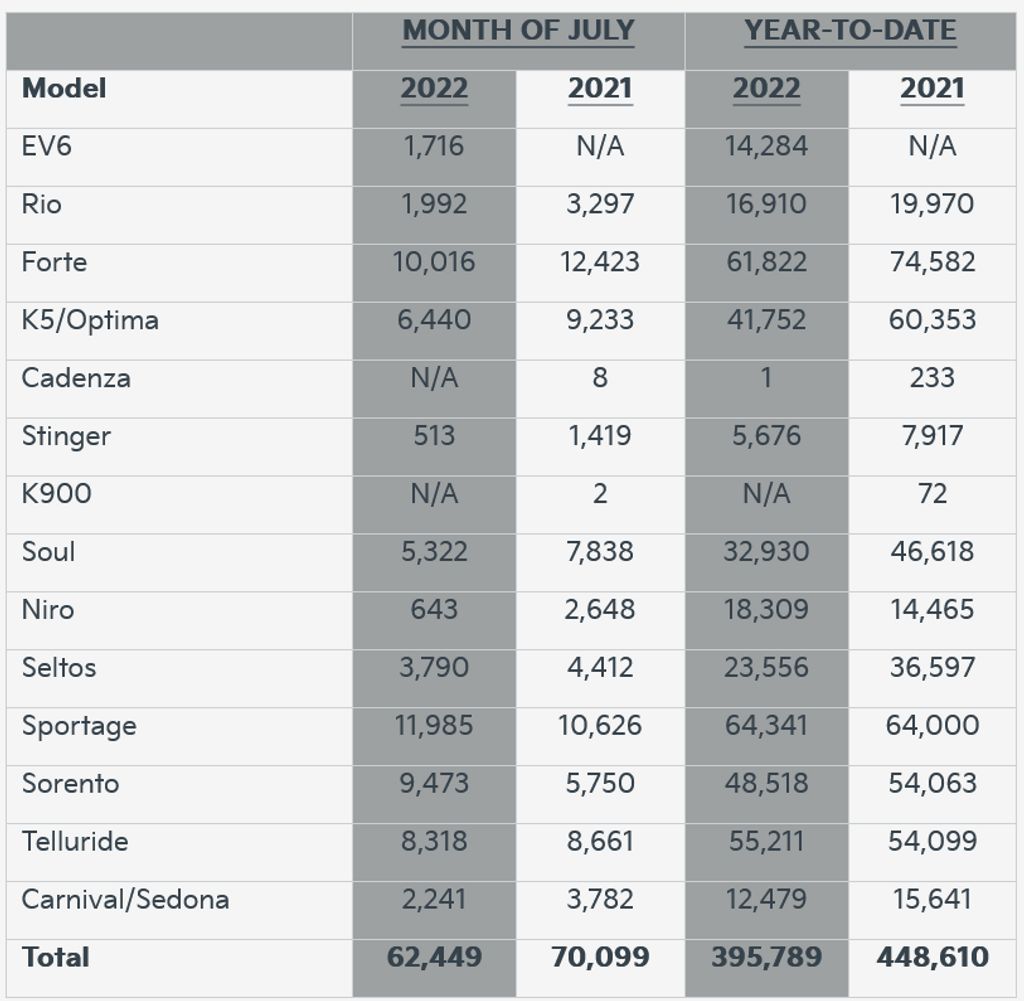 The Kia EV6 is available in several versions and trim levels. At the end of the year, the company intends to launch a sporty GT version (above the GT-Line).

This model has also two cousins, based on the same E-GMP platform – the Hyundai Ioniq 5 and Genesis GV60, both already on sale in the US.