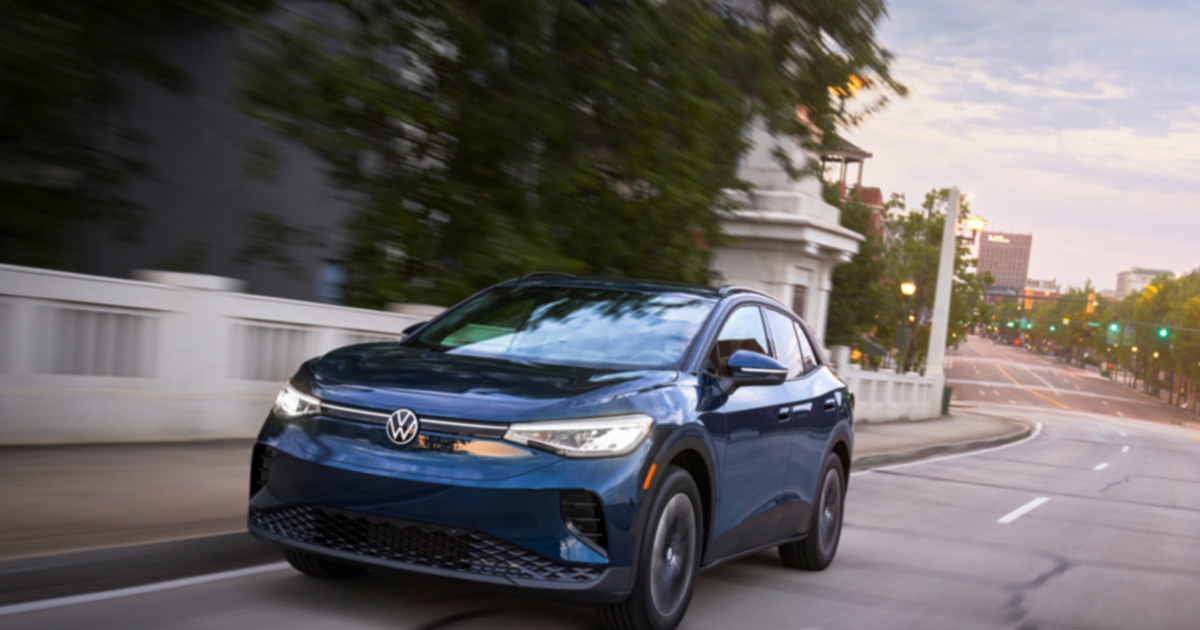 Volkswagen of America has detailed its U.S.-produced versions of the 2023 ID4 compact crossover, which will come standard with a smaller 62-kilowatt-hour battery pack and start at $38,790, including shipping and excluding any federal or other tax credits.

With its smaller battery, the base model rear-wheel-drive crossover will now come with a manufacturer-estimated 208 miles of range, based on a simulated EPA test cycle, and deliver 201 hp, VW says. An optional 82-kWh battery lifts the estimated range to 275 miles in rwd configurations.

The U.S.-produced 2023 ID4, due in dealerships in the fall, will be available in three trim levels and with optional all-wheel drive. A 12-inch touch screen infotainment system comes standard in the updated interior, as does a suite of driver-assistance and safety features, the German automaker says.

The top-end awd version of the S Plus trim starts at $55,290, including shipping and excluding tax credits, VW says.

Brand executives expect dealers will see an exponential increase in ID4 availability with the start of local production. Outgoing VW Group of America CEO Scott Keogh told Automotive News this year that the brand had been receiving fewer than 2,000 ID4s per month on average from the factory in Zwickau, Germany, while local production could reach 7,000 to 10,000 per month.