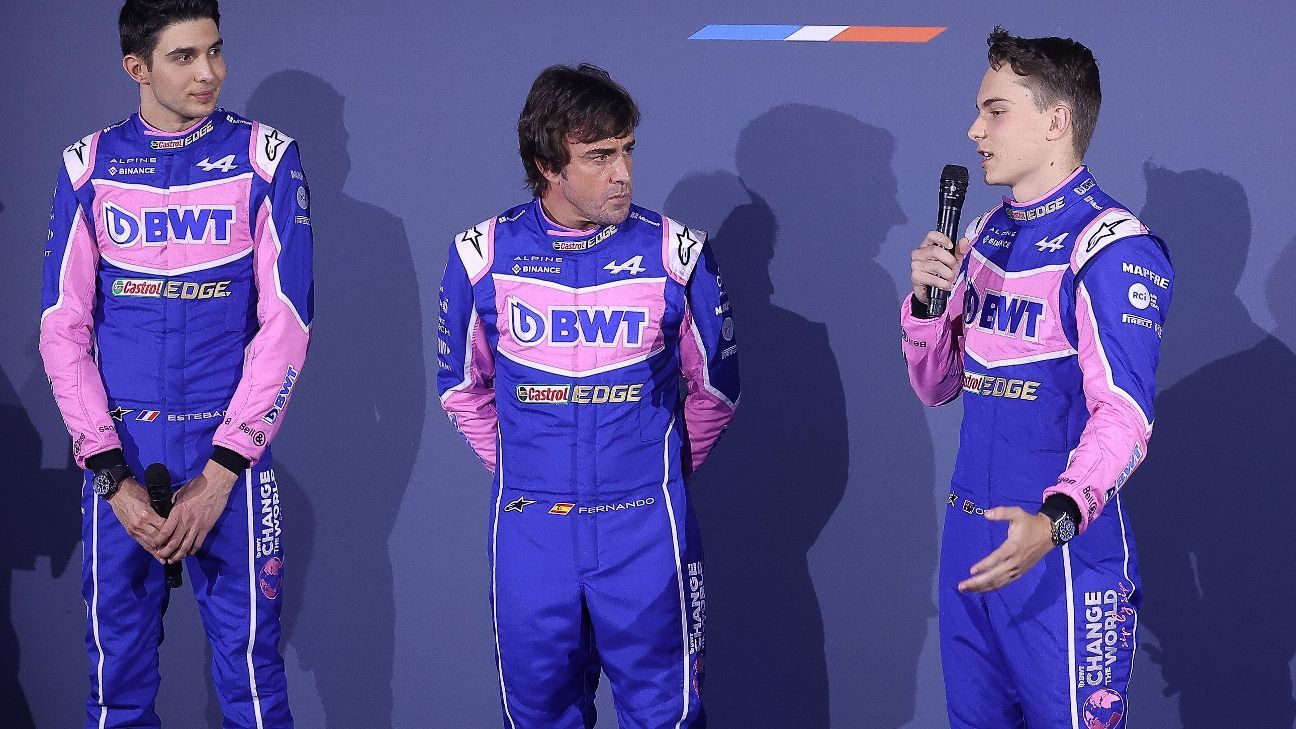 In the space of a few days, the 2023 driver market has been turned upside down.

It all started with Sebastian Vettel announcing his retirement ahead of the Hungarian Grand Prix before Fernando Alonso surprised his Alpine team by confirming he would move to Aston Martin as Vettel’s replacement the day after the race. Alpine reacted by naming Oscar Piastri as Alonso’s replacement the day after, only for Piastri to deny he will drive for the team in 2023 the same evening.

To unpack the madness, we look at the events that led to a chaotic 24 hours for the Alpine F1 team.

After several weeks of speculation, Vettel announces his retirement from Formula One at the end of the 2023 season. In the hours after the news breaks the focus, quite rightly, is on the four-time world champion, but the question of who will replace him can’t be ignored. Vettel says he’d like it to be his good friend Mick Schumacher, but it seems unlikely. Meanwhile, Fernando Alonso, whose contract is up with Alpine at the end of the year, seems like the dream choice for Aston Martin.

After Vettel’s news breaks, Alonso tells reporters his “priority is with Alpine” but adds “all the teams are an option as long as they don’t have two drivers signed.”

Tellingly he adds: “From the beginning of the summer break, it will be the point I need to sit down and conclude something. The summer break starts on Monday.”

F1’s focus switches back to the track for the Hungarian Grand Prix weekend, but Alonso is seen entering the Aston Martin motorhome in the paddock.

Alpine team principal, Otmar Szafnauer, is among those who sees the visit but understands Alonso may just be exploring his options.

The day after Alonso is confirmed at Aston Martin, Szafnauer told the BBC: “I was confident even with the discussions [between Alonso and Aston Martin] — there is nothing wrong with exploring — and that we were very close [to a deal]. I did ask the question, but I was told ‘no I haven’t signed anything’. So I was a bit surprised.”

Aston Martin confirms Alonso has signed for 2023 as Vettel’s replacement. While Alonso was an obvious candidate, the speed of the news is a surprise, not least for Alpine and Szafnauer who found out via Aston Martin’s press release.

Alonso had been in talks with Alpine about extending his contract but only for a single year with an option for the team to extend to a second year based on his performance. Significantly, the Aston Martin announcement makes clear Alonso is on a multi-year deal, giving the 41-year-old more time to realise his dream of returning to the front of the grid.

Szafnauer holds a press conference with reporters in the morning and reveals he did not know about Alonso’s Aston Martin deal until the press release came out. The Alpine team principal also reveals that he can’t get hold of Alonso and relays his last contact with the two-time world champion.

“There were just a couple of minor points that were outstanding [in our contract negotiations], as he said that his lawyer would get back to us on,” Szafnauer was quoted by Motorsport.com.

“I believed that to be the case. “And then, before he left, I confirmed with him that we would be signing soon. And he said, ‘Yeah, don’t worry, I haven’t signed with anybody else. We’ll continue this in the next couple of days'”

Oscar Piastri’s name also comes up in the media session. The Australian is the reigning Formula 2 world champion and has been an Alpine Academy driver for four years. The team has made clear that it wants a return on its investment in his career and, prior to the Alonso move, had been hoping to place him at another team.

But during the interview Szafnauer is unable to confirm Piastri as Alonso’s replacement. Instead he says that Piastri “does have contractual obligations to us”, adding “we do have a legal contract with him into the future for ’23. And if an option is taken up, for ’24.”

He acknowledges reports that Piastri may have signed a pre-contract with rivals McLaren for 2023, but adds “I don’t know what he’s done with McLaren … I’m not privy to that.”

At 5.12 p.m. BST, Alpine issues a press release saying Piastri will be promoted to race driver alongside Esteban Ocon in 2023. The statement says the decision has been made “in line with the commitments made by the team to the young Australian” but there is no quote from Piastri himself and no confirmation of the news via his social media accounts.

At 7 p.m. BST, Piastri breaks his silence with a tweet that makes clear he has no intention to driver for Alpine next year.

“I understand that, without my agreement, Alpine F1 have put out a press release late this afternoon that I am driving for them next year,” he wrote. “This is wrong and I have not signed a contract with Alpine for 2023. I will not be driving for Alpine next year.”

At around 7.30 p.m. BST, Fernando Alonso posts a video of him walking through his home town of Oviedo and gives the thumbs up to the camera. The video includes a gif that says Paradise. Earlier the same morning, Szafnauer had claimed he couldn’t get hold of Alonso because he believed he was “on a boat in the Greek islands somewhere”.

In the space of 48 hours, Alpine has lost Fernando Alonso beyond the end of this year and appears to have lost its promising junior driver Oscar Piastri. It is likely that Alpine and Piastri will now enter a legal dispute over the contract, which may also explain why Alpine issued its statement without consulting Piastri, so as to trigger a clause in his contract.

The news also creates questions at McLaren, which has Lando Norris and Daniel Ricciardo under contract for 2023. It has been obvious for some time that Ricciardo’s seat is under threat for next year, but the Australian has made clear that any option to break the contract is on his side and he has no desire to leave the team early.

Sources have told ESPN that Piastri has also signed a contract with McLaren, meaning the British team could end up with three drivers to fill two spaces while Alpine has one, in Esteban Ocon, for two places. An obvious switch would be for Ricciardo to move to Alpine — the same team he left at the end of 2020 to join McLaren — but Alpine has given no indication that it is willing to let Piastri go without a fight.