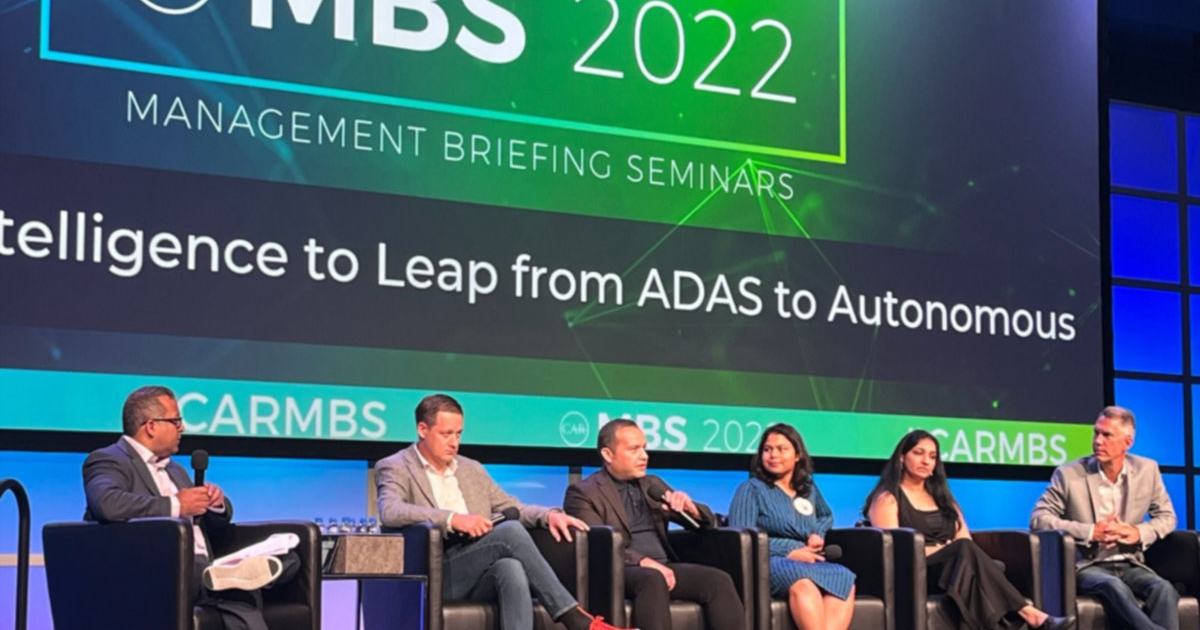 “They use a lot of the same sensors, but the difference is that on the Level 2 vehicle, the most capable sensor in the vehicle is a human,” Nick Sitarski, Toyota vice president of integrated vehicle systems, said during a Tuesday panel at the Center for Automotive Research’s Management Briefing Seminars here.

Level 4 systems, by comparison, require far more technology because they allow the vehicle to drive itself under most conditions.

“You need to re-create what the human is doing … and that’s a very complex and costly thing to do,” Sitarski said.

That’s why the first autonomous vehicles deployed onto streets will belong to commercial fleets and not be available to consumers, he said.

“You need to maximize the utilization of the vehicle so you can amortize that cost and pay for it,” Sitarski said.

Technology companies, suppliers and automakers, including Toyota, continue to invest significant resources into developing all levels of driver-assistance and autonomous technology.

SAE International defines Level 2 systems as those that provide steering and braking/acceleration support to the driver rather than entirely pilot the vehicle. They are designed to enhance safety and convenience at prices consumers can afford, Sitarski said. The driver still must monitor traffic and keep control of the vehicle.

The leap from Level 2 to Level 4 capabilities comes down to the system’s ability to replicate human drivers’ perception and the constant adjustments they make, said Indu Vijayan, director of automotive product management at lidar maker AEye.

“If you’re driving on the highway and suddenly you hear an emergency vehicle coming by, our system should be able to understand that cue to move to the side of the road,” Vijayan said.

While some executives see a massive gap between Level 2 and Level 4, others believe consumers will experience a steady progression from Level 2 to fully self-driving over time.

“If we look at it from a consumer’s perspective, it has to be a step-by-step adaptation with these technologies. The driver and customer can adapt to it,” he said.

As automakers roll out new technologies, the industry must clearly communicate the systems’ capabilities to customers, Sitarski said.

“Right now in the mass market, there are no autonomous vehicles,” he said.

Some companies are running pilot programs, mostly in small geographic areas, with self-driving vehicles, but those are not available for purchase.

“There are lots of vehicles with assist systems, and I think it’s critical that we’re transparent and honest about what these systems are and what they’re capable of and not capable of,” Sitarski said.

The panelists focused their discussion on Level 2 and Level 4 vehicles because they no longer think Level 3 systems will make it to the market. SAE defines Level 3 vehicles as those that can drive themselves but require a driver to take over in certain conditions. The panelists said it is difficult to hand control back to drivers in emergencies and expect them to make proper decisions.

“Handing the controls back to the driver is very challenging,” said Greg Brannon, director of automotive engineering and industry relations at AAA.

Even the transition from a phone call to full engagement with traffic can be difficult, Brannon said. Research conducted by AAA’s Foundation for Traffic Safety found it can take up to 25 seconds to reengage with the act of driving, he said.