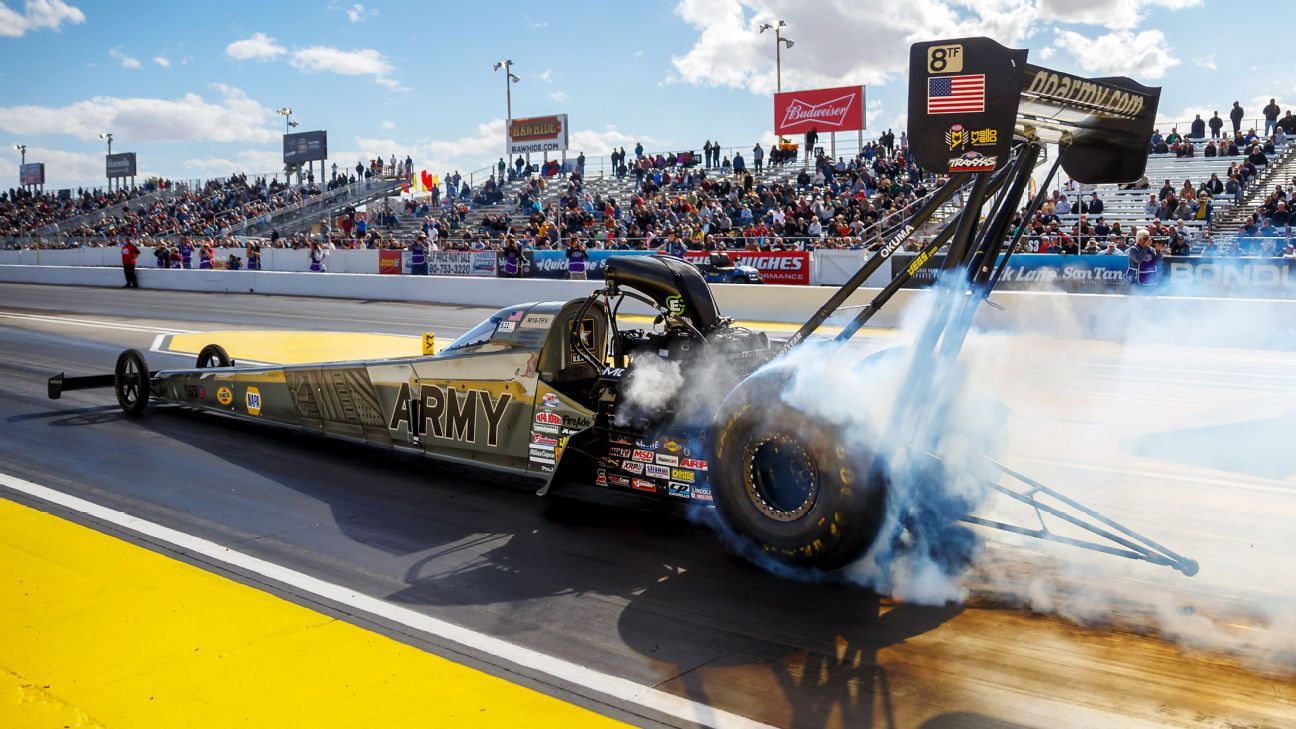 Schumacher, 52, had a 3.977-second run at 251.34 mph against Force in the final for the eight-time season champion’s fifth Seattle victory and first since 2008. Joe and Cathi Maynard won a week after becoming majority team owners.

“This is fantastic,” Schumacher said. “We were having a tough time this year, but we dug deep, worked hard and made some big changes. Joe and Cathi are a great group of people, and when good stuff happens, it’s a beautiful thing. It’s good for my guys, it’s good for Joe and Cathi, and this is cool stuff. You’ve got to perform in this class, and these are not easy to win.”

Robert Hight won for the sixth time this season in Funny Car, and Troy Coughlin Jr. topped the Pro Stock field for the first time.