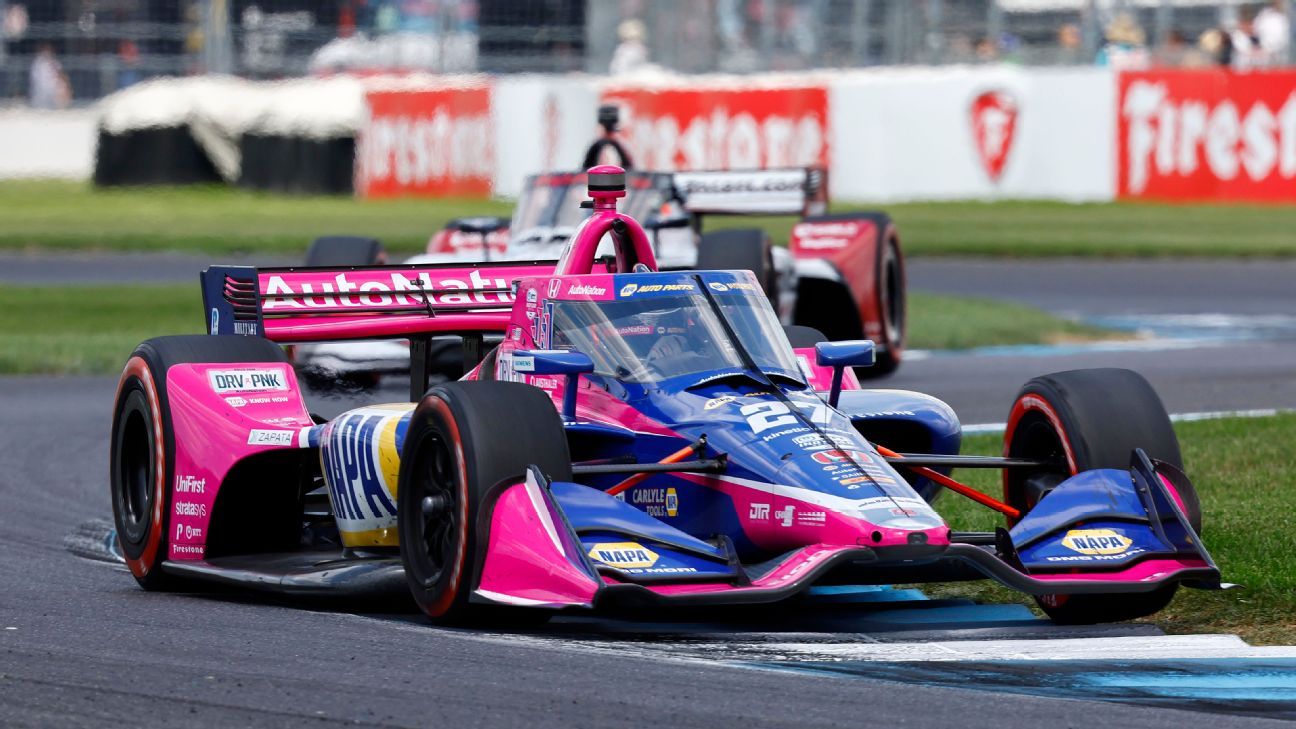 INDIANAPOLIS — Alexander Rossi snapped a 49-race losing streak that dated all the way back to the 2019 IndyCar season by winning at one of his favorite tracks.

Rossi won Saturday on the road course at Indianapolis Motor Speedway, where his 2016 victory in the 100th running of the Indianapolis 500 jumpstarted his American motorsports career. Rossi’s last victory was at Road America in the 10th race of the 2019 season.

“It’s a relief,” Rossi sighed on the victory podium. “To come back at Indianapolis, at home, is really amazing.”

A long slump led Rossi to seek a fresh start, and the California native will leave Andretti Autosport at the end of his seventh season to drive next year for Arrow McLaren SP. It was Michael Andretti who gave Rossi a shot in IndyCar after he washed out of Formula One and returned to the United States seeking to continue his career.

Rossi’s surprise Indy 500 victory as a rookie made him a star and earned him loyal sponsorship that has weathered his long drought. Some of his issues the past three seasons have been team inflicted — errors, mechanical failures and a full Andretti team meltdown earlier this month at Mid-Ohio — and Saturday was hardly a perfect day for the organization.

Colton Herta controlled the early part of the race but slowed from the lead right before the halfway mark.

“Nothing I can do,” he radioed as he tried to cruise his underpowered Honda back to pit lane.

He later walked alone down pit lane back to the paddock as the race continued without him.

“Man that is sad,” Herta tweeted. “We showed what we can do we’ll keep going till we win again.”

Man that is sad… 😔😔 We showed what we can do we’ll keep going till we win again👊🏻 pic.twitter.com/QJeklz3PZn

“Devlin needs to be kicked out of this racing series! He’s an idiot!” Daly screamed over his radio.

There has been speculation that Michael Andretti is reconsidering bringing DeFrancesco back for a sophomore season.

Christian Lundgaard, a rookie from Denmark who made his IndyCar debut in this race a year ago, finished second to give Rahal Letterman Lanigan its first podium of the season. It also gave Honda-powered drivers a 1-2 finish.

Will Power finished third for Team Penske, and the Chevrolet driver cycled back to the top of the IndyCar standings for the third time this season. He now holds a nine-point lead over Indianapolis 500 winner Marcus Ericsson, who started last and finished 11th.

Scott McLaughlin finished fourth and was followed by Josef Newgarden as the Penske drivers worked together to cross the finish line in a row. Newgarden was cleared to race Saturday by IndyCar’s medical staff after collapsing and hitting his head last Sunday at Iowa Speedway.

The race started with six drivers separated by 44 points with five races remaining in the IndyCar season. The six drivers are now separated by 52 points, with a 10th-place finish by reigning series champion Alex Palou costing him ground.

IndyCar returns next Sunday to the downtown streets of Nashville for a second consecutive season. Ericsson is the defending race winner.