The all-new Toyota bZ4x is an important vehicle for the car manufacturer and while customer deliveries only recently started, one example has been listed up for sale through Copart after getting into an accident.

This particular bZ4x is painted bright red and when it was on the road, certainly would have made quite a bold statement. Unfortunately, it has been involved in an accident that has left it a little worse for wear.

The Copart listing doesn’t provide any details about the incident that the bZ4x was involved in but the images suggest that the damage is limited to the front end. The inner section of the front fascia has been torn from the electric crossover, exposing part of the crash structure. Curiously, there are some elements of the front bumper that remain in place, most notable being the dark-colored sides that match the front and rear wheel arches. 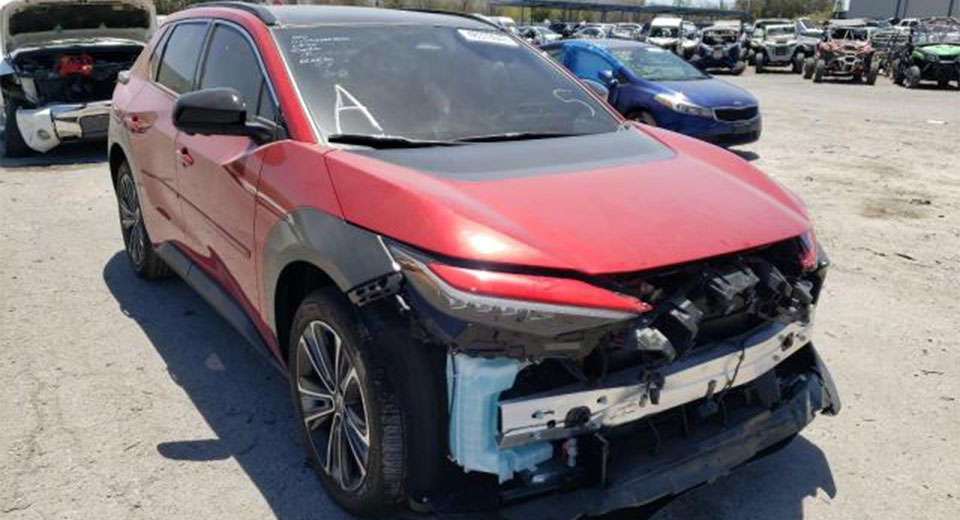 There are no other obvious signs of damage to the exterior of the car and an image of the cabin indicates that only the steering wheel airbag was deployed in the collision. In all likelihood, the EV should be relatively easy to repair.

A look at the odometer reveals that the bZ4x has been driven just 602 miles (968 km), equating to less than three full charges of the 71.4 kWh battery pack. This is roughly half the mileage of another damaged bZ4x that has been listed for sale through Copart. The main difference with that example is that its front end has been completely crumpled and there’s likely no way that it will be fixed and return to the roads.