Canadian police announced this week that, following a multi-jurisdictional investigation, they have charged 28 people with 242 offenses related to a vehicle theft and resale ring in the province of Ontario.

According to CBC, the Ontario Provincial Police have recovered 214 vehicles that all together are worth an estimated $12 million ($9.36 million USD at current exchange rates). Among the vehicles recovered were a Lamborghini Urus, an Acura NSX, an Audi RS6 Avant, a Honda Civic Type R, a Ford F-150 Raptor, and several other sought-after models. The police say that vehicles made by Honda and Acura accounted for 37 percent of all cars stolen.

The police service partnered with several other crime enforcement agencies within Ontario and the province of Saskatchewan, working together on a team that was code-named Project MYRA that has been working to bust this ring since 2020.

Read Also: Thefts Of Hyundai And Kia Models Are Soaring Throughout The U.S. 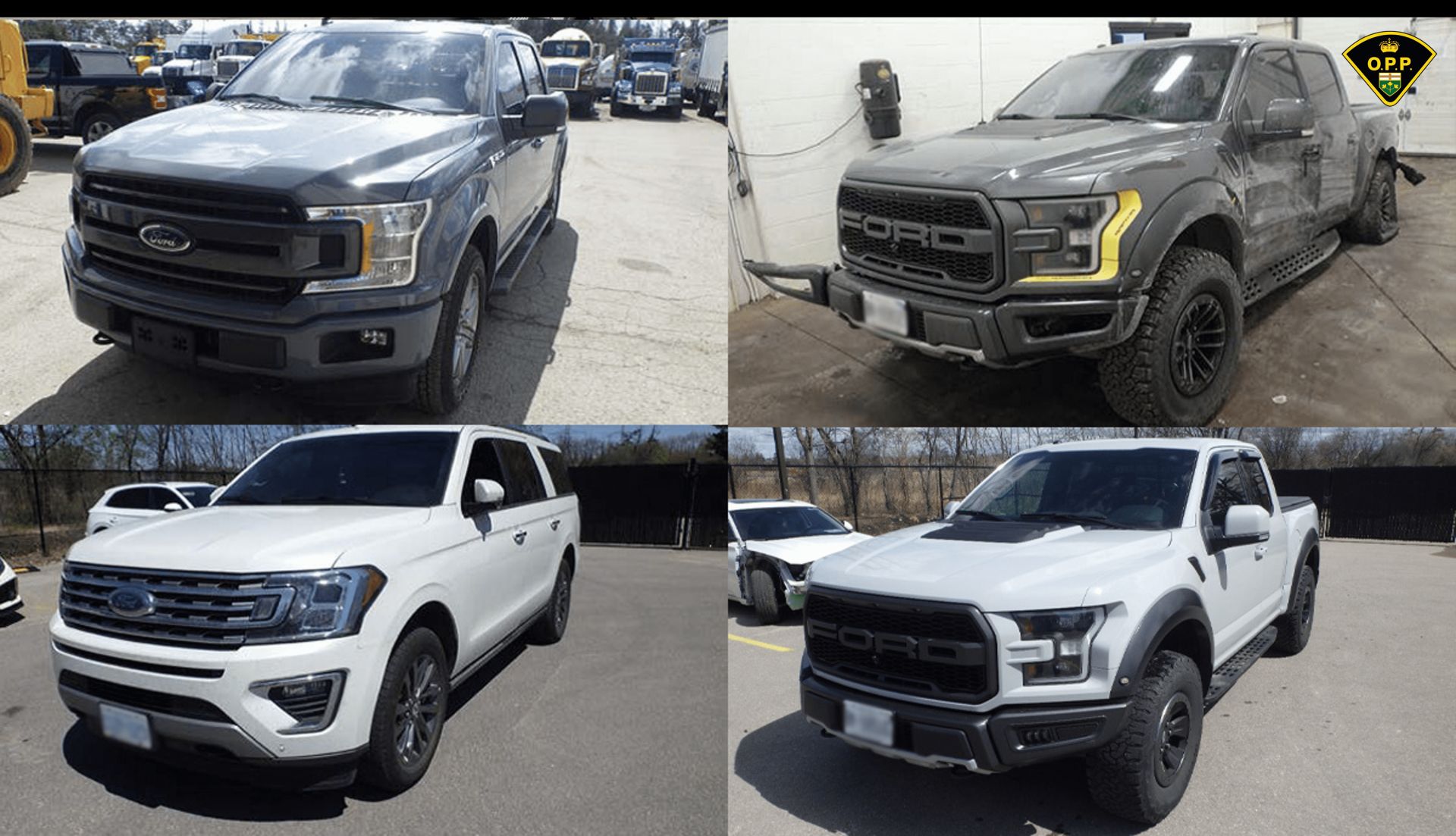 The team said it uncovered an auto theft network that fraudulently modified vehicle identification numbers (VIN) to facilitate the transfer of stolen vehicles through later private sales. Among those charged in this crime were employees of ServiceOntario (which performs many of the same services as an American DMV) who are accused of assisting with the illegitimate registration of the vehicles.

Police identified three criminal organizations as being part of this larger ring of car thefts. Two groups based in the municipalities surrounding central Toronto are accused of re-vinning vehicles, one with a particular focus on high-end models.

The third organization was responsible for fraudulently registering vehicles that were stolen in Saskatchewan, transferring documentation to Ontario, registering the vehicles in the new province, and then reselling them to other individuals, including criminal networks. 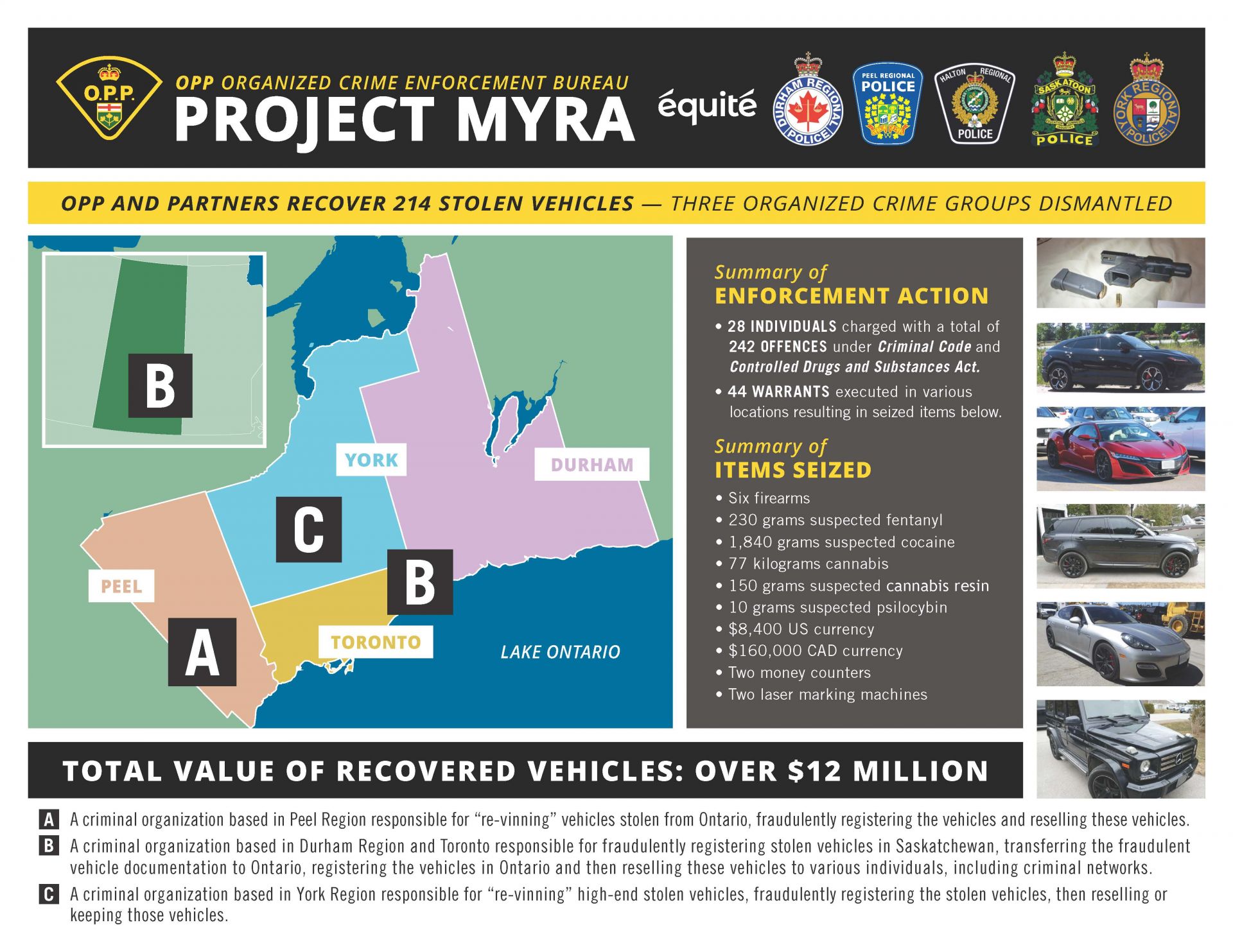 The individuals accused of participating in this crime ring face charges related to the Criminal Code, the Cannabis Act, and the Controlled Drugs and Substances Act. Five of the accused were held in custody upon arrest. The remainder were released and are scheduled to appear in court on various dates in July and August.

Members of the public looking to buy used cars are being advised to be cautious when purchasing a vehicle through a private sale. Police recommend that they be suspicious of any seller who will not provide identification or other documentation.