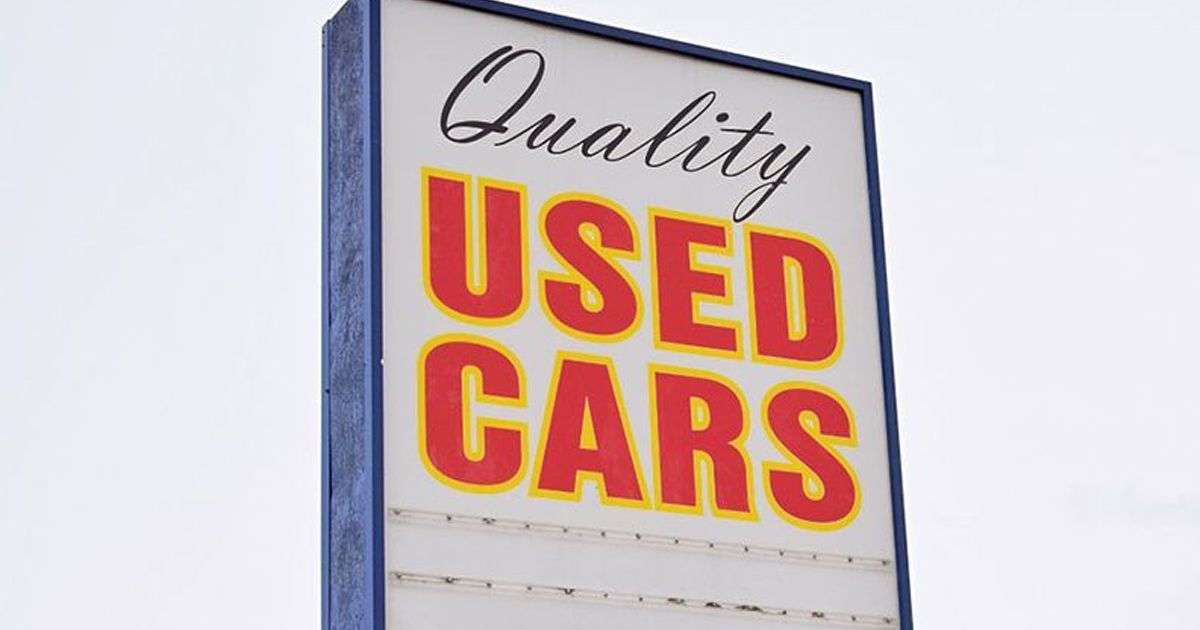 Van Horn Automotive Group has had a digital retailing presence since before the pandemic began in 2020, with the goal of selling vehicles to consumers entirely online.

The group, with 19 dealerships in Wisconsin and Iowa, initially drew on its established brand name and called its offering Van Horn Direct. But the process turned out to be disjointed, and it wasn’t possible to complete a purchase fully online, said Adam Gaedke, the group’s vice president of dealership operations.

Van Horn plans to change that with CloudLot, a digital brand it launched in June for used vehicles. Underpinned by Cox Automotive’s new Esntial Commerce digital retailing tool — co-developed with Penske Automotive Group and white-labeled for other dealerships to use — CloudLot enables vehicle selection, financing, delivery and signatures to be done online, according to the dealership group.

What’s different about CloudLot — beyond just its capabilities — is its name. While its website includes references to Van Horn Automotive Group, the name CloudLot is designed to stand on its own.

Other dealership groups are trying a similar approach. Titus-Will Automotive Group, with six franchised stores in Washington state, in March debuted CarBreezy, a digital sales platform also based on Cox’s technology. Last year, Koons of Silver Spring in Maryland converted its Inride vehicle subscription platform into a standalone used-vehicle acquisition brand, with its own dedicated staff and a new website and mobile app in the works.

In some respects, launching a digital brand takes a page from the playbook of online used-vehicle retailers Carvana and Vroom, which have marketed themselves as convenient and easy alternatives to franchised dealerships. Some dealers say they expect a separate brand can help them expand into markets outside of their home turf or reach customers who might not have considered a traditional dealership before.

“We did do a little bit of back and forth at first: Is this going to be just another version of Van Horn Direct?” said Ryan Thiel, the group’s marketing director.

In the end, “what made us want to go with a unique brand was casting our line out further from where we typically operate,” Thiel said. “We wanted to keep the door open or our options open that if we wanted to advertise CloudLot in, say, Illinois, or a different state where we don’t even operate, that there wouldn’t be this hurdle that people would have to have familiarity with who Van Horn is.”

“We did do a little bit of back and forth at first: Is this going to be just another version of Van Horn Direct?” said Ryan Thiel, the group’s marketing director.

In the end, “what made us want to go with a unique brand was casting our line out further from where we typically operate,” Thiel said. “We wanted to keep the door open or our options open that if we wanted to advertise CloudLot in, say, Illinois, or a different state where we don’t even operate, that there wouldn’t be this hurdle that people would have to have familiarity with who Van Horn is.”

Some dealership leaders also call it a way to control their own destiny — the used-vehicle market is large, and some worry the franchised dealership model has an uncertain future as automakers pursue new distribution methods prompted by electrification, the pandemic and supply shortages.

Carving out used vehicles into their brand, with their own brand promise and complete online buying experience, could be a way for traditional retailers to hedge their bets against that uncertain future, said Brian Pasch, a marketing consultant who works with dealerships.

Some public dealership groups have embraced the strategy, using their scale to layer e-commerce platforms across a nationwide dealership network. About 92 percent of customers using Asbury Automotive Group’s Clicklane tool haven’t bought a vehicle from Asbury in three or more years, said Miran Maric, the group’s senior vice president of strategy and innovation.

“We are talking to a completely new customer,” Maric said.

The idea that dealership groups would want a single, core brand that they can use to differentiate themselves online from rivals makes sense, especially because consumers have realized that technology can speed up the car-buying process and gives them options beyond traditional dealerships, said Tim Copacia, executive vice president of strategic development at UnityWorks, J.D. Power’s video marketing division.

But Copacia said he cautions groups considering such an approach to think deeply about what branding requires.

“If you’re going to deliver it, you really have to fund it, invest in it and build the brand, and that does take time and money and consistency,” he said. “The experience that you promise must deliver, because if you set all that strategy up and the consumer doesn’t have a positive experience, all that vision and planning could go south.”

Standalone brands can be a blank slate, da Silva said. Groups that leverage established brands may see an advantage to their existing assets, he added, similar to how brick-and-mortar retailers such as Target are using their physical stores to help them compete online against Amazon.

“Both strategies could work,” he said. “Honestly, to me it’s all about your commitment and your level of investment.”

Asbury, based in Duluth, Ga., has acquired and retained dealership group brands well-known in their local markets, Maric said. But Clicklane puts a consistent unified brand across Asbury’s dealership network nationwide, regardless of location or franchise.

“There were about five [or] six different names that we looked at that would be really, really interesting concepts, but the plan was we needed something across all generations, across all demographics, and it needed to resonate in every single one of our states,” Maric said. “Something that might work in Utah might not work in Georgia.”

Pasch said retailers with strong local brand equity may want to incorporate their dealership brand into their digital platform. Dealers whose stores are spread farther apart or are less concentrated in a particular region might benefit from a separate and more generic name.

“That’s why this business is so exciting — because there’s never any one way for success, and it allows for entrepreneurial freedom to try new things,” he said. “Some work, and some don’t.”

Alex Perdikis, owner of Koons of Silver Spring, said his group’s Inride used-vehicle acquisition brand eventually could expand into markets beyond its home near Washington, D.C.

Inride is one way to reach consumers who may resist transacting with a franchised dealership, even one with a well-known, recognized name, he said. It’s also an investment in his business’s future.

While Perdikis said he believes in his franchises, “I can’t wait and sit around and hope that somebody likes the retail network that we have for the next couple decades. We’re going to play by the rules and maximize our opportunities, but I don’t want to put ourselves in a box where we’re stuck with certain decisions that we can’t control. So why not build something that you can control?”

Titus-Will Automotive Group aimed to avoid disrupting its current business model when it launched CarBreezy. A Titus-Will marketing employee acts as team lead to manage the CarBreezy platform, which doesn’t use commissioned sales employees. Sarah Lewandowski, marketing director for Titus-Will, said the new brand is meant to “really set apart [doing business] 100 percent online from some of it online.”

The group also operates Titus-Will Direct, a digital retailing tool for its new-vehicle stores aimed at consumers who want to do elements of a purchase online but still want to interact with an employee.

“We have sales consultants and sales managers and finance managers, and they all rely on the traditional business model,” group Vice President Trevor Will said.

“If we were to try and direct the customers that are typically working with them away from them, we were concerned that there’d be disruption in the culture of Titus-Will. And this way, we can completely separate it out and we don’t have that concern.”