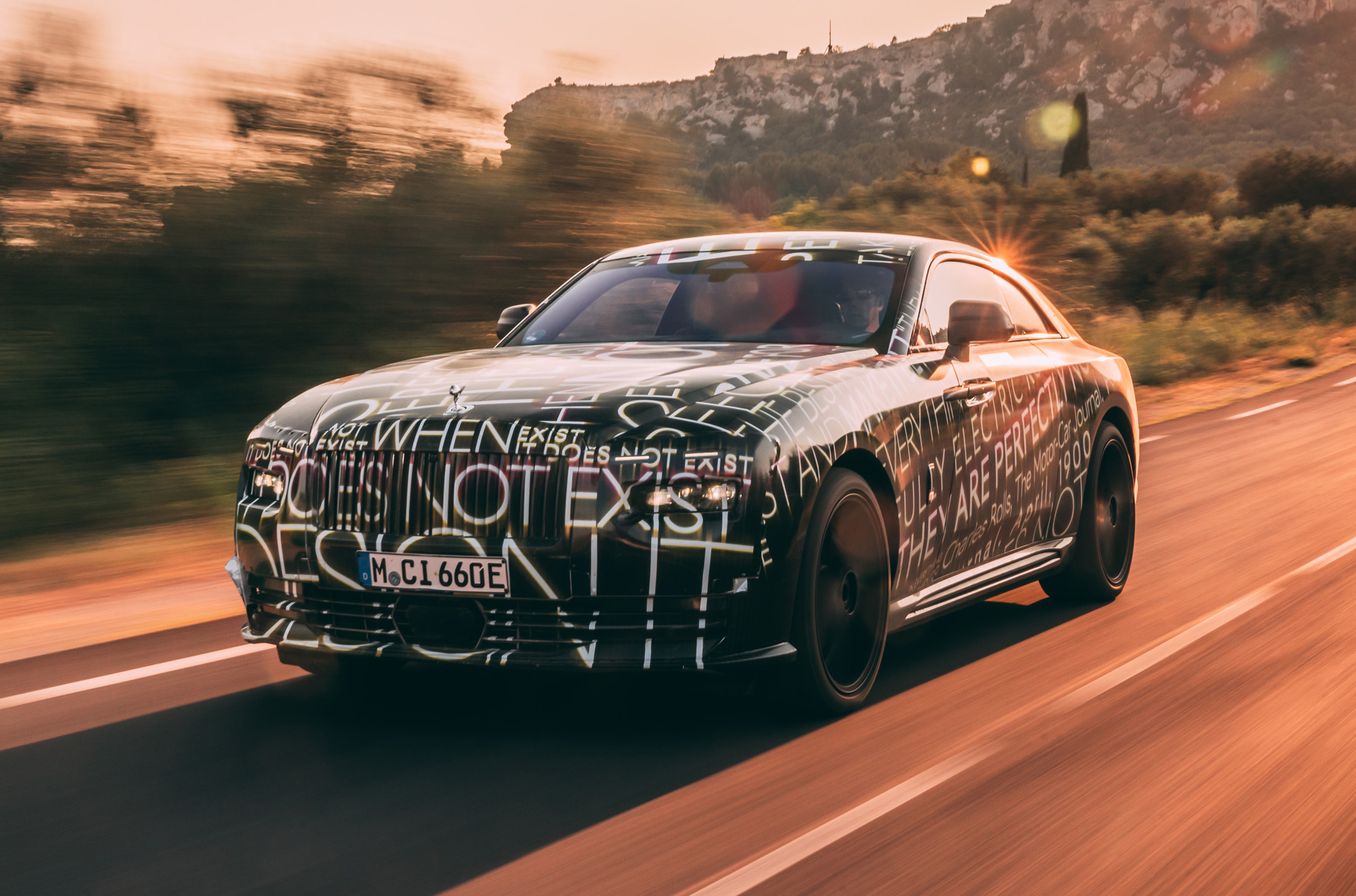 Rolls-Royce has provided an update on its first electric vehicle, the Spectre, which is due on sale in late 2023. The car is a big coupe that Rolls-Royce bills as the spiritual successor to the Phantom Coupe, and it’s set to introduce several firsts for the brands beyond just the powertrain.

Prototypes are being put through their paces around the globe, including previously during the harsh winter of northern Sweden. Currently, Spectre prototypes are being driven in southern France, a natural playground for Rolls-Royces. According to Rolls-Royce, many of its customers frequently visit the French Riviera, and as a result more than half of the Spectre’s test program will take place there.

One of the key elements being tested right now is a new suspension system designed to deliver ultimate comfort. It’s an electronic roll stabilisation system that uses data from various sensors that can read the road surface, as well as information for the navigation system.

On straight roads, the system can automatically decouple the anti-roll bars, allowing each wheel to act independently. This results in a much smoother ride as there’s no longer the vibrations or rocking motions that can be experienced when only one side of the vehicle hits a bump or rough patch.

For approaching corners, identified by the navigation, the anti-roll bars are recoupled, the dampers stiffened, and the four-wheel-steering system adjusted for vehicle speed, all so that entering and exit the corner is made as smooth as possible. For cornering, there are more than 18 sensors used to monitor things and make adjustments to systems like the suspension, steering, braking, and power delivery.

Also aiding ride and comfort is the rigid design of the Spectre’s aluminum space-frame platform, claimed to be around 30% more rigid than in other Rolls-Royce models. The platform is a modified version of the one that debuted in the latest Phantom. It has been reinforced with steel sections in the Spectre. The car’s battery, which weighs 1,500 pounds and is mounted in the floor, also serves as a structural element to further boost rigidity. 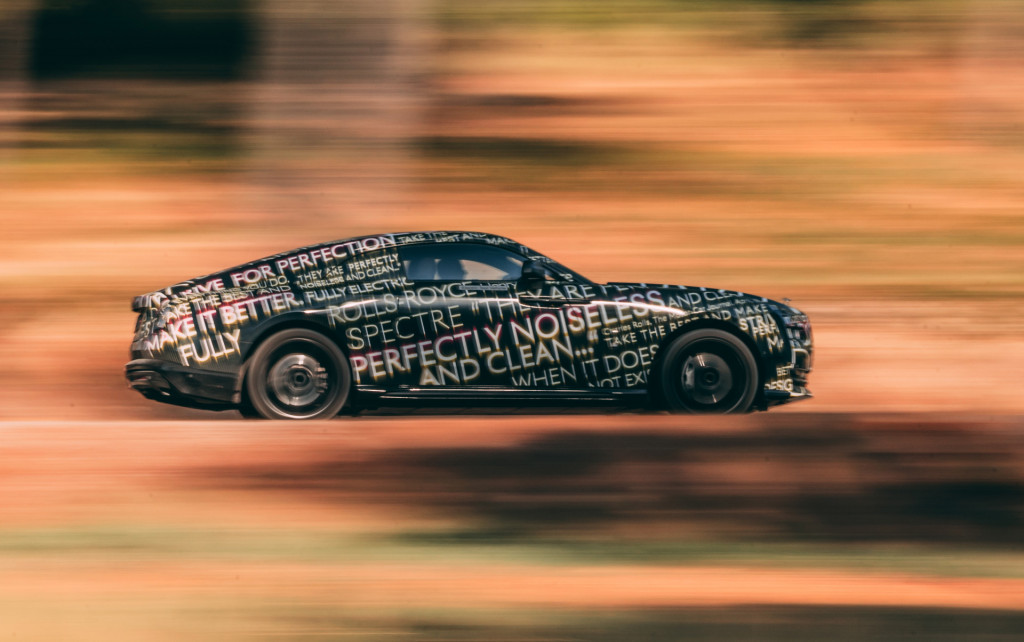 The body of the Spectre will be mostly aluminum, with some panels to be the biggest ever fitted to a Rolls-Royce. For example, there will be a side panel stretching from the A-pillar all the way to the taillights, measuring approximately 157.5 inches in length. Likewise, the pillarless coach doors will be the longest in Rolls-Royce history, measuring approximately 59 inches in length.

Rolls-Royce is yet to detail the Spectre’s powertrain, but we know it will be powerful as Rolls-Royce has described the car as a combination of supercar and grand tourer.

Rolls-Royce engineers have completed approximately 40% of the Spectre’s development. In total they will have driven more than 1.2 million miles. This will be in addition to simulated testing which is meant to represent 400 years of regular use.