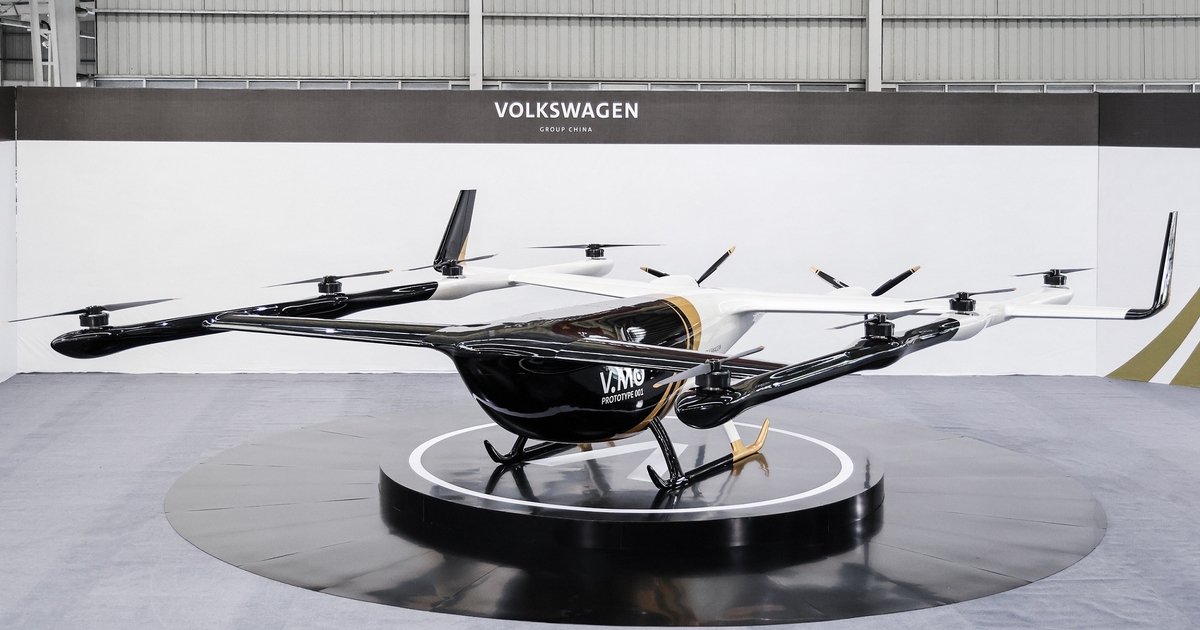 Volkswagen Group’s China unit, exploring concepts for future mobility services, unveiled a prototype of a full electric and automated drone at its headquarters in Beijing.

The prototype, capable of vertical take-off and landing, has an X-shaped wing with a span of 10.6 meters. It features eight rotors for vertical lift and two propellers for horizontal flight.

Test flights of the prototype will begin later this year and an improved version will undergo advanced test flights starting in the summer of 2023, VW said. The final version of the drone is expected to carry four passengers and luggage over a distance of up to 200 km, VW Group China said.

In the first phase of commercial use, the drone will likely be marketed “as a premium product for high-net worth, tech savvy Chinese customers,” VW said, using VIP air shuttle services as an example.