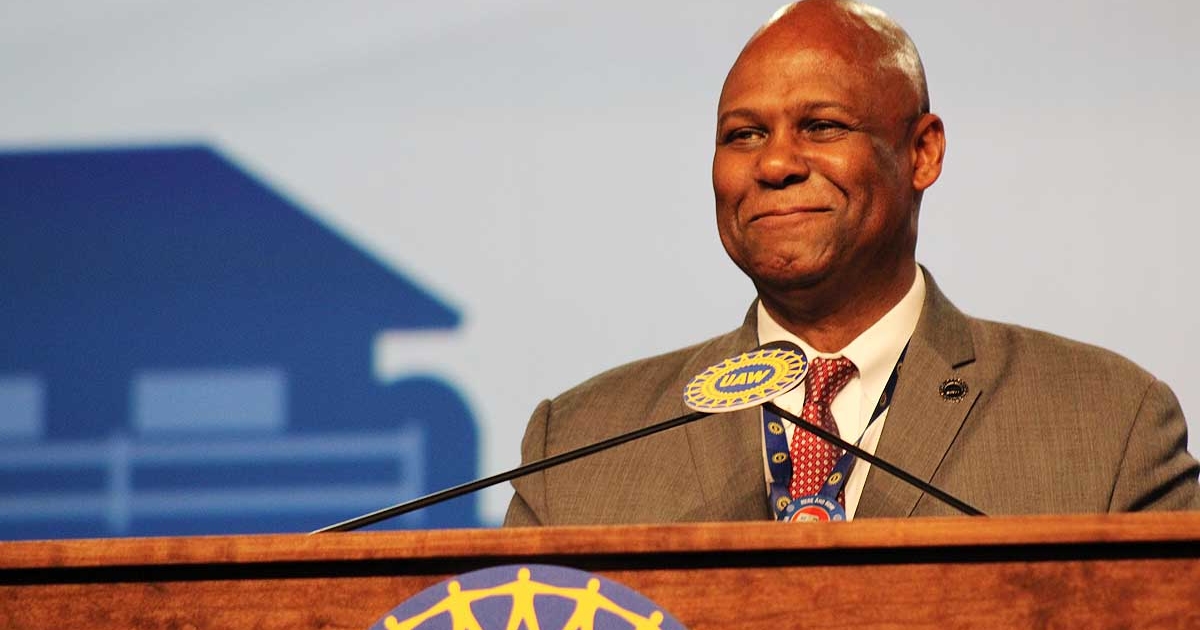 DETROIT — In a break from tradition, UAW President Ray Curry will not deliver a state of the union speech at the organization’s 38th constitutional convention, which is set to adjourn Thursday afternoon here.

Curry’s speech, which was originally planned at the end of the convention’s first day, had already been delayed three times.

“By motion of the delegate body, the remaining agenda time of our convention will be spent on convention business and not speakers,” a UAW spokeswoman said in a statement. “As a result, President Curry will not be delivering a state of the union speech today but will present remarks for membership at another time to be determined.”

The four-day confab grew chippy earlier Thursday when delegates held up proceedings for about 90 minutes in a form of protest over what some members believed were unfair and unnecessary debates on resolutions from earlier in the week.

This year’s convention was unique in that members of the International Executive Board were not elected as in past years; instead, delegates nominated a slew of candidates who will stand for election this fall as part of a new one-member, one-vote election system.

Delegates at the convention earlier voted to increase the union’s strike pay to $500 per week and implement it beginning on the first day of a potential strike, instead of the eighth day. The increase was advocated by the reform caucus, Unite All Workers for Democracy. The union’s executive board had previously increased strike pay to $400 per week, from $275.

However, on Thursday afternoon delegates voted to overturn the $500 amount, returning strike pay to $400 per week.

Delegates also previously voted for wage increases for International Executive Board members and voted down a proposal that would have allowed UAW retirees to run for international office.